In Mario games on the GameCube (eg Mario Sunshine or Paper Mario: The Thousand Year Door), it is possible to complete the game, beat the final boss, and attain 100% completion and save such that the load-game-screen shows 100% or 120 stars, etc. However for the same games on the SNES and N64 (ie, Super Mario World, Mario 64, and Paper Mario), I cannot figure out a way to attain 100% completion because after the final boss is beaten, the games hang on the final screen after the credits instead of returning to the title-screen/menu where the player can save post-final-boss.

I am unsure about Paper Mario, but I would imagine that it followed a similar mechanic of crediting you automatically.

The indicator that you have beaten every level (both in their normal ways and via finding their secret exits) is indicated on the load screen with a star beside the number of levels you have beaten. You receive this star upon finding 96 different level exits/bosses: 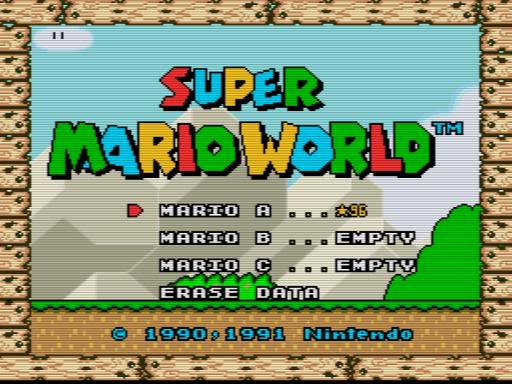 100% completion is denoted by collecting 120 stars. This is actually shown on the load screen when you complete the game: 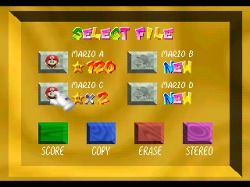 100% completion is achieved by obtaining all badges, star pieces, and recipes.