Currently my house is a multi-storey tower with the outside door on the second floor, where I can jump and open/close the door (and then enter). Could a zombie during a Blood Moon (or any other door-capable monster) do the same to enter the house?

Baseline answer: A mob (evil NPC) must be standing on the same level as the door to open the door.

Mobs can jump but will generally only do a large jump if the player is near by. So while it may be possible for them to do so, it is not entirely likely. The thing I would be concerned about is when the monsters spawn on the ledges because you just happen to be standing at the right spot to make it a valid spawn location. Putting in good NPCs will help with this a bit, but its still a concern.

Here is a picture of my last base (well, two towers out of it, it expands more to the left with a couple more buildings). All the doors seen in the picture are mob safe, they are up one block from the standing level the mob will be on, and there is nothing for the mob to jump to as long as the door is closed. There is one weak spot on the right hand tower, if you look at the internal doors on the right side of it, they are on the level with the flooring.. So if a mob can get through the lower right hand door (which is offset properly mind you) then they can jump to to any level and start running havoc! 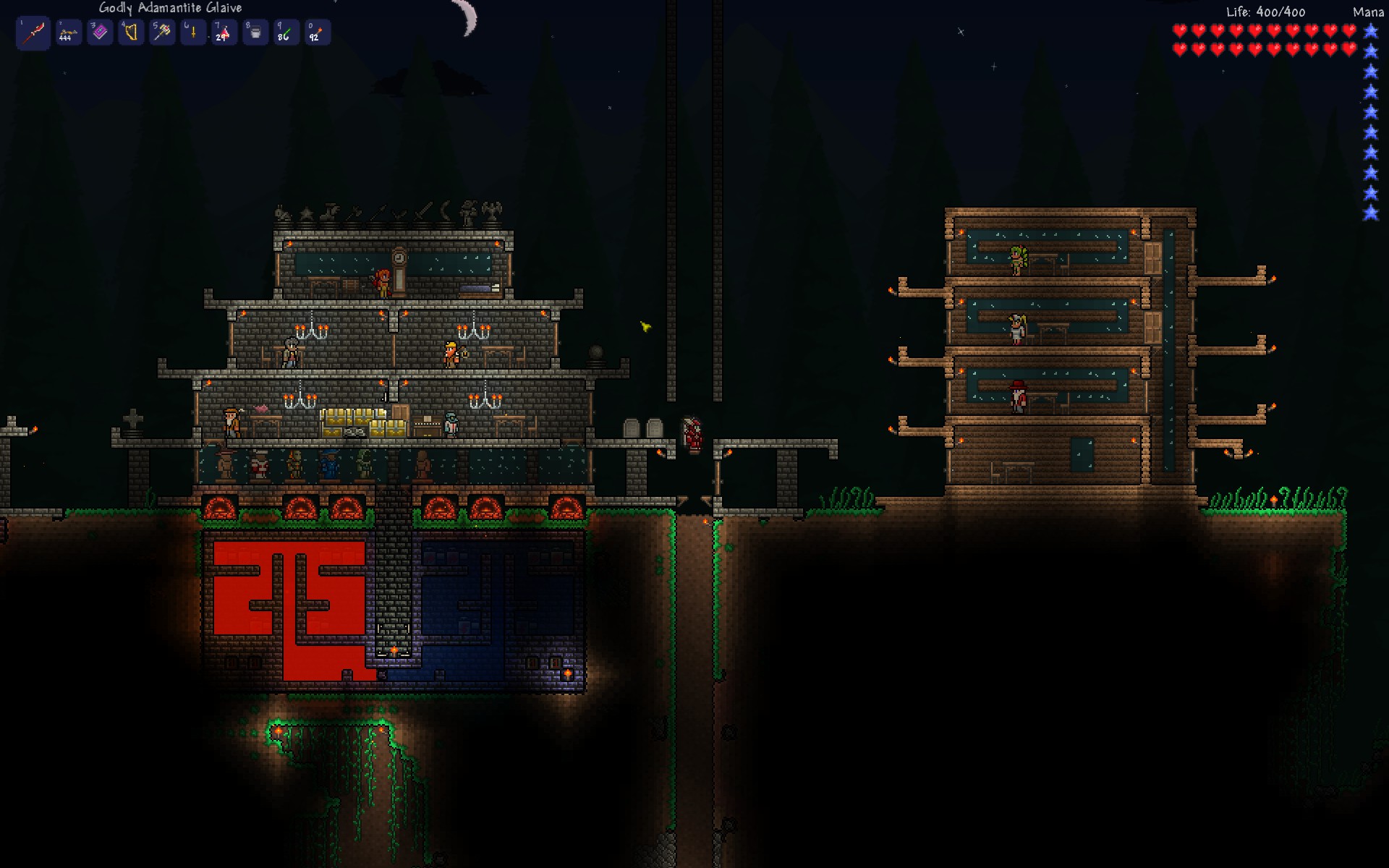