As per the title, do the VC Red / Blue / Yellow releases use the original system (used for gen I & II), or the modern one (used for gen III onwards)? I suspect it’s been updated to use the modern one (possibly with IVs limited to the range of 0..15, and a few other hacks, to mimic the old system), due to compatibility with Bank, but I’d like some clarification on this.

tl;dr: IVs and EVs are the same as they were originally while playing RBY. However, these values change when you transfer Pokémon to the Pokémon Bank. At this point, IVs will be semi-randomly generated upon transferral and EVs are simply set to 0.

The 3DS ports of Red/Blue/Yellow were kept virtually the same as the originals, even including the same glitches (like the Mew glitch on Nugget Bridge). For reference, here is a list of differences between the 3DS Virtual Console versions and the originals.

This means the old EV/IV system was also maintained. However, this does not translate to the current system, as you’ve mentioned in the question.

According to this article based on datamines of the games, it doesn’t have a system similar to the current one at all. In fact, it seems that Pokémon will simply be assigned EVs and IVs when transferred to Pokémon Bank.

Individual Values (IVs) are determined randomly. However, at least three stats will have a perfect value of 31. That means that every transferred Pokémon from RBY will have three good stats at least! The exception is Mew, who gets at least five perfect IVs instead.

Similarly, Natures will be generated upon transferral, though these are based upon EXP earned.

Nature is an interesting aspect. Bank determines what the new Nature is based on the gained EXP of the Pokémon:

Each number corresponds to a Nature, which is listed below (assuming the same system is maintained). If you’re determined to get a good nature for your RBY Pokémon, you can give it some EXP to do just that! 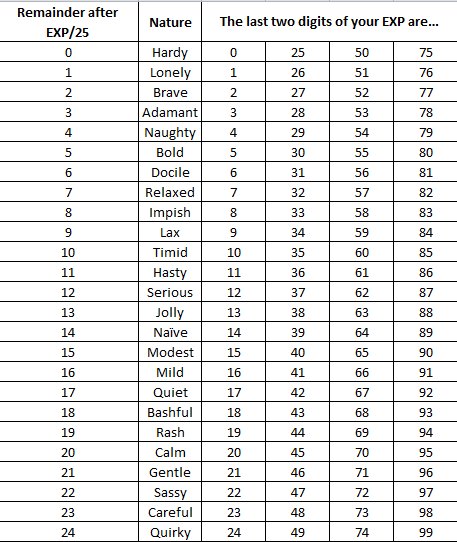 Almost every Pokémon from RBY will gain its Hidden Ability. There are three exceptions; Mew, the Weezing line, and the Gengar line. This is because these Pokémon have no Hidden Ability.

This means that Machop will not have the No Guard Ability when transferred. No Guard Fissure Machamp can’t exist!