There are a lot of different ways of identifying items (as expounded here), and often it seems that several steps are required. I know there are lots of tables of this information on the NetHack wiki and elsewhere, but I am looking for one or more flowcharts that cover everything to make ID-ing as painless as possible.

To clarify what I’m looking for, an example: Wands. The first step would be to write Elbereth in the dust, then engrave Elbereth over it with the wand. This would lead to several identification messages. If the result is that the engraving vanishes, the next steps would be to zap a potion or scroll, to see if it’s teleport, invisible, or cancellation. Etc.

The more complete, the better. For example, including price identification info for items that don’t have messages on use.

Since it doesn’t look like anyone is jumping on this, I’ve decided to give it a go myself.

This chart doesn’t show every possible way to identify, but I’ve tried to at least cover all wands. I don’t believe there’s a way to distinguish between exhausted, cancelled and nothing wands, short of a scroll/spell of ID, but I may be wrong on that. 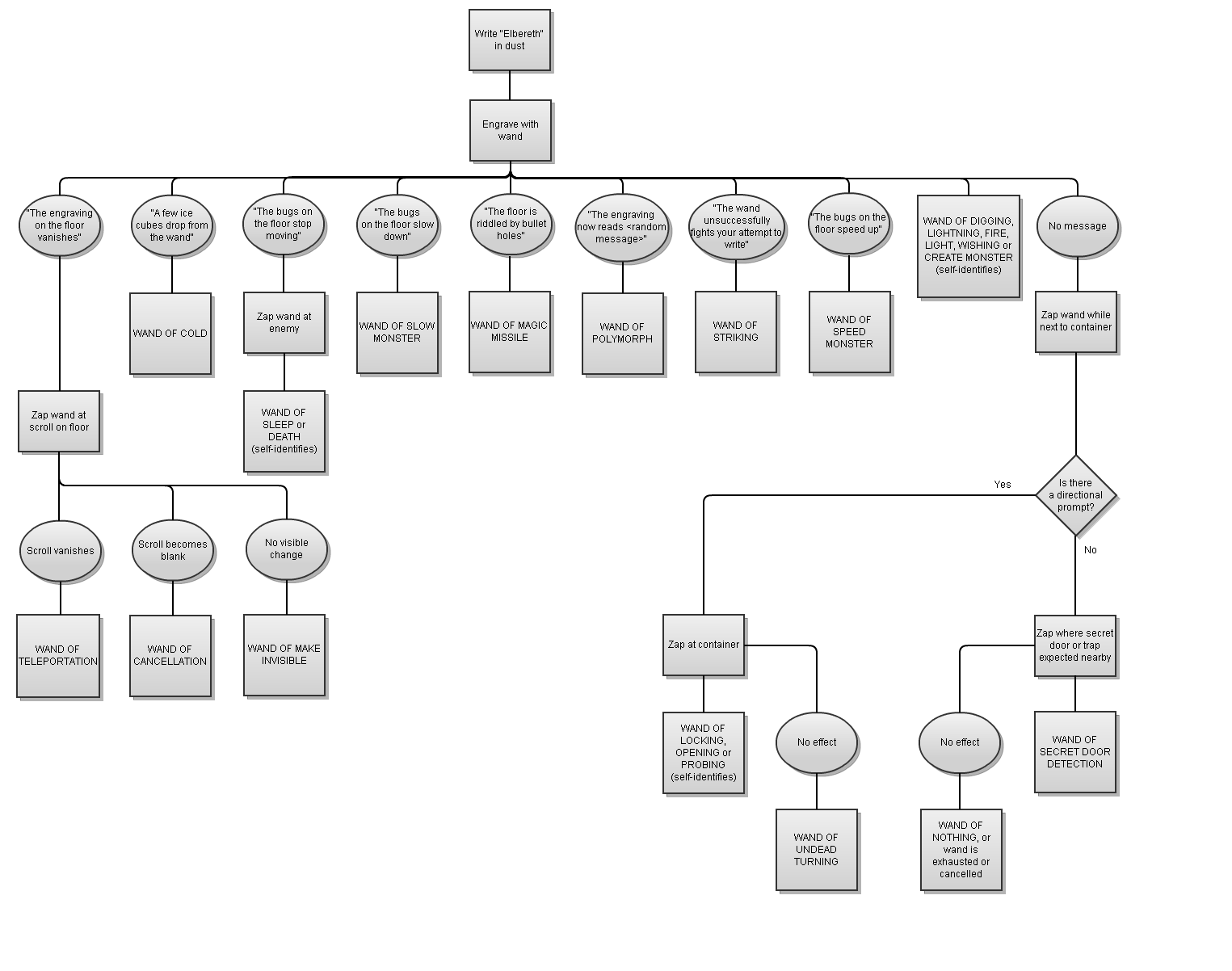 View diagram in its full glory ↗

It’s highly inadvisable to quaff unidentified potions if they haven’t been checked with a unicorn horn first (where I noted you may want to stop). They could be hallucination, confusion, blindness, sleep or paralysis, and that’s a lot of ways to be incapacitated. If some or all of these are already identified, or you have a safe place to wait it out, the risk is mitigated.

It’s also worth noting that I didn’t list all potions that can be identified by tossing at a monster. For example, potion of sickness gives a message, but is easily identified by dipping.

Rings are fairly difficult to identify indirectly. Aside from the ones that increase an attribute, relatively few are automatically identified by wearing. However, if you’re willing to sacrifice the ring (or if you have duplicates), sink identification is a surefire method.