After beating the game, I still have several empty inventory spots. I most likely missed several items in my addicted frenzy to finish the game.

What are all the items that can be found in the game?
And where can they found?

Well, I figured it out, so I decided to compile a list to help anyone else: 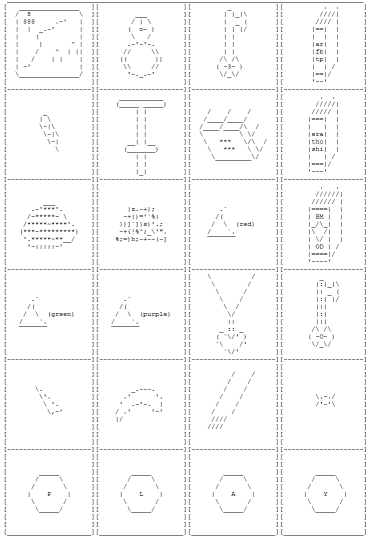 I’ve hidden the locations so that (if you want) you can see the list of items without ruining the reward of finding them for yourself.

“Map of the world”

Received after clearing the rats from the basement of the last house in the village.

“This item gives you a new ability in quests : you can slow down the time. If things are going too fast for you, use your time ring!”

Purchased from the Candy Merchant

“This grimoire provides you three spells, quite easy to cast. It is really made for beginners. You will be able to use the acid rain spell (a large quantity of acid drops will fall on your enemies), the fireball spell (a giant magic ball made of fire will fly towards your enemies), and the teleport spell (which will teleport you to an unpredictable location).”

Purchased from the sorceress.

“This magic feather allows you to jump higher when you use your poto stick!”

Found by killing a bird in the “desert” quest.

“This item allows you to jump in quests!”

Found by clicking on the asterisk right next to the cave on the map.

“This heart plug, made with iron, spider legs, and a special “heart liquor” sealed in the center, will increase your health points by 20 percents!”

Found by following the arrows that appear on the doorways of the cave.

“This advanced grimoire provides you two spells : the erase magic spell and the thorns shield spell. The first one will erase all the magic from a quest at some point including the spells you casted and your enemy’s magic. The second will create around you a shield of floating thorns which will inflict damage upon contact.”

Purchased from the sorceress.

“This magical sponge allows you to squeeze yourself just like a sponge, therefore reducing your size.”

Found on the sea floor of the “Jump into the sea” quest.

“Shell powder is often used by farmers to improve the growth speed of their lollipops. This powder will multiply your lollipop farm production by three!”

Found on the sea floor of the “Jump into the sea” quest.

“This magical fin will greatly increase the damage of your fireball spell. Finally this fireball becomes useful.”

Found in the “Jump into the sea” quest. Kill the sea horses, and you will start seeing sharks. Eventually one with a red fin will appear.

“You found this grimoire in a cave, it was very hard to reach, and that was for a reason. It provides you two powerful black magic spells. The first one will create in front of you a giant wall made of obsidian bricks, which can be useful to slow down your enemies. The second one will summon a swarm of demons attacking everyone in the quest, including you. Be careful with this one.”

Found in the hole.

“This magical fin will bring the power of nature to your lollipop farm! Your production will be multiplied by 5.”

Found in the “Jump into the sea” quest. Appears after the red finned shark.

“This magical fin will provide you a new black magic spell. You can only use it once per quest. Be very careful with this one!”

Found in the “Jump into the sea” quest. Appears a long time after the green finned shark.

“This heart pendant will increase your health points as long as you keep it around your neck.”

Found in the hole

“This key allows you to enter the very ancient fortress located above the desert. Who knows what you could find there?”

Found in the Hole.

“This magical horn belonged to a unicorn Its powerful healing powers will help you a lot. You heard that this unicorn was named Charlie.”

Found in the left room of Desert Fortress

“This claw belonged to a xinopherydon, a two-headed ancient animal everyone believe to be extinct. It will double the damage of the weapon you’re using.”

Found in the left room of the Desert Fortress. Fight the Xinopherydon on the upper level.

“This special pitchfork allows you to loosen the soil without turning it over, therefore preserving below-ground soil ecosystems. It will triple the production of your lollipop farm.”

Found in the Dark Room in the Castle. You click the Campfire in the middle of the room.

“This talking candy appeared after you put the four stones at the top of the castle’s tower. He might help you to open the candy box…”

Found after putting the p-l-a-y stones in the top of the tower.

Received after completing the lighthouse challenge.

Found in a chest at the end of the drop monster and eggs room of the castle.

Earned by defeating the devil.

Earned by defeating the developer.