In the ARAM queue that arrived with the Freljord patch you can re-roll a champion you’ve been given by using a re-roll credit. How fast do you accrue these re-rolls? Is it based on number of games played or number of champions owned?

The formula for Reroll points gained is 30 + (1 x Champions Owned) per game. This has been stated in the forums by a developer, and is very easy to confirm in the post-game stats by mousing over the Reroll point awards. 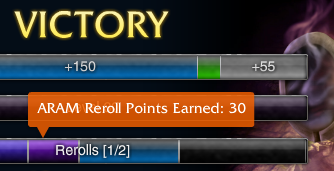 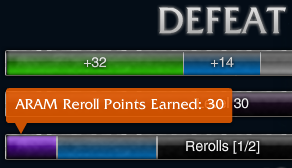 Note that I own 58 champions. 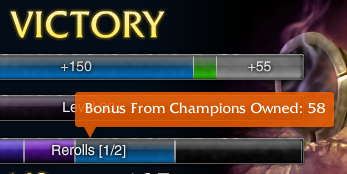 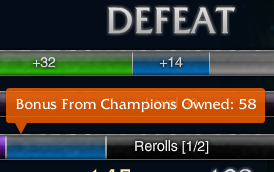