In Fallout 4, my Sanctuary Hills settlement has suddenly started having this problem where some of my settlers and Codsworth decide to throw a party on top of one of the abandoned buildings. They don’t do anything but stand there.

Clearly it’s a glitch. Googling has suggested a “spring cleaning” mod to remove the building entirely (it’s the one that has the workshop in the driveway).

I placed a ladder against the side of the building and carefully climbed up (the roof is mostly holes), but while I can happily go up, my settlers will not come down. They really like hanging out of top of this roof apparently.

How can I get my settlers to come down without using mods? I’m open to console commands, but I’m trying to finish my first play through “vanilla” before installing any mods.

As a side note, this only recently happened after I fought off a super mutant attack at the settlement. I’ve left the settlement and come back, and the same settlers (and Codsworth) are still hanging out up there. The screenshot is the exact location of where I’ve propped the ladder, but they’re just ignoring it. 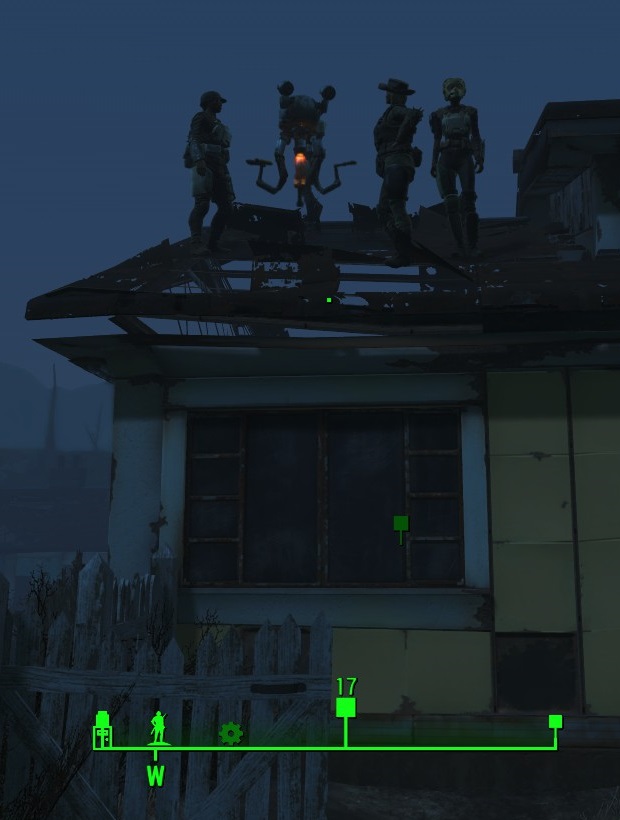 Here’s the easy way. Looking at them (the way you are now), open the console. With the console open, click on one of them to select them and type into the console moveto player. Press Enter and it will teleport the selected NPC to you (you’ll have to close the console for it to take effect). Do the same for each NPC up there.