How do I know what weapon my enemies have before they attack me with them?

I remember what some of the weapons look like, however not most of them. The scanner doesn’t seem to provide any information.

Here are some weapon images that might help you get used to identifying enemy weaponry: 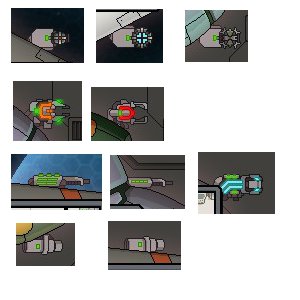 Note that ion weapons glow a particular shade of blue – both the bomb and ion “laser” weapons glow the same color.

In the final sector, you’ll come across:

a “final boss” of sorts – the rebel flagship. The weapons follow the same general design, but are slightly different in appearance. It’s weapons are, from left to right, an multi-shot ion cannon, a multi-shot laser, a 3-shot missile launcher, and a beam weapon.

I can’t inline this one and keep the spoiler space, but here’s an image of its weapons.

The outermost two weapons are damaged in your first encounter, but the other two persist through to the end. It’s final form has a massive burst-firing energy weapon that has no corresponding visible firing point or related subsystem.