You know how every time Borderlands 2 launches it tells you to press any key? …and how, after you press the any key, it decides to spend a few seconds too many checking for downloadable content? 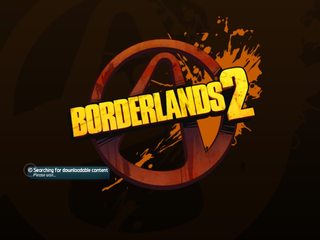 …and then it fails to find any anyway? Yeah, I would love to know how to skip this check too.

Here’s my understanding (some investigation, some guess-work) of what happens:

First, I used opensnoop on macOS to check what files BL2 was accessing and when, and for me it spends about 30 seconds going through the various files in

around the time where it’s saying “Checking for downloadable content…”

At the very least, it opens a lot (all?) of those files, and it takes a while doing so, so I’m pretty sure it’s loading them and doing something with the content.

Second, I tried renaming a directory inside the DLC directory (Aster). This had no effect; it still processed that incorrectly named directory, and didn’t download a new copy.

Fourth, I removed the whole DLC directory (replaced it with an empty directory), and it loaded almost instantly. Again, no downloading… but it did then pop up an error that my saves were unusable due to lack of content!

Fifth, I removed some DLC via Steam to see how it ran with fewer DLCs… but Steam didn’t actually remove anything from the DLC directory. I don’t know why, but I guess once it’s installed its required (probably due to saves breaking if the DLC isn’t installed).

So, at least for a Steam installation (on macOS, though I expect Windows to be the same), it’s almost certainly just reading the DLC files during this time, and a faster SSD and/or CPU/GPU will likely be the ways to speed this up. I doubt you can get away with not loading these files.

Not definitive of course—it’s possible that this step is unnecessary cruft accidentally left in (and it loads those files at another point), but it certainly doesn’t seem to be actually checking against a server that’s running slow, or anything like that…

TL;DR: Install it on an SSD in a fast computer. Sorry.