I noticed that I got some initial traffic problems at the point where the initial highway is connected to my city. At the beginning I simply elongated both roads that came from that highway, but this doesn’t seem to scale.

What I wanted to do now is to create a single six-lane highway from these two four-lane roads. I’d be open to continue to use two roads in parallel here, but I didn’t manage to add any way of crossing between the lanes when I tried that idea.

So, how do I merge two one-way roads into a single two-way road? Or, if my idea is really bad, what is a good way to connect the initial highway access to my fledgling city?

Here’s a screenshot of the roads I want to connect, if my description wasn’t entirely clear: 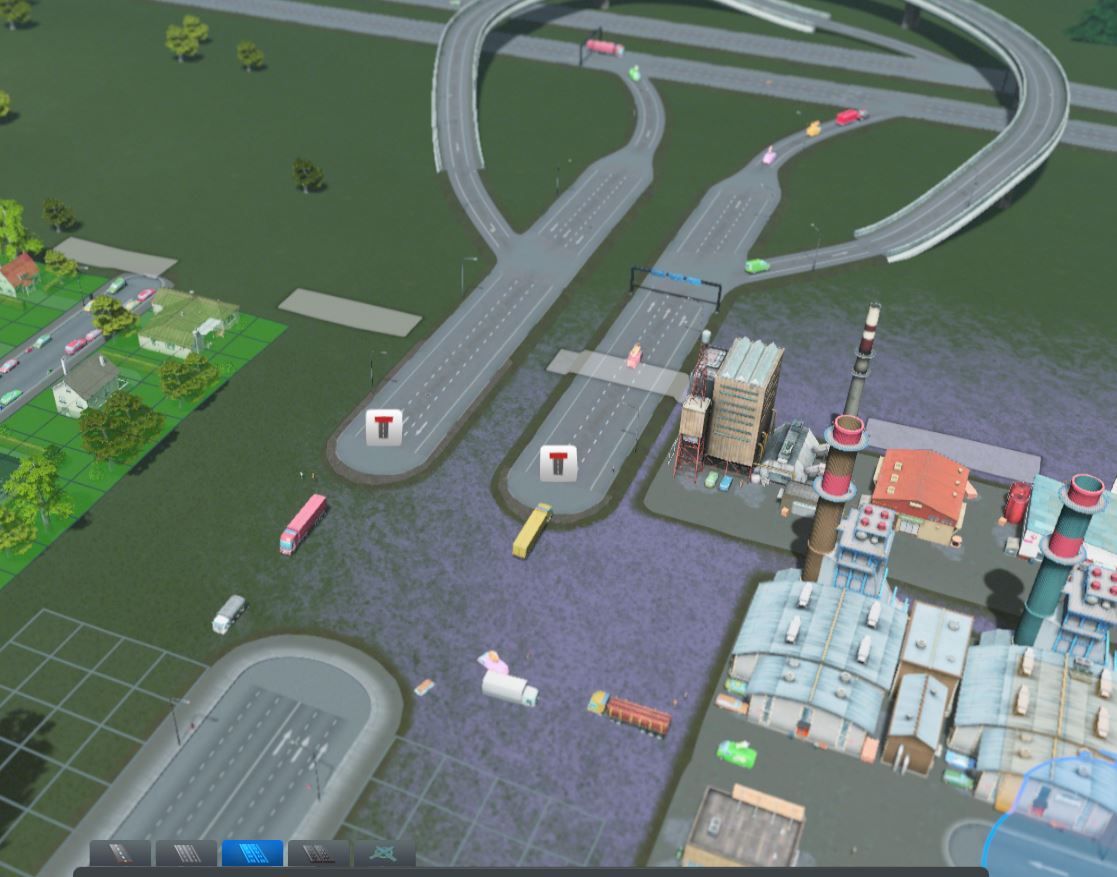 This isn’t necessarily the best junction, but it avoids traffic lights and allows uninterrupted flow of traffic on to and off of the highway – all for very little effort. I’ve found it to be sufficient for quite a long while after starting a city, I get much more traffic build up elsewhere first.

At the start of the game you cannot build additional highways, so for now you can use one-way 2-lane roads (see left image). This isn’t great though – as well as looking a bit odd, the 2-lane road also has a lower speed limit than both the highway and six-line that it connects. It still works pretty well, but you should upgrade these links to use highway once you unlock them (see right image).

Highways at the top. 6-lane at the bottom.
2-lane version is left image. Highway version is right image. 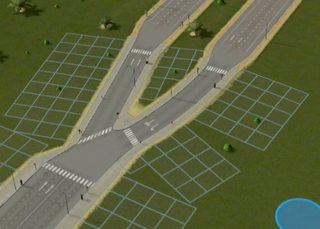 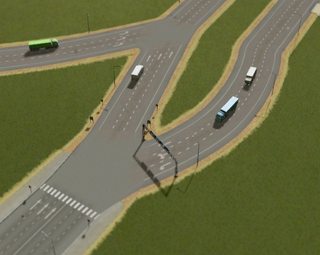 Also, as a bonus, you can see an extra outbound highway link coming from the left for trucks leaving my industrial area.
Note how that merges with the other highway section in a way that doesn’t interrupt traffic.

As said, this still isn’t perfect. If you note the inbound road has a ‘turn right’ arrow in its right hand lane – which allows traffic to U-turn back onto the highway. In the highway version, this actually means only the left two of the three lanes will be used to merge.