Why do I want to make a nuclear reactor? Because they’re awesome. They are a good source of EU. However, my first reactor did not end up well, and I need to learn how to create a safe one without it blowing up my house. What is a breeder reactor and how is it different from a nuclear reactor? Additionally, how can I make a safe nuclear reactor that won’t explode?

EDIT: I think this picture speaks for itself. 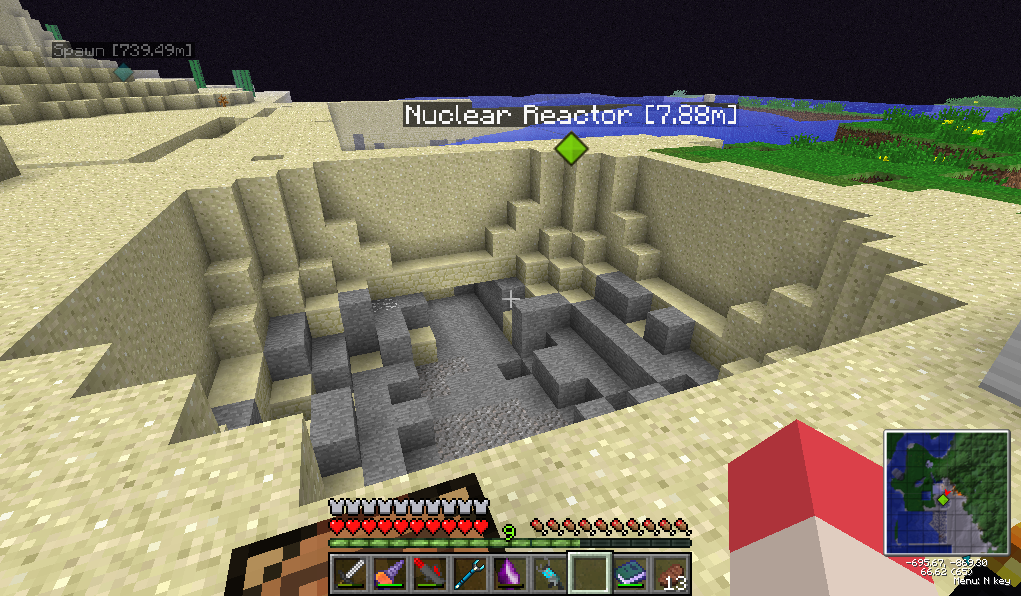 The Technic Pack wiki has an excellent article on the ins and outs of nuclear reactor design and terminology. Be warned that the article is outdated since the cooling methods in IC2 were changed (external passive cooling doesn’t work anymore, and there are other coolant changes), but it’s still an excellent article on understanding the basic design concepts.

Essentially, you want a reactor that is inefficient, so that it does not generate any more heat than it can dissipate passively by itself. This will run indefinitely without overheating – overheating is how a reactor goes critical and explodes. Such reactors are called “Mk I” reactors (say: “mark one”). How to make a Mk I is way too specific for a Q&A site, since there are as many designs as there are people trying to create more efficient designs. However, there is an online Java-based tool for simulating reactors, so you can test out designs safely: the IndustrialCraft Reactor Planner.

Reactors are classified by how dangerous they are:

The more efficiently the reactor uses fuel, the more dangerous it is.

Breeders are an entirely different beast. They are designed to take depleted fuel and enrich it for use in a regular reactor. They produce relatively little EU and generally need to be run at a very high temperature. They can be safe, but the high temperatures means that miscalculations leave less margin for disaster control and require careful heat management built into the design.

Breeders are classified by whether they lose, gain, or maintain their heat level. A “negative” breeder needs heat added more or less often, usually in the form of lava buckets. A “positive” breeder gets hotter as it runs, needing occasional cooling or shutdowns. A “neutral” breeder has exactly-balanced heat generation and cooling, so it stays at a steady temperature. Sometimes a neutral breeder needs external heat (lava buckets) added to get to working temperatures, but after that can be left alone.

There are other classification details, but those are just about measuring efficiency.