In the first chapter you are supposed to slay the Kayran, this enormous beast: 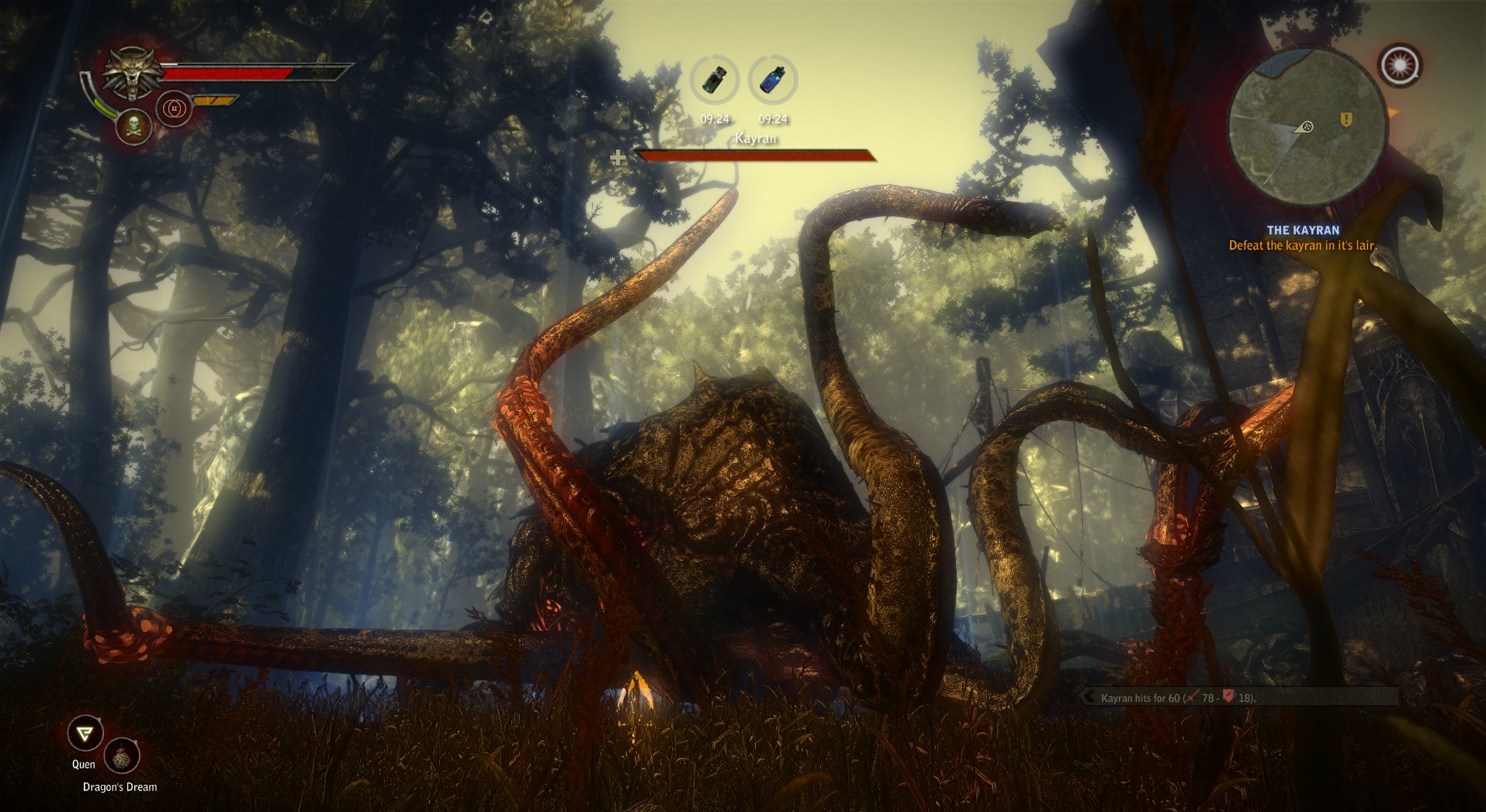 I’m having a hard time with it. I drank the Mongoose potion for poison resistance and I have the Kayran trap, but it just hits me too often with its tentacles. Especially when the Kayran swings a tentacle sideways, not from above, I have a very hard time evading it.

Is there any trick besides not getting hit by the tentacles?

With a lot of luck I’m getting as far as the point where it’s throwing stones. Any idea what I’m supposed to do then?

After finally beating the Kayran, here are some tips on killing the beast.

You need to trap the tentacles using the Yrden sign (The 4 tentacles with the slightly glowing, thicker part). You can only trap the 4 rear tentacles with the glowing part, the front tentacles of the Kayran cannot be trapped!. If you crafted a Kayran trap, you can use that one for the first tentacle, the location is highlighted if you have the trap in your inventory. You need to place an Yrden trap at a location where the tentacle will hit the ground. The easiest way to achieve this is to stand in the same location as the trap, once the Kayran lifts its tentacles, immediately roll to the side. The tentacle will hit the trap and you can sever it.

Avoiding the tentacles is important, a direct hit can do a lot of damage. Watch the pattern, you’ll quickly notice when the Kayran lifts its tentacles and it is time to evade. Sometimes it also hits you from the side with a tentacle, but I haven’t found what triggers this attack. You also shouldn’t stand directly in front of the Kayrans mouth, it can perform an attack that poisons you (if you didn’t drink the Mongoose potion) and immobilizes you.

You can also use the Quen sign to protect yourself from damage, but you have to time the casting right or you’ll just be hit by a tentacle while or shortly after casting it.

After severing the third tentacle you get a quicktime event (right click, repeated left clicks and space) which will cause parts of the old bridge to collapse. The Kayran now throws stones after you. You need to go to the left and go up the fallen down part of the bridge that now leads directly onto the Kayran. And then you’ve finished this fight. Don’t forget to loot the Kayran for reagents and crafting material. 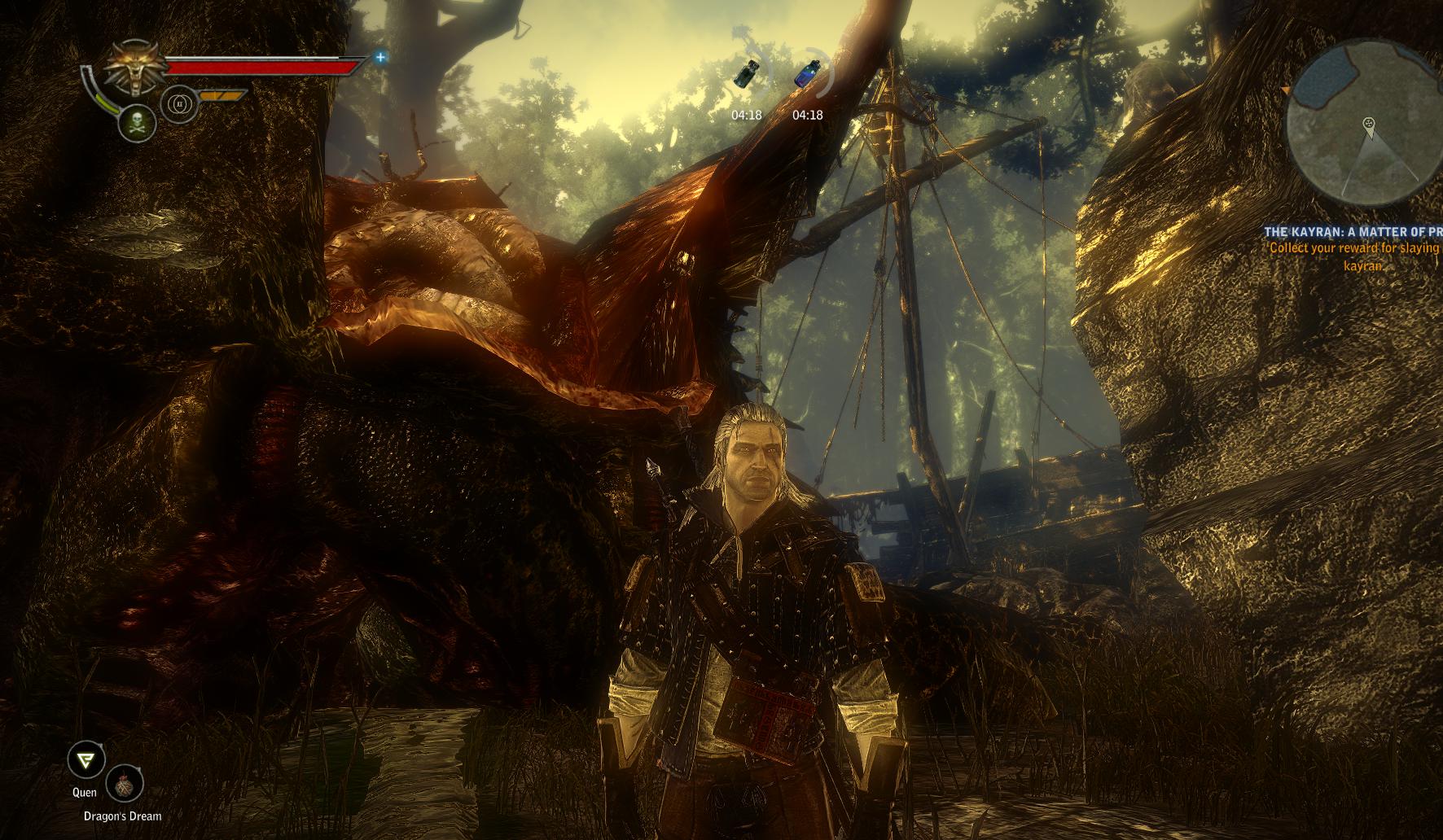