I’d like to be able to capture video of me playing games on my Wii, especially when getting past tricky levels so I can share my techniques/tricks with others. Obviously, I could just point a camera at the screen, but the quality of the capture is extremely poor and would take up physical space in the area where I normally sit to play.

What’s the best way to capture that so I can post it to YouTube, Vimeo, etc? Can I use Mac OS X? Windows? what hardware do I need? Software?

Probably the cheapest way to do it is to use a USB capture card. Personally I use the EzCap116 which works nicely.

You can hook the cable and device directly into your computer and play using capturing software. I recommend AmaRecTV, which will allow you to record video, play with aspect ratios, deinterlace, full screen and so on.

If you want to play on your TV while recording on your computer, you’ll want to split the signal. I use a stackable composite splitter similar to the ones sold here on eBay: 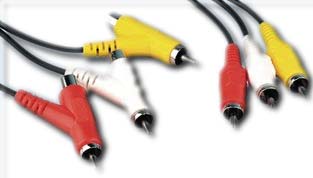 If you want to see an example of this setup, here’s a video of somebody connecting their Xbox 360 in this manner; it will work the same for the Wii.

EzCap also has their own official YouTube channel, with a setup video, which uses 3x female-to-female phono splitters. I recommend doing this so your video quality stays consistent between the displays you are splitting to.

You may also want to check out EzCap’s official website.

Follow up: I have been using this setup for a while, mostly for Wii videos myself. I wanted to comment on the stackable composite splitter that I previously recommended.

The splitter I recommend above is not a standard cable. You will not find it anywhere in standard retail outlets — only specialty shops and bootleg type cables.

The reason for that is because this specific cable suffers from a severe loss of quality on at least one end. The colors are dark and washed out. I do not recommend this cable if quality on both displays is something you are concerned with. If this is the case, go with something else, such as the separate splitters mentioned above, or get a switch box that handles this.

I regret buying the cable. I will say, however, that it is very convenient to only have one piece of hardware that splits your composite signal into two. But it is not worth the loss in quality nor the price.