I recently got a quest to fight “myself”, an opponent with the exact same HP and sword as I: 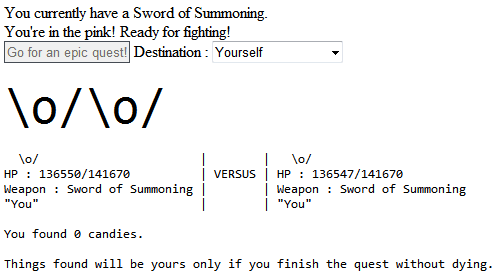 What are effective ways to defeat one’s self?

From a question closed as a duplicate of this one (What does the sorceress mean by being “able to surpass yourself”?):

The sorceress recently gave me an option to buy the ability to “surpass myself” in exchange for a million lollipops. I bought that ability. Afterwards, the sorceress now says this: 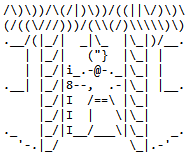 You are now able to surpass yourself. Congratulations !

There are two solutions to this level. The first solution, as mentioned before, is to pay the sorceress the sum of 1 million lollipops. Now this doesn’t sound all that appealing. This is the easy way to do it.

However, if you want to save yourself the lollipops and time, fight yourself and wait until the moment you drop under 25 life to cast a fire scroll. Easy win if you can time it right.

I had about 400 life when I killed myself, so health wasn’t an issue. I suppose the fire enchanted sword would be optimal since it does additional damage.