To my surprise, I could not find this by googling, but what is the arm reach of the player? As in, how far can you mine blocks while standing in one place?

As of Minecraft 1.0, the reach distance seems to have changed. It appears to be 4 metres (blocks) in SSP (survival single player), and 5 meters in multiplayer (most likely to compensate for the lag, making combat and block placement easier).

In my testing, when mining directly in front of your character (at head level) and when right against the block you are mining, you can mine four blocks ahead of your player. (I was right against the red wool block, and I couldn’t reach the cyan block at the end.) 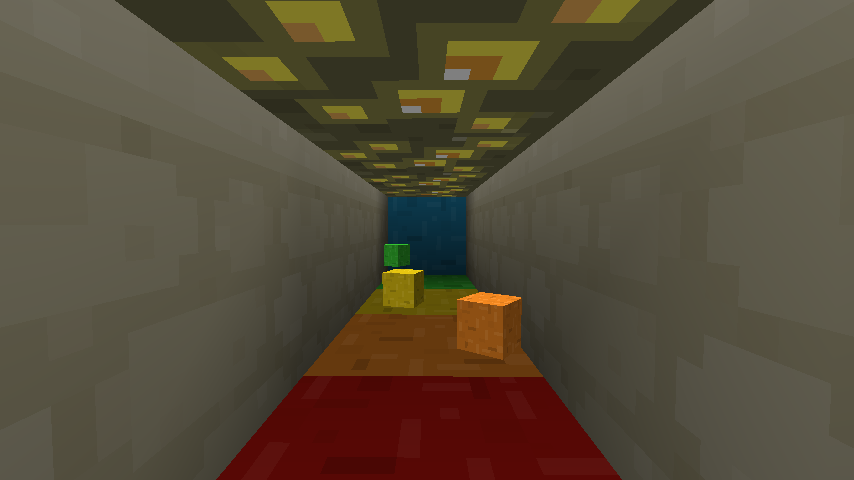 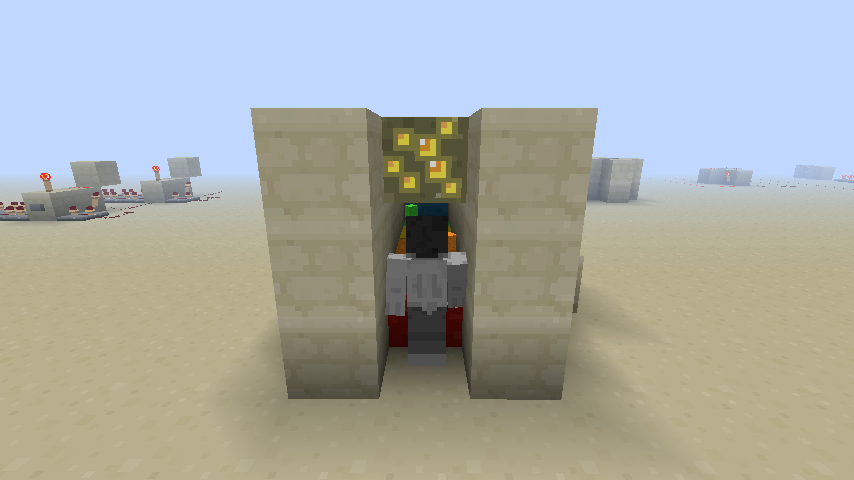 To further research the reach of the character, I experimented to see how far I could reach on the green block while still being able to mine it. I was able to reach about two-fifths on the block before I couldn’t mine it anymore. (My cursor is on the very furthest point that I could still mine the block.) 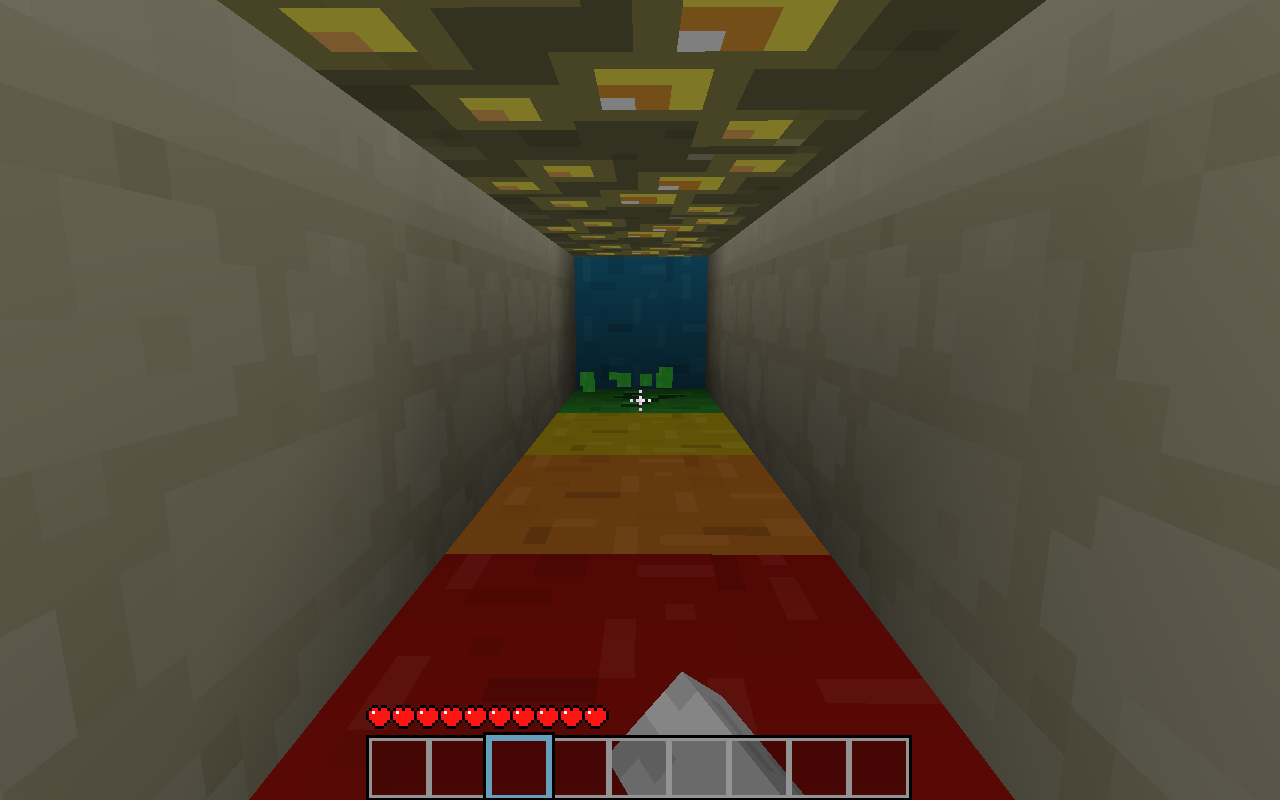 Because calculating his reach based on exactly where his arm is relative to the physics engine and how far exactly I reached on the green block would be difficult, I’m going to estimate that he reaches approximately 3.6 meters.