The Monolith puzzle. It confounded players for nearly a week after Fez was released, and ended up being solved by brute force. Surely after all the careful design and five years of development that were put into this game, this puzzle was not meant to be solved in such a way.

I have found a number of threads trying to unearth a solution, but nobody seems to have made any real headway. One would think that after three months, somebody would have figured it out by now. However, those few who have fully completed the game appear to have used the brute-forced solution (or been told said solution by a developer).

My hope is that someone somewhere has figured this out, but I fear that this question will remain unanswered.

A redditor recently solved this here. It turns out that the key to this puzzle was the release date of Fez, 4/13/2012.

If this date is turned into a string of numbers and rearranged using the page order from the tome (15263748), the resulting string is 4011322. This number is then converted into Fez numbers and those fez numbers converted into directions by interpreting the dash in the number as part of the T tetromino (Up, Jump, Right, Right, Left, Down, Down). 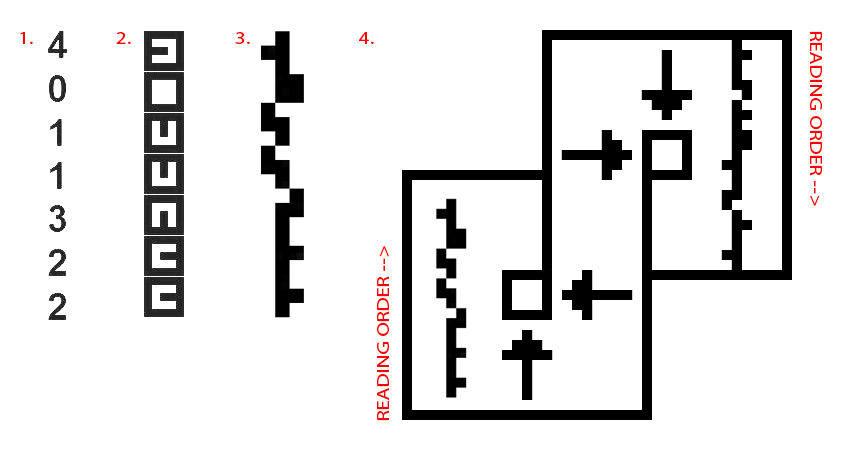 Rights and Lefts are then turned into RTs and LTs since Rights and Lefts would cause Fez to move off the magic location. If the pattern of arrows on the map is completed, it would imply that this sequence should be read bottom-up, resulting in a final solution of Down, Down, LT, RT, RT, Jump, Up.