With the advent of Minecraft beta 1.5 and powered rails, I’d like to find designs of good “railway stations” so I don’t have to babysit minecarts in getting them set up for launch down a rail line.

What’s the best way to design a powered rail station?

One interesting property of the new powered rails are that they act as brakes when no power is applied to them. Because of this, you can make extremely simple stations like this one: 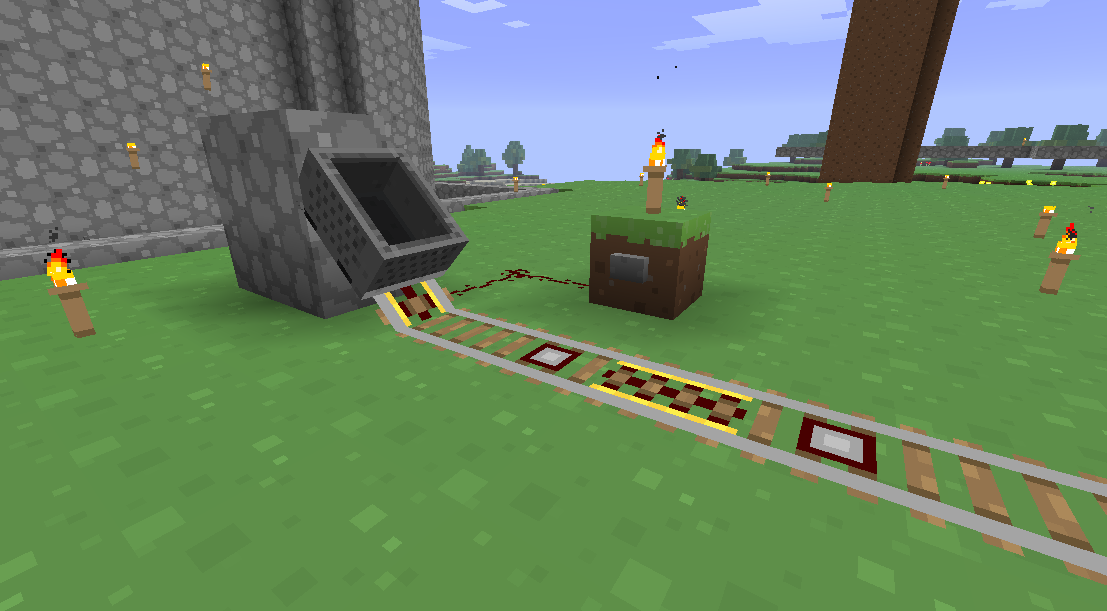 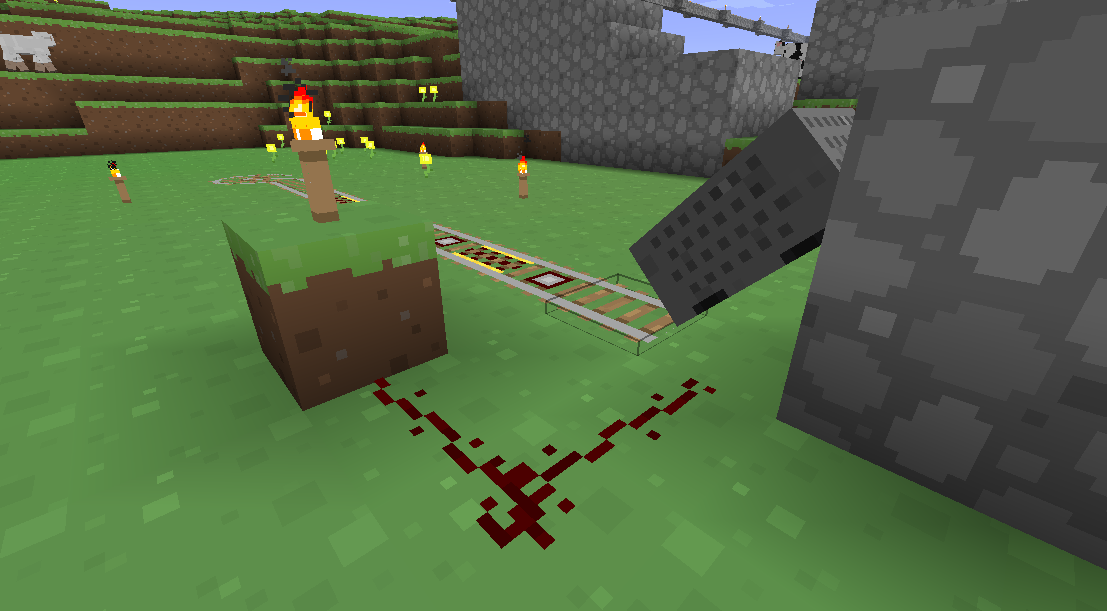 The minecart rests on the slanted powered rail because it the track acts like a brake. When the button is pressed, the track becomes powered and boosts the cart away.

The sequence of detector, powered, detector track isn’t a vital part of the station design, but is instead a 2-way booster. When a cart passes over the detector track, the powered rail becomes powered, making a very compact booster. This booster also helps push the cart up the unpowered slanted rail on arrival, resetting it for its next use.

I’ve been playing around with ways to make a cart magazine that isn’t reliant on the cart boosting glitch. However, it’s not as simple as constructing something like this… 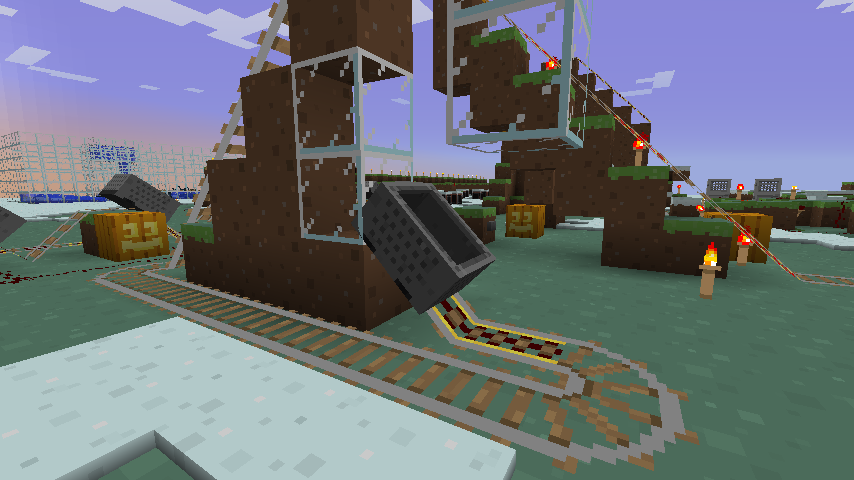 …as additional minecarts will fall into the bottom one, melding together, instead of stacking. 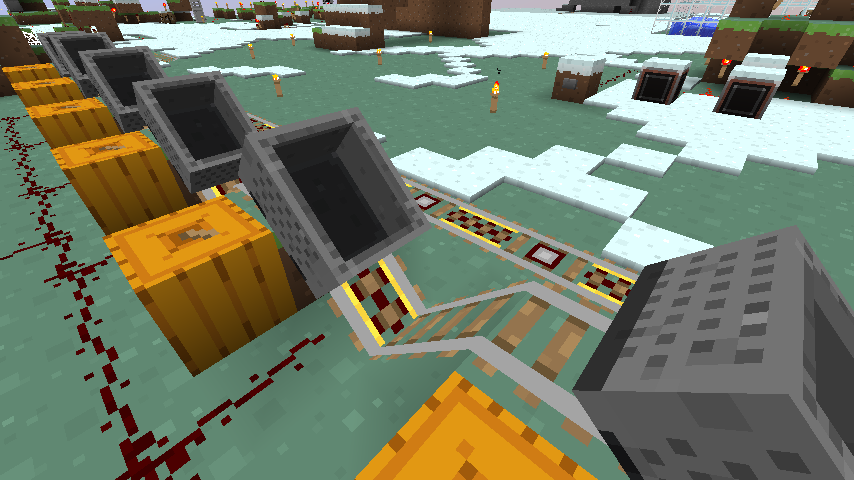 When the redstone is activated, each powered rail will send the cart to the next spot, while the final one will by launched to wherever you hook it up to. However, simply using a button may power the rails for too long and cause some carts to move two spaces, so you may need to use a monostable circuit. 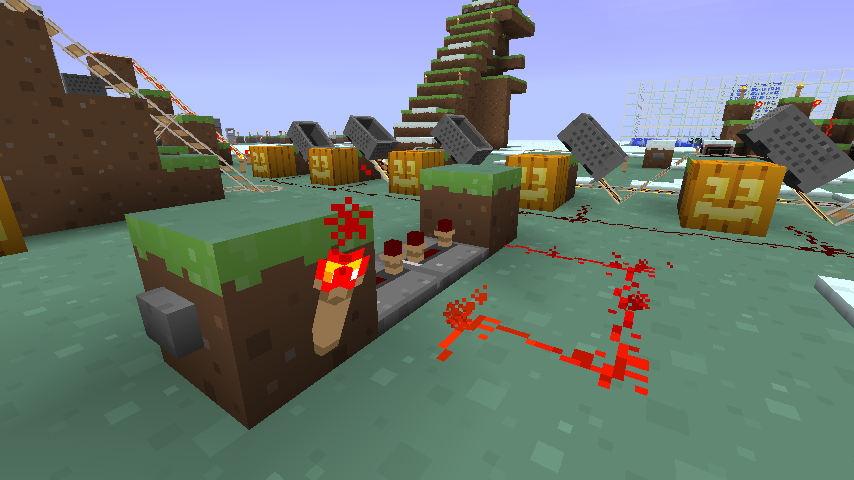 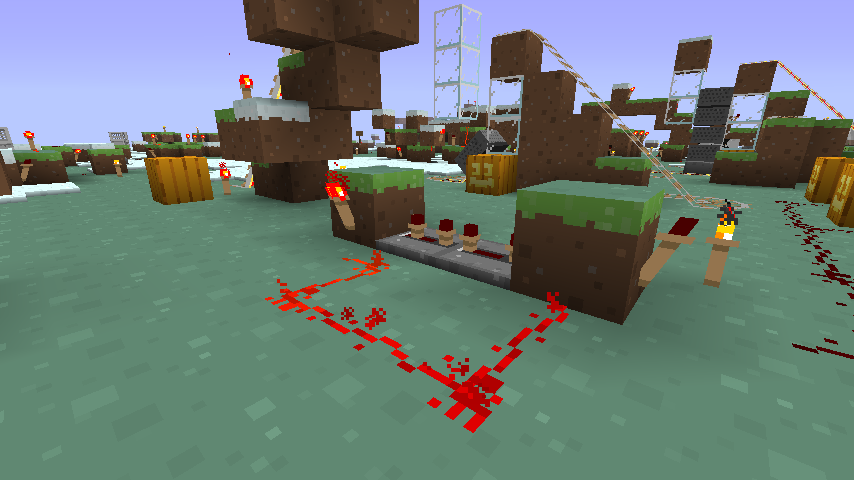