I have a few weak Pokemon that I’m trying to level quickly. I’m wondering if it helps to keep less than 6 Pokemon in my party.

Does that divide the total EXP gained by fewer Pokemon? Or does each Pokemon gain a set amount and it’s better just to have a full party?

tl;dr Always have 6 Pokemon in your party

Contrary to how previous generations work, it doesn’t matter how many Pokemon you have in your party!

It does matter whether the Pokemon had actively participated in the battle.

In the beginning of the game, as I was catching Pokemon to fill my party, I noticed that the XP share didn’t seem to change much with each new Pokemon. This gave me a hunch that XP share was somehow different in Sword & Shield.

As you can see below, it didn’t matter if there were 5 other Pokemon in my party, or if there was only 1, Corvisquire gained around 700+ XP.

(Corvisquire is Lv. 36 in the last screenshot because it had just leveled up from the fight.) 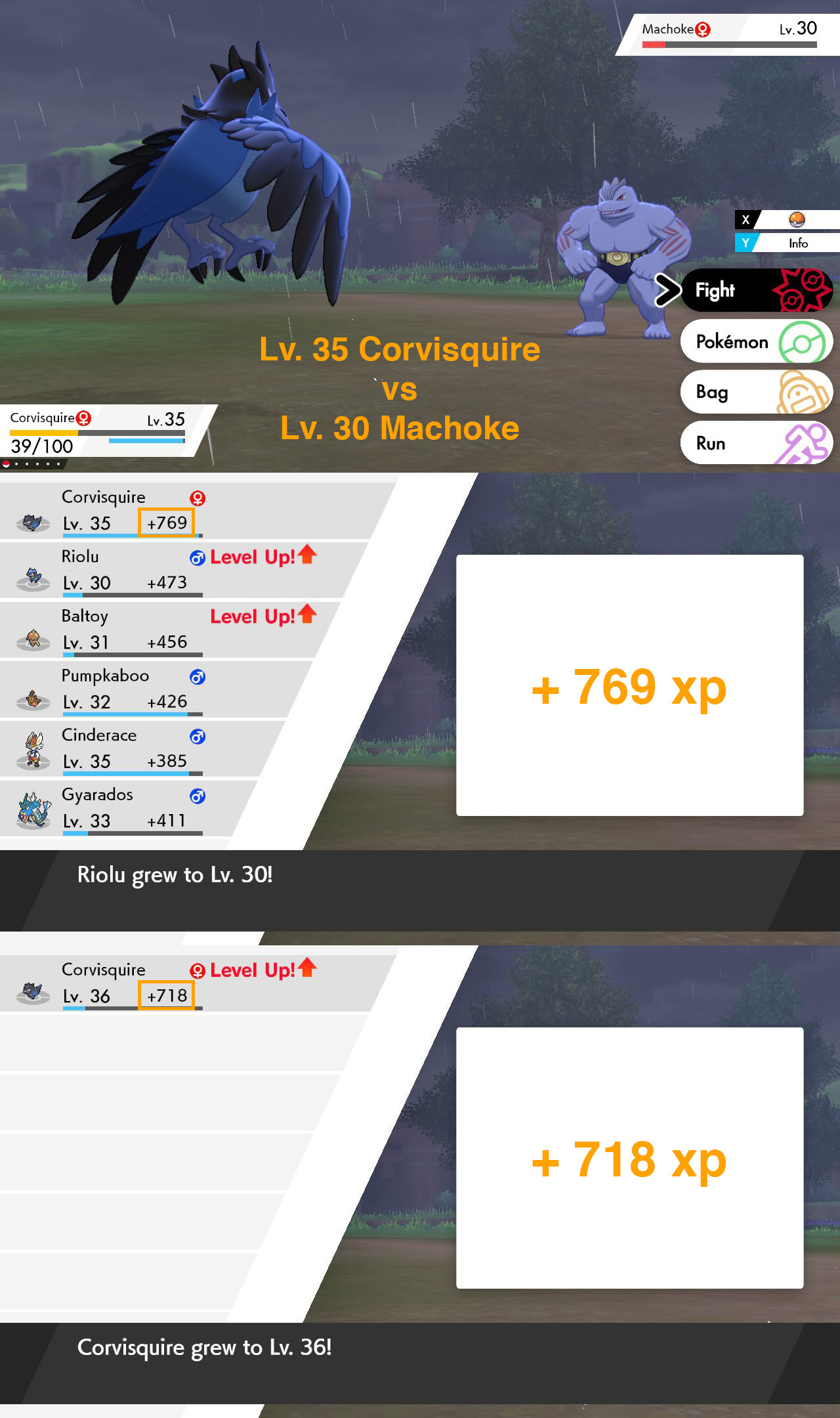 Also, this actually raises a lot of new questions about the XP share algorithm: