If the answer generalizes to gatherers/herbalist/hunters please note that as well.

The first experiment was flawed (though the numbers were correct) foresters were not working in full grown forest. This next experiment is done few years later in a fully developed forest. Again – each experiment starts from the same savegame. Each number is averaged of 4 runs.

* – only half of the circle was available for forestry other half was filled with pastures and fields: 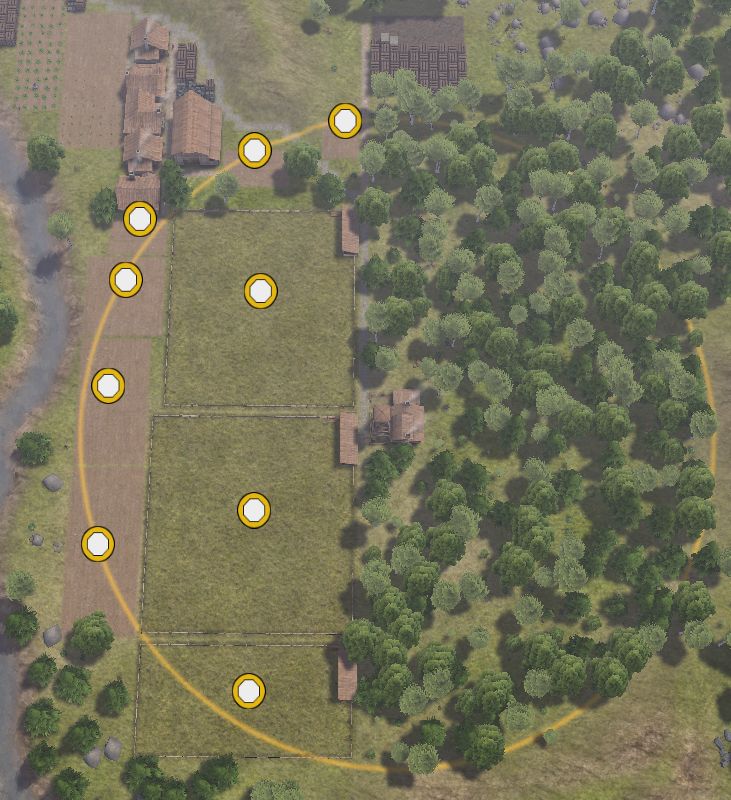