I’ve been happily smashing my way through stacks of boxes and barrels so far, and while I find the process mildly enjoyable (about on par with popping bubble wrap), I can’t help but notice that the rewards are paltry. On average thus far, I seem to be ending up with 15-20 gold, if anything at all. It slows me down to find ALL the crates in an area, and I can’t help but wonder if I’d be better off just running past these items and braining monsters for their loot instead.

Do the rewards for breaking people’s stuff scale up as I progress, or is this even worth the effort? Will it always be gold, or can I find other useful/valuable items by smashing crates and barrels?

First, like so many Zelda games before it, it’s always worthwhile to run around smashing pots, barrels, and everything else because someone stashed money in them. There’s no reason to not take this free money, especially since gold doesn’t take up any inventory space.

The second, is that destructibles have a tendency to hide chests and other interactable objects. In this case, the piddling amounts of gold you might glean from the destruction isn’t the focus – the phat loots in the chests are. If you’re unwilling to hunt down these boxes, you risk missing out on something much better, especially if you’ve got Detect Hidden (which gives greater chance for gold from destroyed objects)

The problem that you’re running into, is that it’s tedious to run around and make sure that every crate is smashed. So my solution? Stop running around smashing barrels. If you’re investing into Archery, use your bow. It’ll auto-target the destructibles and it shoots much faster than you can swing your melee weapons.

I thought the bow was the go-to choice to fight the barrel infestation. And then I found these bad boys. 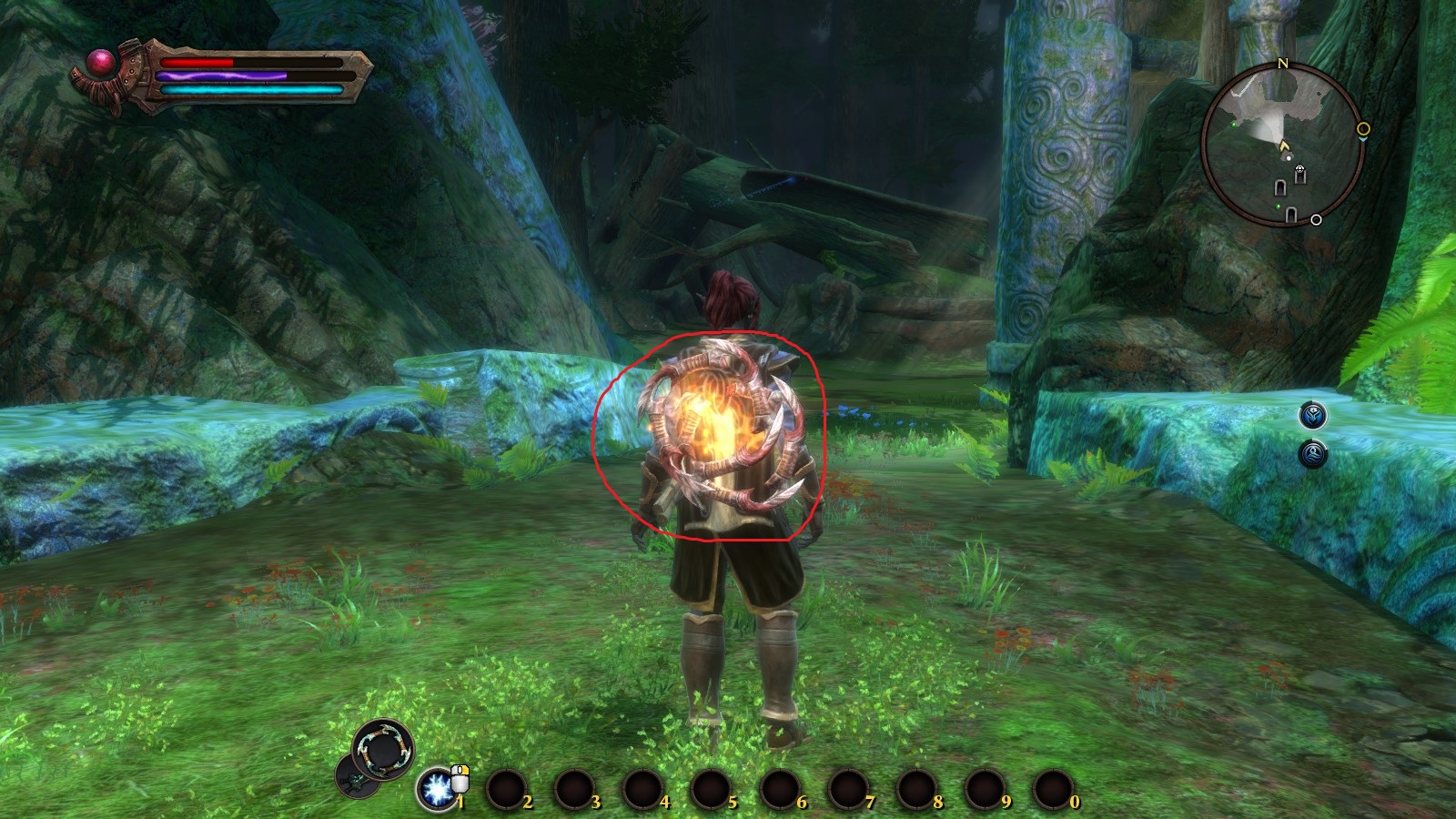 Chakram’s are ranged AoE weapons of awesome. All you have to do is get marginally close to your target, then tap a button and they all break. 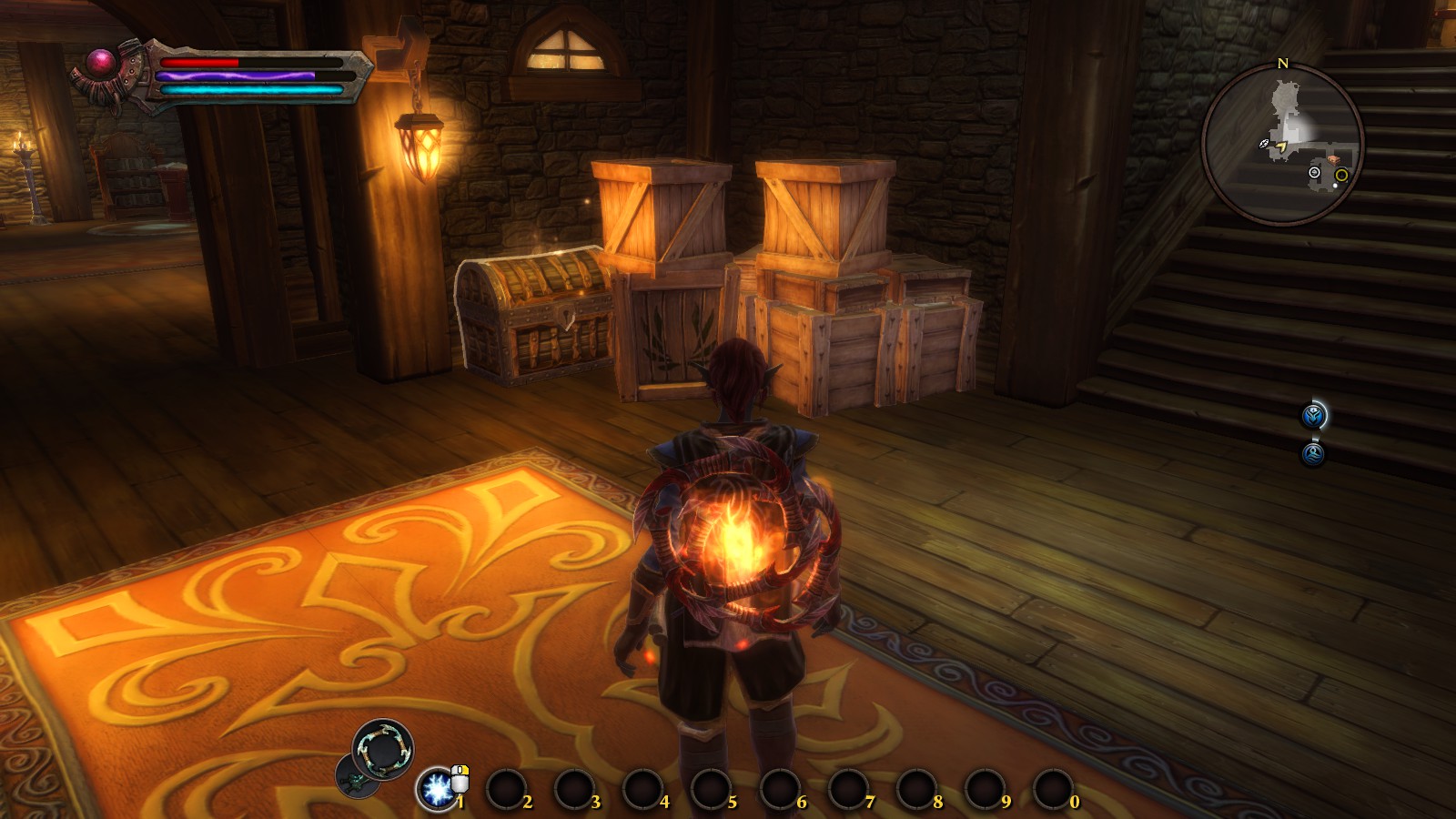 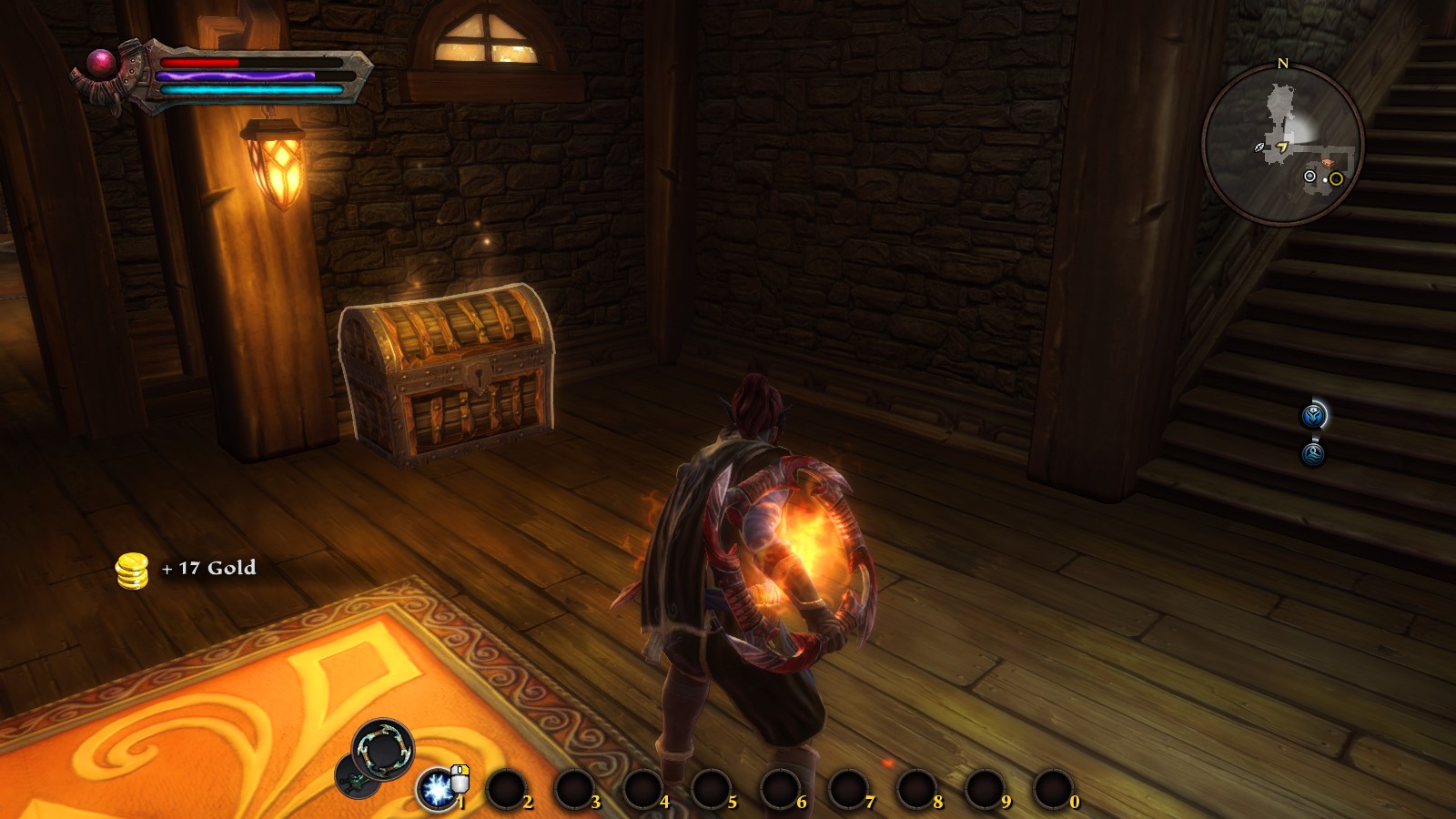 The charged moves are especially useful, and even investing only a single point will net you enough AoE to clear entire rooms (of barrels and enemies) with ease.