Given an enemy ship with 1/1/1 shields/O2/medbay, is it possible to suffocate the crew using only one Ion Blast Mark II? Bonus points for video proof 🙂

Holy crap, it is: 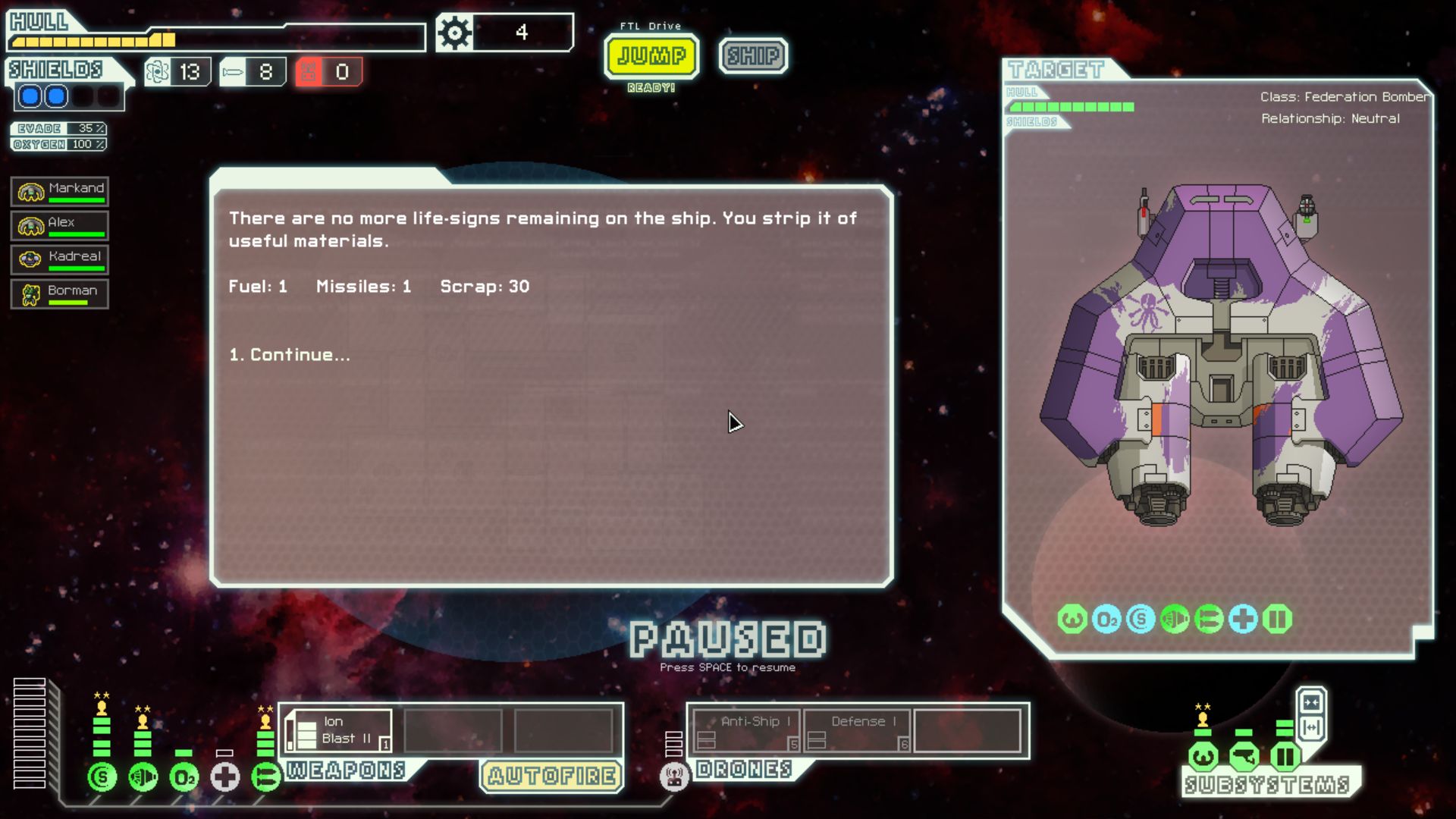 I was fighting the dread pirate Tuco and after he ran out of bombs (and thus could no longer damage my ship with only a single puny laser) I set my Ion Blast II on his O2 and went to watch some football.

When I came back he was still alive, but all my crew members had been fully leveled at their respective stations, and after I switched to his medbay after a few rounds of knocking out his shields and medbay his crew suffocated!

And after all that, of course I did not get any drone parts out of it…