The Mass Effect Series is based on players taking control of Commander Shepard, and, like most RPGs, the player is given choices and customization options.

Clearly, Shepard can be many things, but I’m wondering what the canonical Shepard is. For instance, we know that in the Canon of Mass Effect 2, if you don’t import a save file, the Council was not saved.

Does Commander Shepard likewise have a “Canonical” origin, or are these two options always under direct control of the player – i.e., without a default?

In each game, there’s an option to use a premade default Shepard. This Shepard is a Soldier, Earthborn Sole Survivor. If male, his name is ‘John’, if female ‘Jane’.

Since this didn’t change between games, I think we can assume it’s as close to canon as anything (and certainly is in the same vein of the didn’t-import-a-save options). 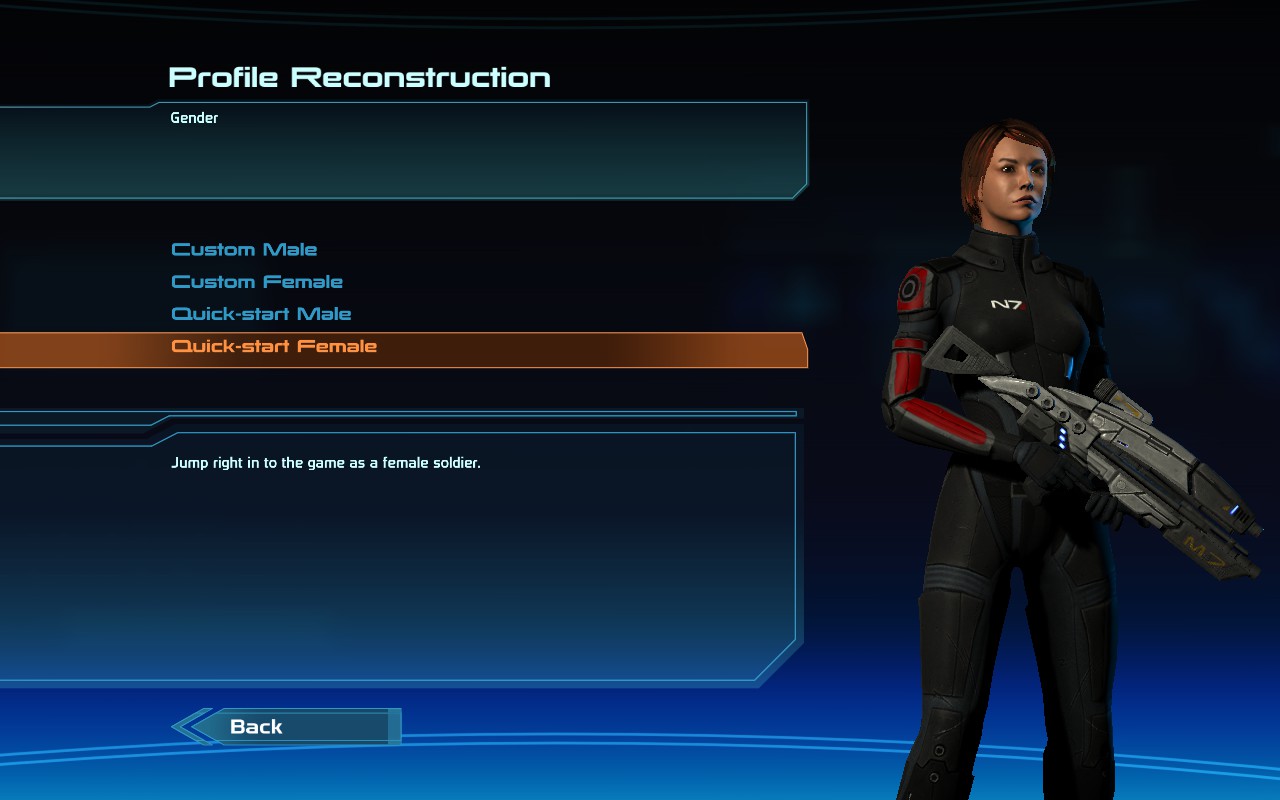