I’m early in my first game of Stellaris and I just made contact with my first alien race. This resulted in my science ship in their system immediately being kicked out of it. It used to be in the system I had circled in Red, which fell within the other race’s control. 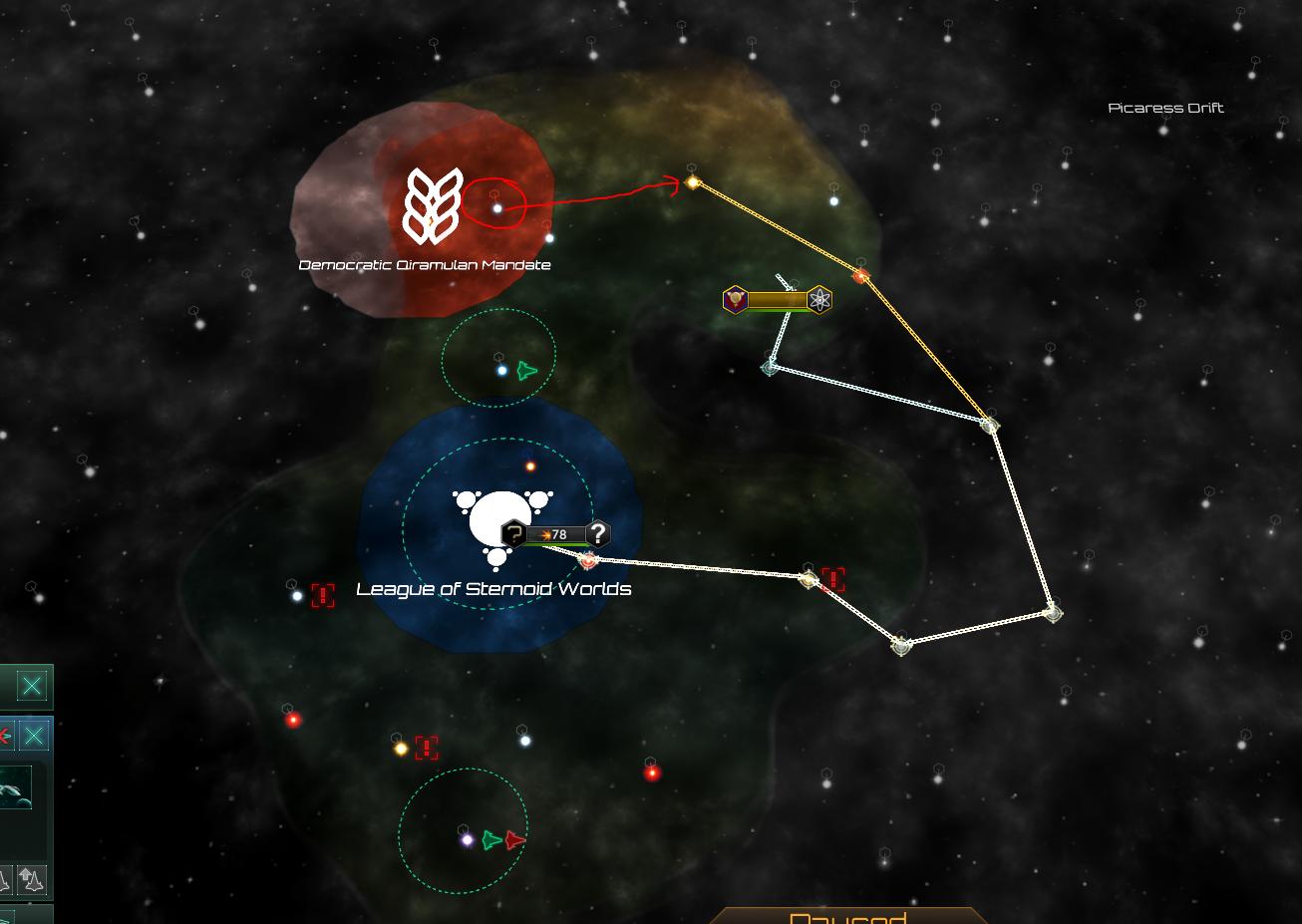 However, it then decided that to get home, it would follow the path in white,which involves jumping through a ton of systems (none of which I’ve yet explored) before finally getting home. All of these systems it is passing through seem to be outside of the area of control we’re getting kicked out of.

Instead of flying home, I’d like it to actually continue its survey operations in these new systems. However, I can’t seem to cancel its return trip home. I’ve tried clicking on the “Stop” option, but that didn’t cancel anything. I’ve tried telling it to survey the system with the red arrow pointing to it (which it was in at the time I told it to do that), but it simply left, and as you can see in the image, it seems to be queued up to first go all the way home, and then come back out to that system.

Is there any way to prevent this ship from wasting a ton of time by going home first?

After mashing on buttons for a while, I figured out a way to do this, though it wasn’t intuitive, and for all I know might not have worked until I was already out of their system of control.

Rather than hitting “Stop” or trying to tell it to Survey the system it was in, I instead needed to issue a new “Move” order. The new “Move” order overwrote the command to send it home.