I traveled to Mekar Island during the day and noticed several piles of bones. I figured there might be a night event and so I lit a fire and waited till the evening. Sure enough, all the bones came to life. I thought something might happen if I defeated them, but nothing did.

I searched the area and couldn’t find anything else to do. Is there something that I am missing?

Currently, there does not appear to be anything unique on this island. It is simply a reference to the sage Makar from the Wind Waker (according to the Wiki).

There are a few other sites that discuss the island, none of which have found anything interesting:

Besides the enemies found at night here, there is nothing else to the island. According to the Reddit source above, this is also a possible reference to the very first dungeon in the original Zelda game:

I think it’s a reference to the first ever Zelda dungeon, Level 1. There’s a dead tree, and four piles of bones in place of the surrounding four smaller trees

Here is a screenshot of what they mean: 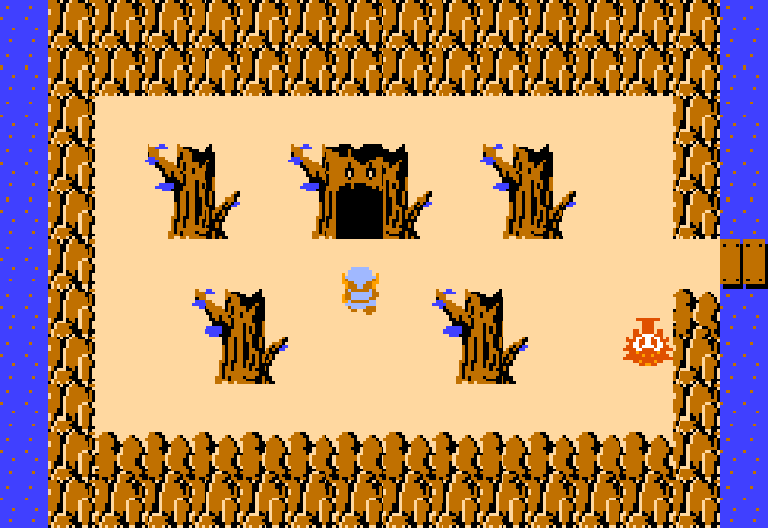 There is also a video of someone exploring the island at night. They take out all the enemies, and walk around some, but don’t find anything unusual otherwise.