It seems that containing lava in solid glass, stone and iron blocks may not be sufficient to prevent wool from burning, even if the lava is completely encased.

After some delay, it seems that fire will jump onto the wool above the iron.

The wiki is a bit vague in describing where can fire be started from a lava block. The behavior is similar to fire spread, but it is not identical.

When you deal with fire mechanics there are three basic things that can help you understand it:

Having said that, fire can spread in a 3×3 column from 1 block below to 4 blocks above it. Fire can jump over gaps and blocks, so you cannot contain it by covering it. Any of the glass blocks here could be turned into fire block, if it was an air block and there were an adjacent flammable block: 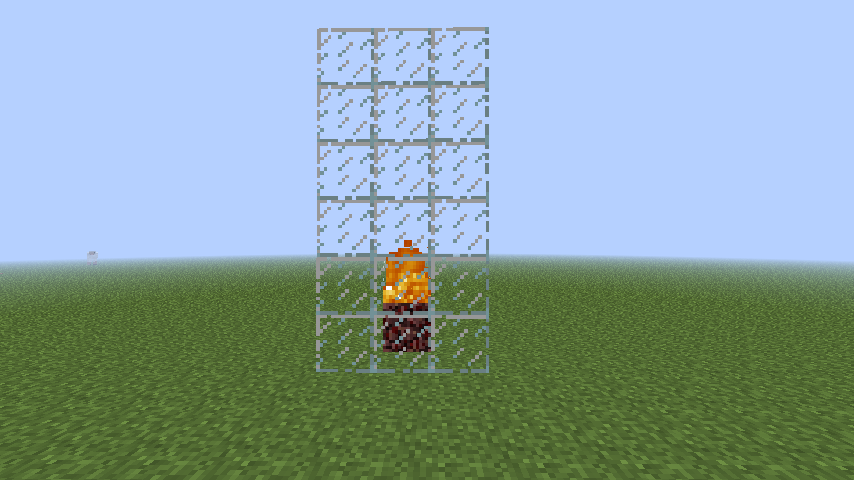 Fire can also be born from lava. Fire is always created above the lava position. Fire can be created in a 5x5x2 shape above it (see the example – fire can be created at any of the glass blocks, if it was an air block and there were an adjacent flammable block). To prevent lava from creating fire, cover it fully (3×3) with blocks that have a collision mask. 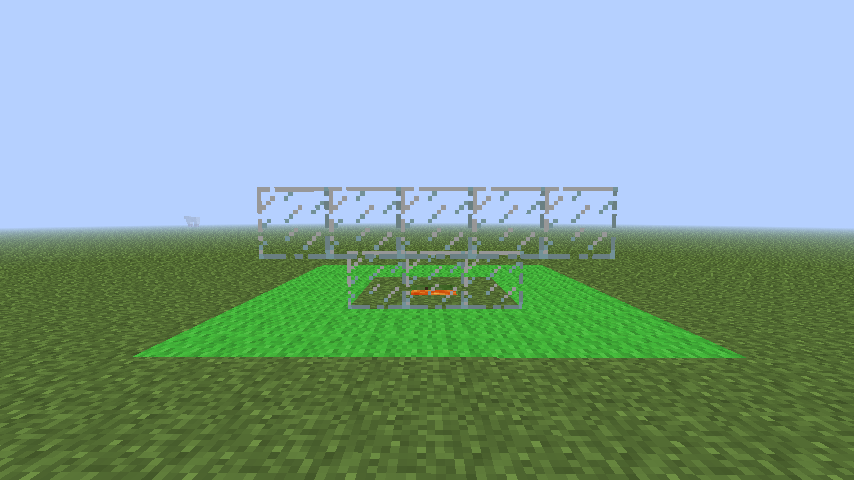 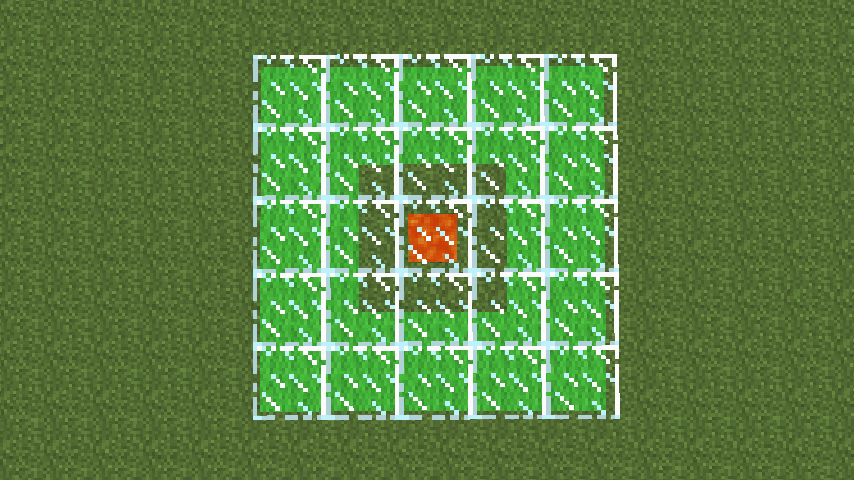 Once a fire is created it behaves like a normal fire and can spread further according to fire spread rules.

In conclusion, this will never burn: 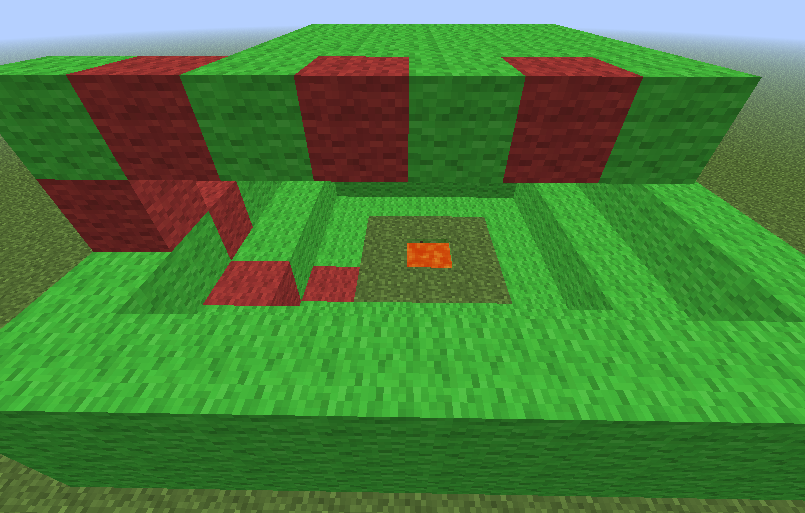 But if you place any flammable block inside this structure, it will catch fire eventually.