Currently I have a slow attack speed weapon for my Barb in D3. It has a socket. Should I add a Ruby or Emerald?

Time for a bit of math. Let’s define the following:

Using a ruby will add

to your total expected DPS, while using an emerald will add

to it. You only want to use a Ruby if the first expression is larger than the second expression; that is,

Thus you only want to imbue a ruby if the expression

is greater than your weapon damage+bonuses. Note that this damage will increase as your primary stat goes up, so in general the emerald is the better choice for the long-run. Notice also this equation does not depend on your attack speed at all.

[Edit] To make this easier to make sense of, I’ve created a graph: 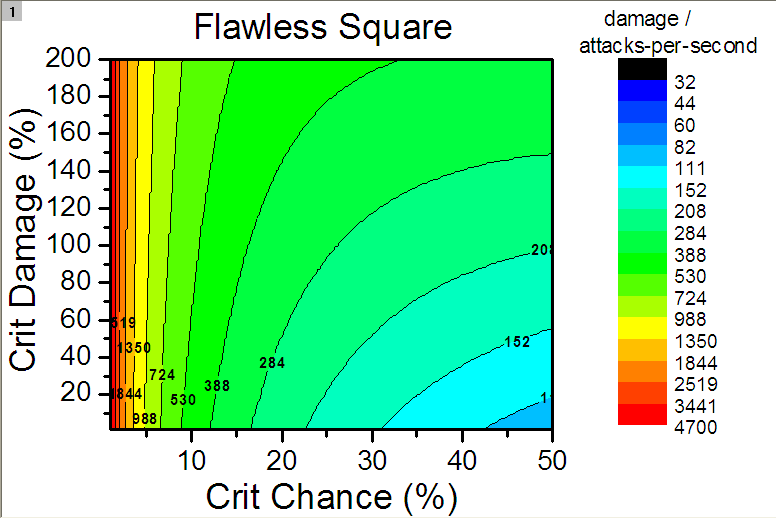 How to read this graph:

First, find your critical-hit damage% and critical-hit chance% (as shown on your detail tab in-game). Find that value on the above chart, and get its approximate value.

Next, take your damage (as shown on your character sheet) and divide by your attacks per second (as shown in the “details” tab).

The above chart is for Flawless Square gems. The other gems are largely similar: