The option confused me where I had the choice between SSAO, HBAO and HDAO in Far Cry 3.

Hitting google didn’t really give me any answers nor did enabling each option and comparing the results. Apparently I’m blind or something.

First off, which one’s the BEST quality? Secondly, what’s the real difference between these options?

H*AO offers better quality but with an increased performance hit.

SSAO is less accurate but improves image quality with a much smaller performance penalty.

HBAO and HDAO are essentially the same thing but different vendor specific implementations.

Here are some BF3 screenshots that may help: http://www.reddit.com/r/gaming/comments/kwjtw/my_battlefield_3_screenshot_comparison_ssao_vs/

You should quickly be able to identify where the shadowing is taking place between none, SSAO, and HBAO.

Look at the areas where objects intersect. For example, where the floor meets the wall, where a pillar meets the ceiling, the bushes, the pieces of debris on the ground.

I took the liberty of snatching one of the photos and highlighting the areas you should be looking at while flipping back and forth.

You’ll notice that SSAO shades in these same areas, but it’s MUCH less pronounced. 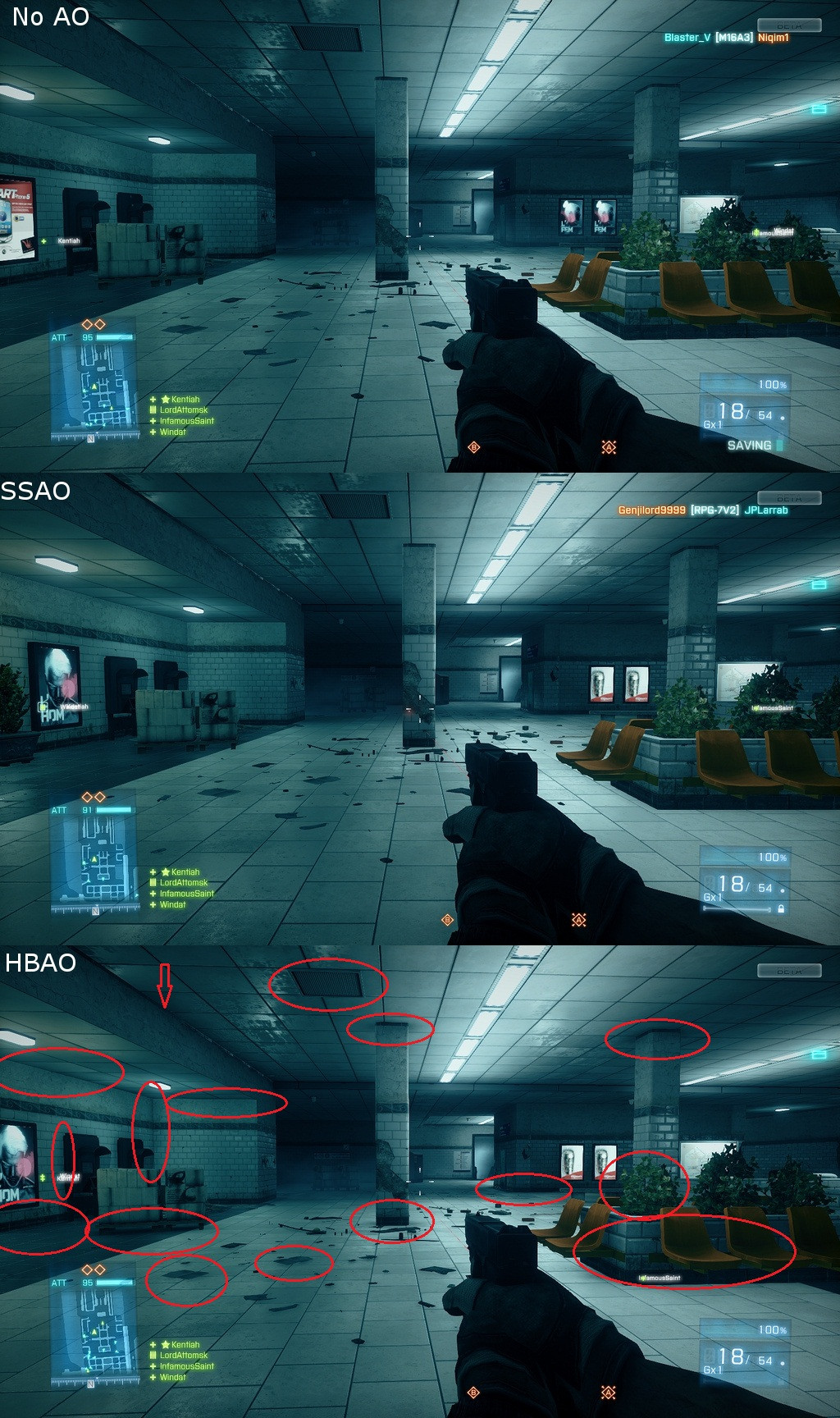