I used the once per year DRM transfer tool to successfully associate my 593 DRM licenses with the Console ID of the new console. But, I still need to get the actual content on the box. There is an option to “download all” at the end of the online content license transfer tool, but it just produced an error for me, nothing happened when I clicked it.

Other than a painstaking, manual process of going through my download history and re-downloading 593 entries one by one — is there any way to issue a “download all” command, either from xbox.com or from the console itself?

Answering my own question, as it combines a few elements from Omar’s answer and James Sutherland’s comment and a few others. Thanks for everyone’s help!

As I said in the question, I already transferred all DRM rights to the new console in advance using the online content license transfer tool.

I concluded that re-downloading over the internet 593 items in full (over 60gb) takes absurdly long. I’m cheap, but I ain’t that cheap. I went ahead and picked up the $20 Xbox Data Transfer cable from a local EBGames (they stock them). 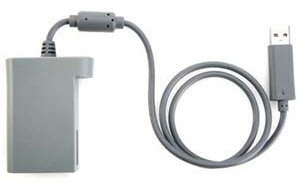 Once you’ve done that, as James Sutherland correctly pointed out, you STILL won’t be able to play this content unless you are logged in to your Xbox Live account. To get the content playable for anyone on that Xbox — regardless of whether they are logged into Xbox Live as you or not — you must re-download each and every bit of your DLC.

There is something magical about this re-downlad where it “tags” the DLC that was copied from your Old Xbox as belonging to the New Xbox. Once you do this, you can play the DLC without being logged into Xbox Live. I personally confirmed this!

Now, to re-download everything is a pain in the butt, but there is some good news —

The Xbox picks this queue up dynamically, and it is MUCH MUCH faster to do it through the web UI than it is with the controller. Watch near the top of the page as it will update dynamically after you click to confirm that the item was added to the queue. This takes a few seconds, so don’t go too fast.

Anyway, once I’ve walked the list of 30 pages, everything will be “as it was” on my old Xbox. Finally. 😛