I’ve got a considerable amount of alien detritus lying around my base: 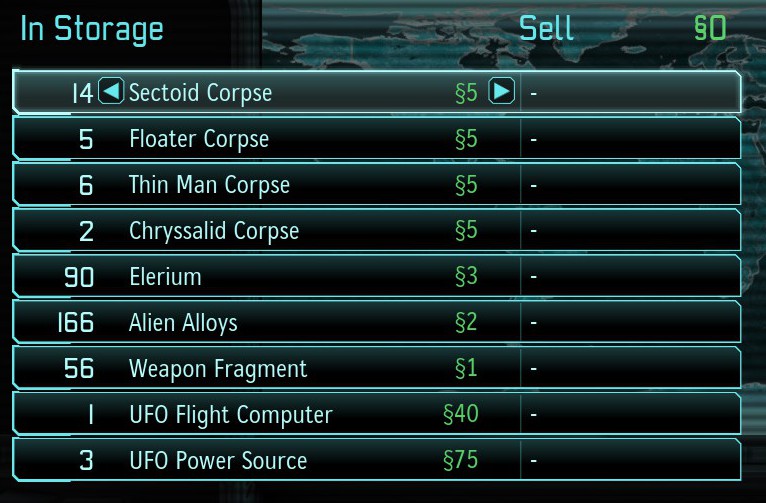 Some items, like the damaged UFO flight computer, are marked as useless and intended for sale without consequence.

However, I have no idea how many bits of Alien Alloys I’m likely to need. Or what a stack of alien corpses might be useful for, for that matter. I could, however, immediately use some extra credits.

I’m tempted to sell a bunch of this stuff off to finance my near-term needs, but I’m concerned that some of this is going to be terribly valuable and rare later.

What bits of alien refuse are critical in the mid and late game, and how much should I keep on hand?

By request, here are the things you can spend corpses on researching/building. The list is not yet complete as I can’t check every price in my longest game as I’ve already done a bunch of it. I’ll update as I track the rest of the items down.

New from Enemy Within:

Cost in components for various items