My dual wielding swordman-thief-pyromaniac character is having a LOT of trouble with constructs, given that his usual approach is turning out to be useless against them.

I’m playing this one without permadeath, so here’s my character after 50 or so deaths <_< 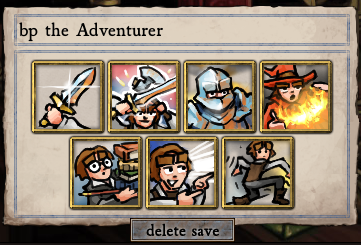 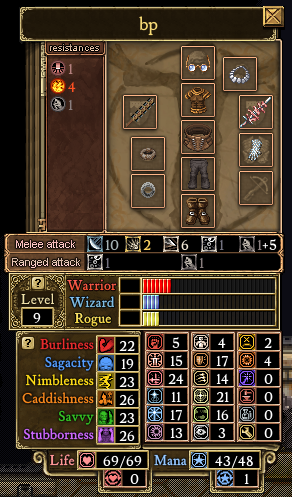 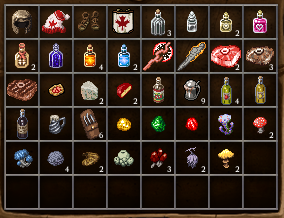 I rely on physical damage for melee and fire damage for ranged attack. However, those damn constructs don’t want to play nice and only take 4 slashing + 1 existential damage out of the 20+5 I should be lashing out. With their giving 6 damage, fights are really unpleasant. Fire is effective, but I can only give out so much with 44 max mana. They’re also much more vulnerable to the trompement (they take 13 then), but again I can only do that every so often.

What can I do? Should I try and “offclass” to a different weapon type doing more of the right kinds of damage? Should I give up one of the swords for a shield and do even less damage but take in less? Should I just skip this entire level?

According to the Dredmor Wiki page for Monsters, constructs such as the Unfriendly AI and Robo resist piercing, Toxic, Putrefying, and Asphyxiation damage, as well as having a decent armor absorption rating. Therefore, you’re going to have to hit hard, and not rely on those damage types.

Your Promethean skill tree should come in handy, but you might want to level up your Magic Training tree so that you have more magic points and the spells cost less to cast. With 42 mana and that much magic power though, you should be able to spam Dragon’s Breath pretty liberally.

With Burglary, you can lock them into place in a narrow area, blocking other monsters from pathing towards you, and then you can commence with the burnination. Staying in the ignited region does damage over time, as does being caught on fire by it.

You can try off-class weapons; the penalty is that your damage will only be 72% of what it would be normally. This might not be so bad considering the high damage resist they have against your primary weapons. Perhaps having just one “off class” weapon would be sufficient, but it will depend on the power of said weapon.