The “Market Research” achievement requires that you meet the following traveling merchants:

Where are these merchants located? Can they be found in an exact location, or do they roam a whole zone (or worse yet, are there locations totally random)?

I waited a week before posting in case Ashel ever did find Halmin, but since they didn’t, here’s the answer with guides, including Halmin’s location. I also contributed to Ashel’s answer too, but that was when I didn’t expect to find Halmin like a day later. 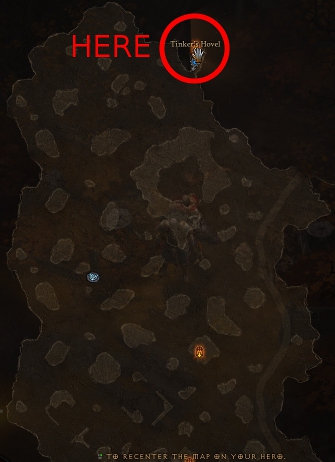 Rodger the Alchemist is randomly found across the bridge of the Wortham Bluffs during the quest Trailing the Coven in Act I. Despite nearly 100 attempts, I have never seen him appear except during this quest. The nearest waypoint is the Wortham Chapel Cellar. Port in and run until you get to the other side of the bridge.

Vendel the Armorsmith is randomly found in The Watch Tower Level 2 which is randomly found on the west edge of Southern Highlands in Act I. The nearest waypoint is Northern Highlands. Port in and run west, then search north and south to get your relative position and see if you find The Watch Tower – Dash through Level 1 and see if Vendel appears once you enter Level 2. Complete his quest to get a lore book and access to his shop. Ashel mentions this dungeon also being in Act III, but I have never seen it there. 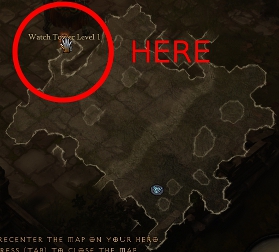 Adenath the Curio Vendor is always found at the House of Curios that is randomly found at one of four locations in the Fields of Misery. It can be at any of the 3 landmarks in the picture (either dungeon or the waypoint), or at a location far north and slightly east of the northern-most dungeon (in this picture). There’s a lore book inside the House of Curios. 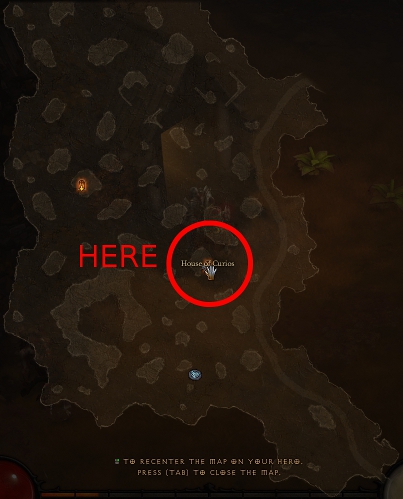 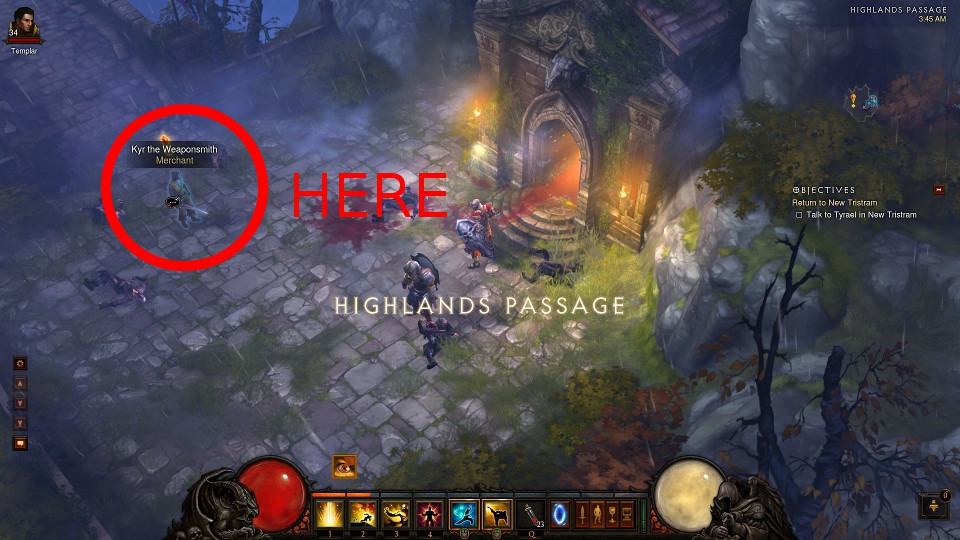 Zaven the Alchemist is randomly found in one of the southern tips of Dahlgur Oasis by the entrance to The Mysterious Cave in Act II. I believe I have found him at either of these tips but I definitely found him on the eastern one this time. The nearest waypoints are Path to the Oasis and Dahlgur Oasis. Port in, run south until you hit one tip and then continue towards the other. If you visit both waypoints, it makes it easier to get your bearings. Save him from some ghosts in order to gain access to his shop and the Mysterious Cave (where one of the components of The Staff of Herding can be found). 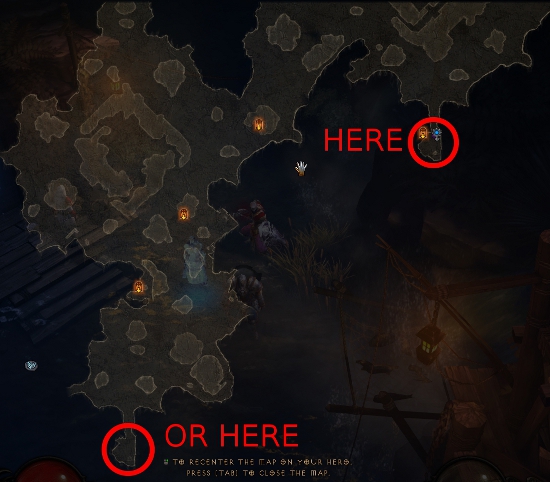 Larra is found in a randomly occurring Deserted Cellar that is randomly in Black Canyon Mines in Act II. The deserted cellar can spawn to the north or to the south. I have never found Larra at any of the southern deserted cellars. Also, I believe it is unlikely that the Blood Cellar and Deserted Cellar both spawn. Having a deserted cellar spawn and having it be the one with Larra are both random. The nearest waypoint is Black Canyon Mines. Port in an run north-west. The correct cellar will have a hovel named Larra at the back and your character will coax Larra into leaving the hovel and doing business with you. You will also get a lore book. 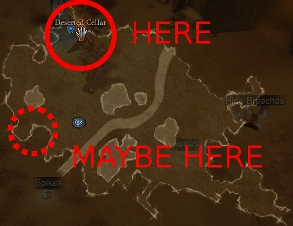 Halmin the Alchemist is randomly found in The Foundry Level 1 which is randomly in The Battlefields in Act III. The nearest waypoint is The Bridge of Korsikk. Port in, run south and check if you see a big fort in the middle of The Battlefields with no access from the back, then run around the front to see if it’s The Foundry. You will need to kill some enemies in a room with a fireplace which I found both times in the north-east part of the map and then Helmin will crawl out from under a bed and give you access to his shop. If you find a room with a fireplace and Halmin’s not there, you may want to re-instance and try again. 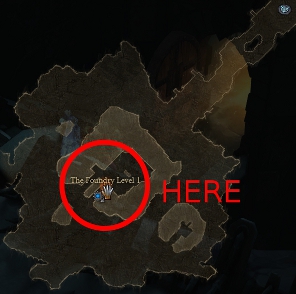