Just got an objective to kill 4 nones without weapons, am I missing something or is this a glitch? 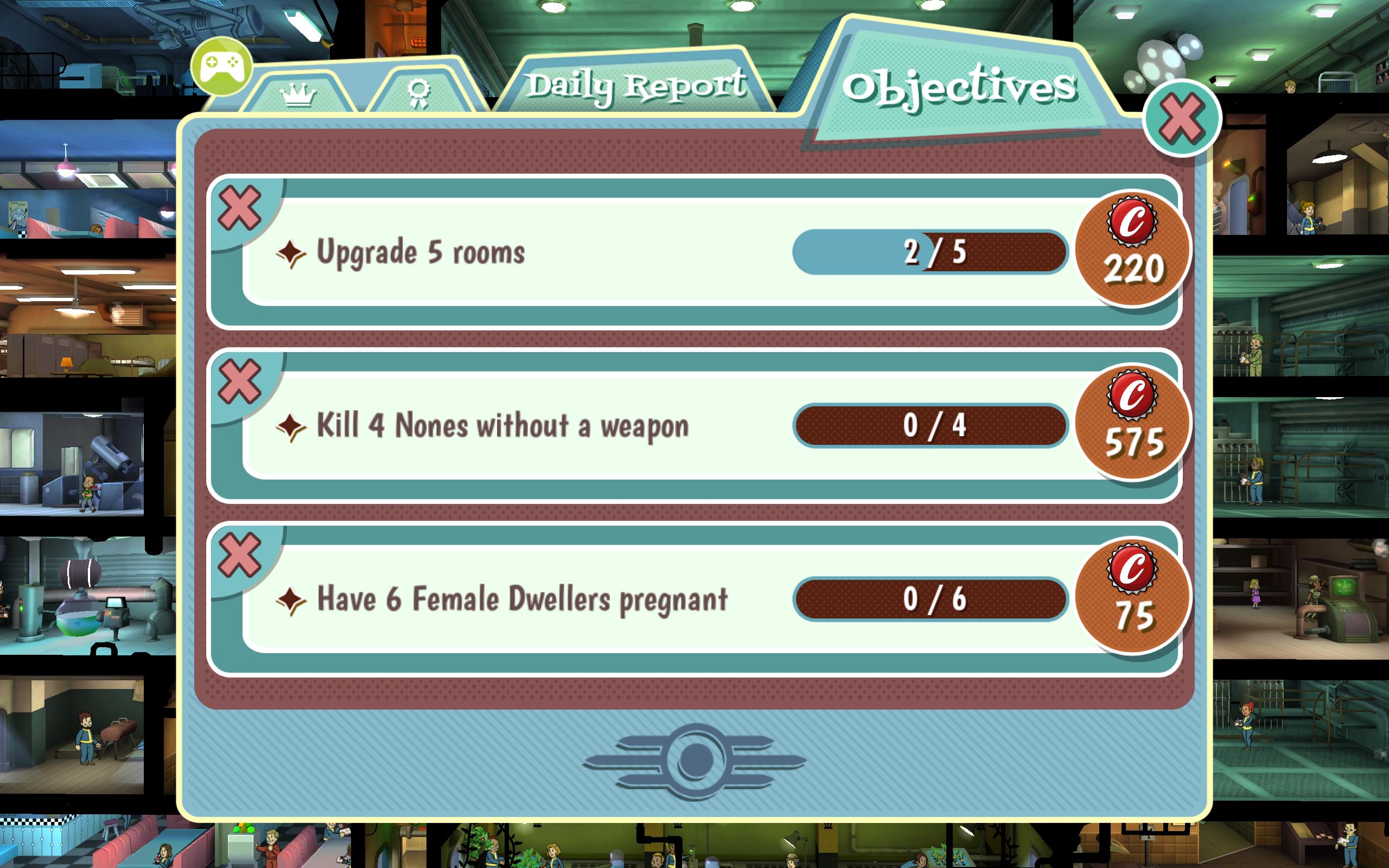 It’s possible that this is some sort of glitch, more specifically a null pointer error, as there is no such entity named “None” in Fallout Shelter or the Fallout universe in general.

In many languages a mistake could be made in the code which causes an ‘object’, such as the name of an enemy you need to kill, to end up being nothing or null.

Some languages such as Python and possibly others use the notation None instead of null.

Likely there is also code that attempts to make the object plural if you have to kill more than one so None gets an s appended to the end.

This is possibly why you are getting that being displayed.

It’s possible that this is still achievable, but it is unlikely and I’d recommend skipping it.