There are retro pop culture references all over it!

Anyway, in the opening scene there is a time machine built out of a washing machine. It has a display very reminiscent of the DeLorean in BTTF. It even has a flux capacitor in the drum and the display reads “888”. 😂 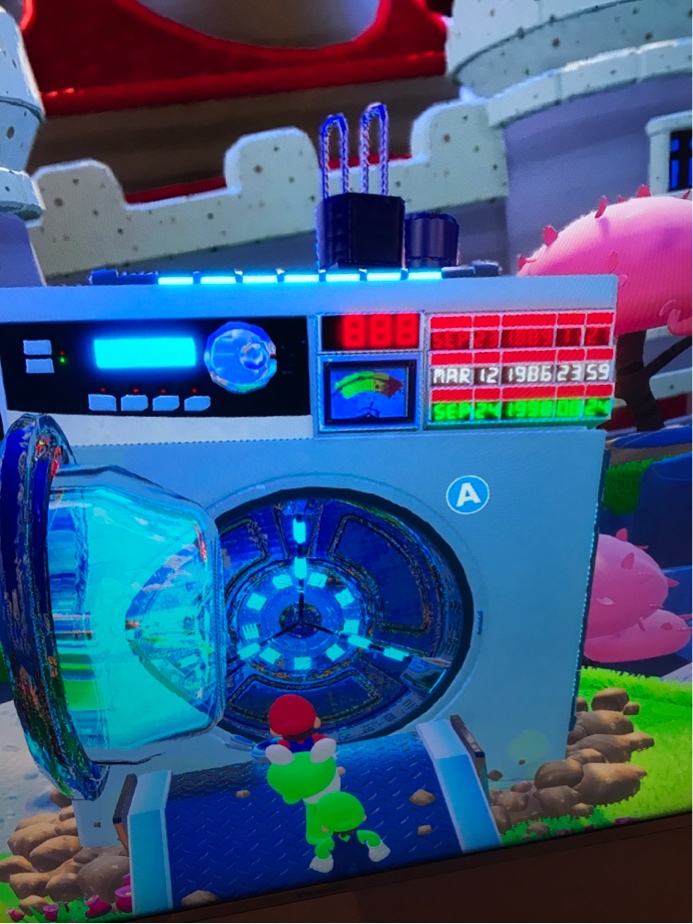 So, I got interested and started to look closely at it.

The three dates are…

I found the first two dates.

I can’t seem to find it. The closest I’ve found so far is that the SNES was released in December 1990 but that can’t be right.

So… what is it referring to? I find this stuff fascinating 🙂

I think the third year might be 1998. It’s hard to tell because it uses a digital display that’s sort of fuzzy.

Watching one video on the game discussing this, they believe that this was the day the Ubisoft Milan was founded, who helped to develop this game. However, they weren’t able to track down an exact date of when Ubisoft Milan was first founded. The Wikipedia page only states 1998.

There is also a Reddit thread discussing this as well, and the Milan studio was also mentioned, as well as a game called Anno 1602, which was made by a company that Ubisoft acquired in 2007, and apparently published on this date. As suggested in the comments, it’s possible some of the developers from this studio worked on this game.

Without officially knowing, I would say that this was the date that Ubisoft Milan was founded. Considering the second date seems to be about Ubisoft as well, I think that this is pretty likely.