I noticed that it looks like you can pick different difficulties for different players in Civilization 5 multiplayer. What effect does this have on the game play? Are AI just nicer to the lower difficulty player?

Onto the proof, first the two testing parameters:

I have a happiness of 15 on settler difficulty with cartec’s playing on deity.

Interestingly, it looks like it uses the lowest player’s difficulty for barbarian fights: 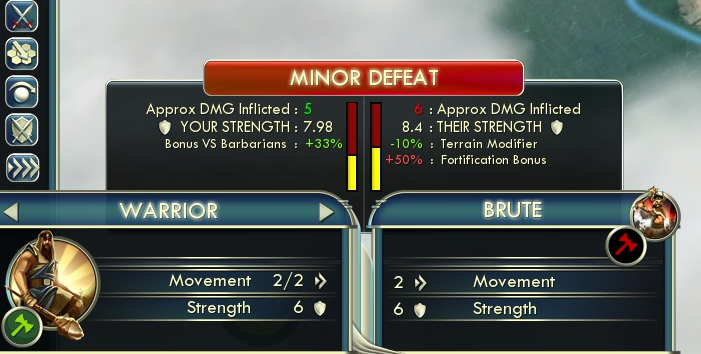 Turn 9 in both cases:

Playing on settler with another human on deity results in computer’s using settler starts: 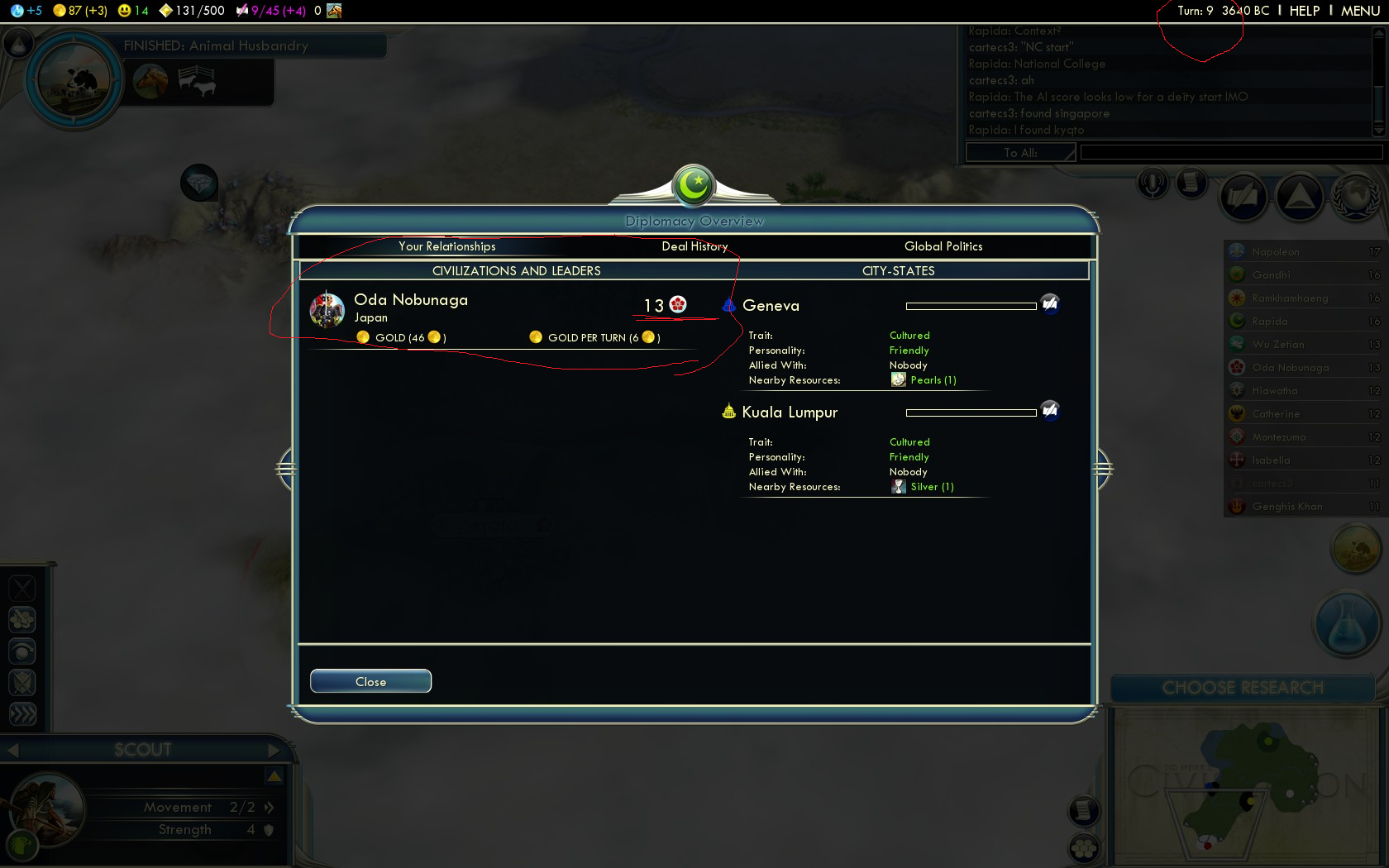 This is a game with just me playing on deity difficulty. 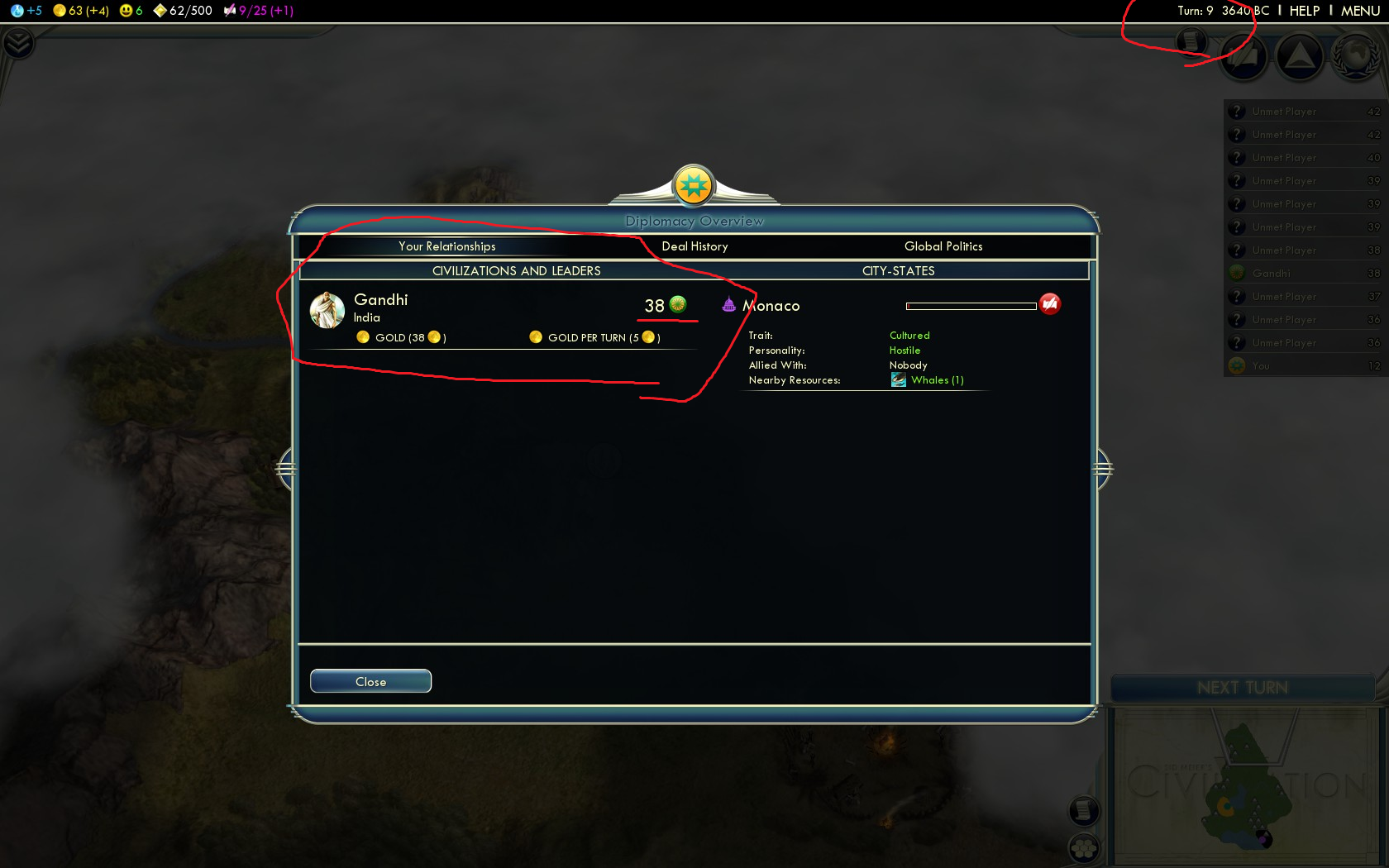 I saw further proof in both games. While playing the multiplayer Japan managed one city by turn ~14. In the deity game alone, Egypt managed two cities and multiple warriors. This is consistent with settler vs. deity starts.

As a settler difficulty player I was able to find settlers in ruins, and get a lot more upgrades quickly. As a deity player I did not notice a particular increase in ruin rewards. This doesn’t really prove much beyond the fact it either uses the lowest difficulty bonus or uses the individual bonuses.