After looking up what Lagrangian point meant, I’m pretty sure I’m more confused about what it is. It seems to mean that it’s some sort of point in between 2 planets or objects in spaces where a third object would maintain an orbit. Then again, I’m no astronomer.

The latest update of Angry Birds Space fixes a bug and makes this achievement not only possible, but incredibly easy. A bird now only needs to pass through the intersection of two gravity fields to gain the achievement. There are several levels on which this is possible, including the one listed below and in the comments.

A Lagrangian point is a point between two large bodies where if you place a small body with negligible influence on the two larger bodies (such as, say, a satellite between the Sun and the Earth), the gravitational force exerted by the two large bodies is equal in magnitude and opposite in direction such that they cancel each other out, thus enabling the small object to stay in equilibrium in that position in space relative to the bigger object.

Now, that’s for real life – in Angry Birds Space, gravitation works somewhat differently – unlike in real life where the gravitational field created by masses reaches infinity, gravity wells in Angry Birds Space only covers a certain area – an area that is conveniently marked out for you with a blue circle. As mentioned above, a Lagrangian point is a point between two larger bodies. In game, this translates to looking out for an area where two different gravity wells intersect.

The map which is most convenient to do this is 2-19, where you are given three large green birds to fire at three planets with significant amount overlapping gravity well to work with. Shoot the bird at the top of the building on the first planet, and the bird should slow down enough to hit the overlapping region between the two planets and hopefully stop there. 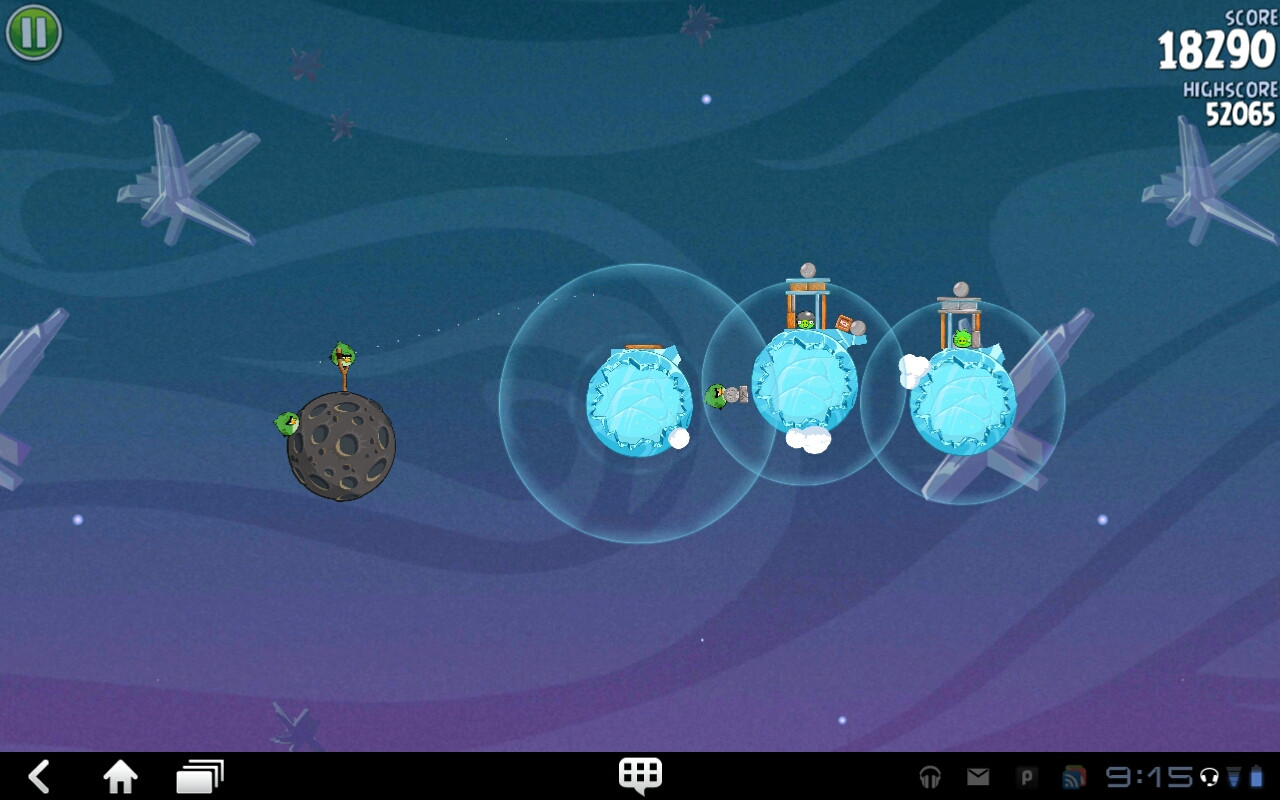 NB: I’m playing this on the Android version of Angry Birds Space, so there’s no achievements, and thus no way to actually test if this actually will give you the achievement, other than that it fits your description