I’m not a big tech person so the first time I’ve heard about it is in Cyberpunk 2077 discussions. Apparently only the really high end GPUs can support it properly.
What exactly is ray tracing? How will it change the graphics of a game? I’m wondering, because my GPU can’t support it, if I’ll miss out much.

In normal rendering, you have light sources, solid surfaces that are being lit, and ambient light. The brightness of a surface is calculated depending on distance and angle relative to the light source, possibly colored tint of the light added, the entire brightness adjusted by ambient (omnipresent) light level, then maybe some other effects added, or effects of other light sources calculated if they are present, but at that point the history of interaction between this light source and this surface ends.

In raytracing, the light doesn’t end at lighting up a surface. It can reflect. If the surface is shiny, the reflected light can light up a different surface; or if the ‘material property’ says the surface is matte, the light will dissipate and act a bit as ambient light of quickly decreasing level in the vicinity. Or if the surface is partially transparent, the beam can continue, acquiring properties of the ‘material’, changing color, losing intensity, becoming partially diffuse etc. It can even refract into rainbow and bend on a lens, And in the end the light that ends up ‘radiated away’ has no impact, only what reaches the ‘camera’.

This results in a much more realistic and often vibrant scene.

The technology has been in use for a long, long time, but it was always delegated to the CPU, and rendering of a single still image using raytracing would sometimes take days. It’s a new development that graphics cards got good enough that they can perform this in real time, rendering frames of animation of game as they happen.

Generating an image like attached below, in 1989 would take a couple days. Currently on a good graphics card it takes less than 1/60th of a second. 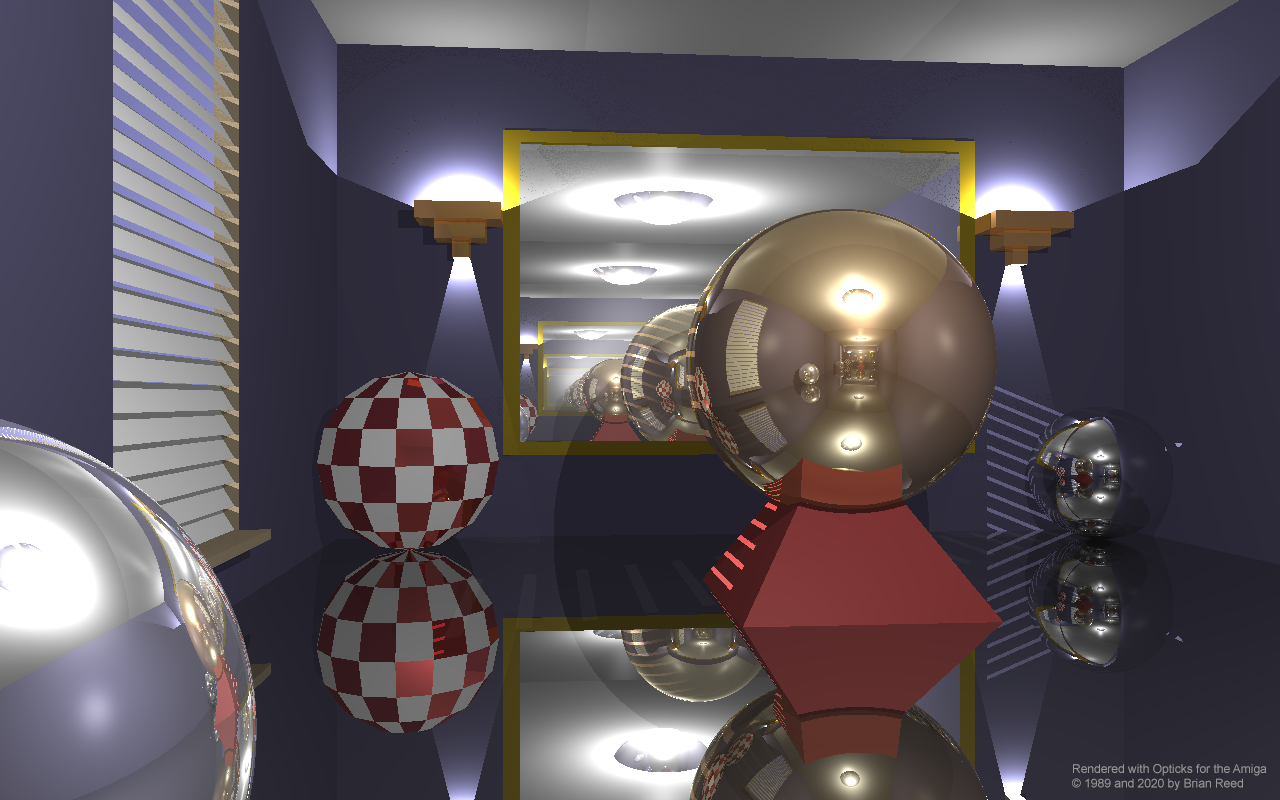