I noticed that a couple of my mods have a small symbol on top of the card, what does it mean? I’m not talking about the little squares, the symbol below them is the one I don’t know. 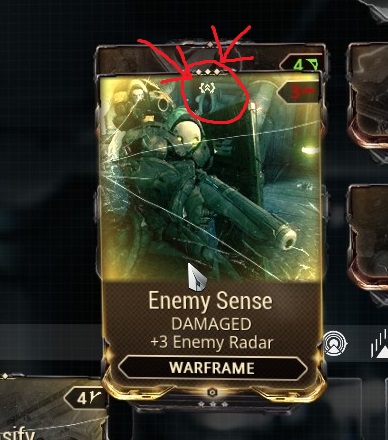 That icon means it’s an Exilus Mod, which can fit in an extra slot on your warframe (top right) if you unlock it with an Exilus Adapter.

They’re all utility mods so you get an extra slot for them, they also fit in regular slots.

A different icon in the same place can mean it’s an Aura or a Stance mod, both of which go in the top left slot of your warframe or your melee weapon respectively. Aura and Stance mod add mod capacity instead of taking it so they’re always good to use.