The wiki doesn’t seem to have much on the two splash weapons in game, Mad Milk and Jarate, in terms of splash radius.

After doing some testing, I would guess that it’s around 200 units. Jarate and Mad Milk seem to be the same, and neither distance nor height thrown from seem to matter. I think it’s a sphere that results from it, but I can’t be sure. It does require line of sight though. I’m not sure how to get unit counts. I took screenshots though if anyone wants to check my methods.

I started off just throwing Jarate until it wouldn’t soak, and marking it with bullets: 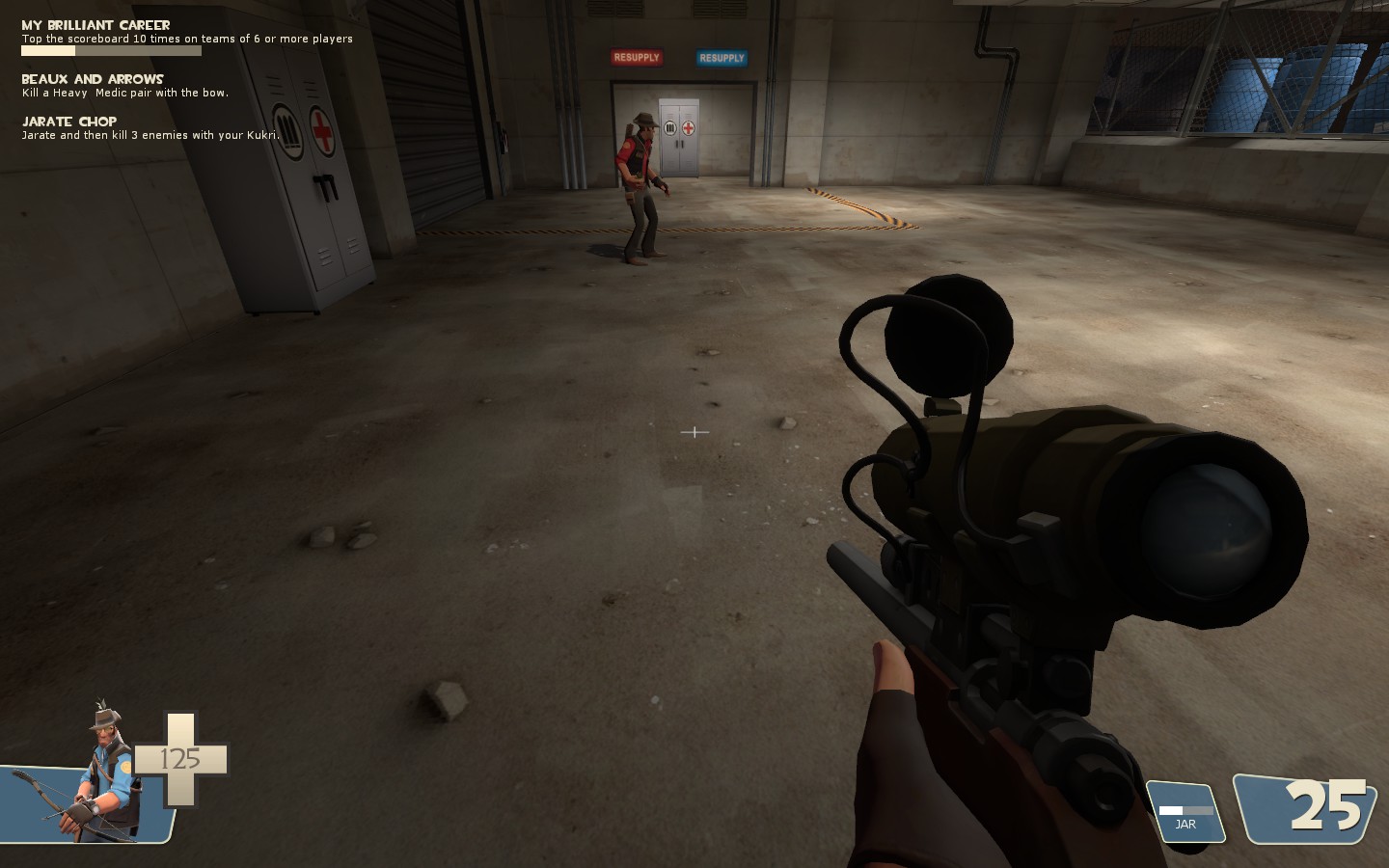 Once I determined that, I switched to scout: 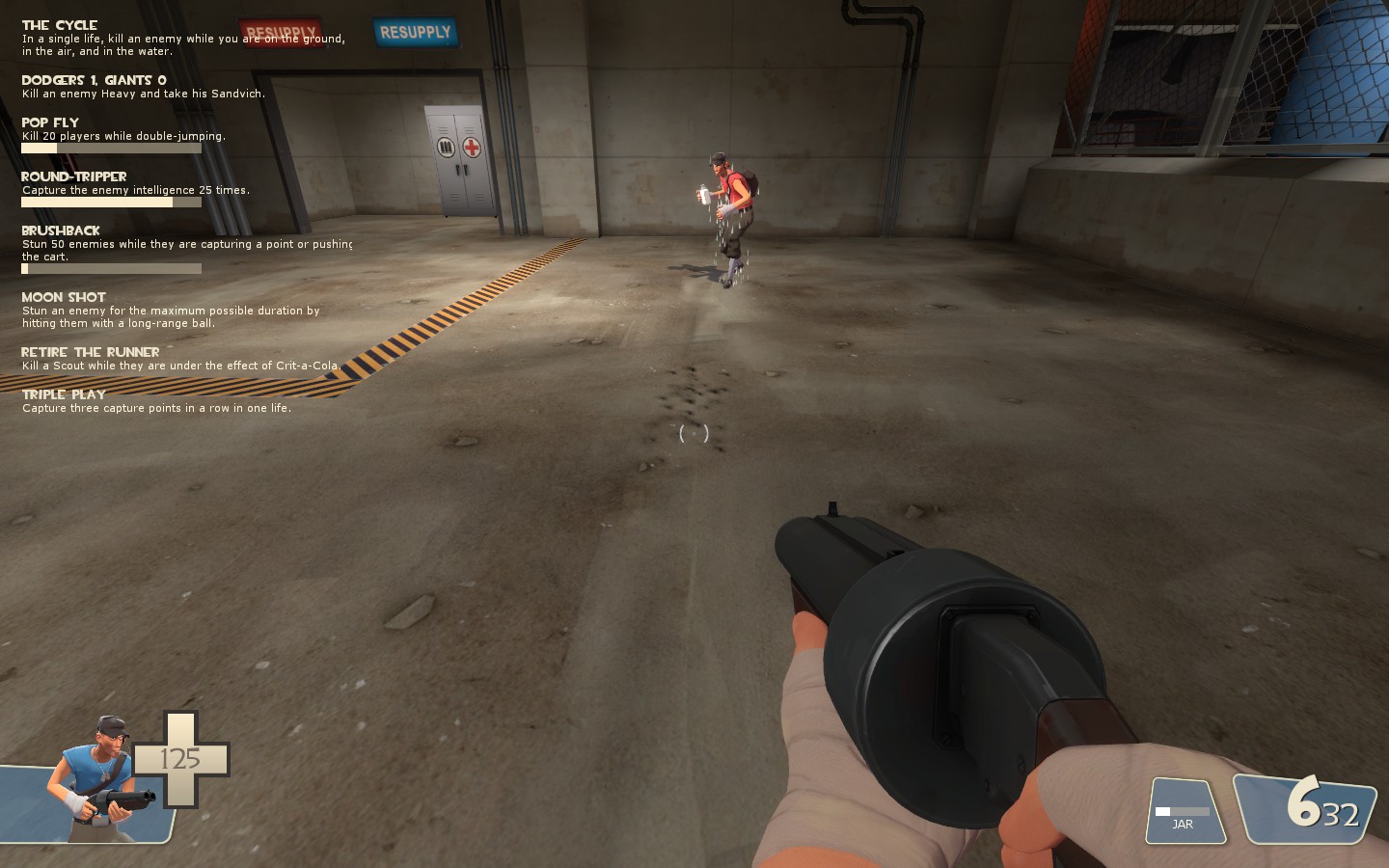 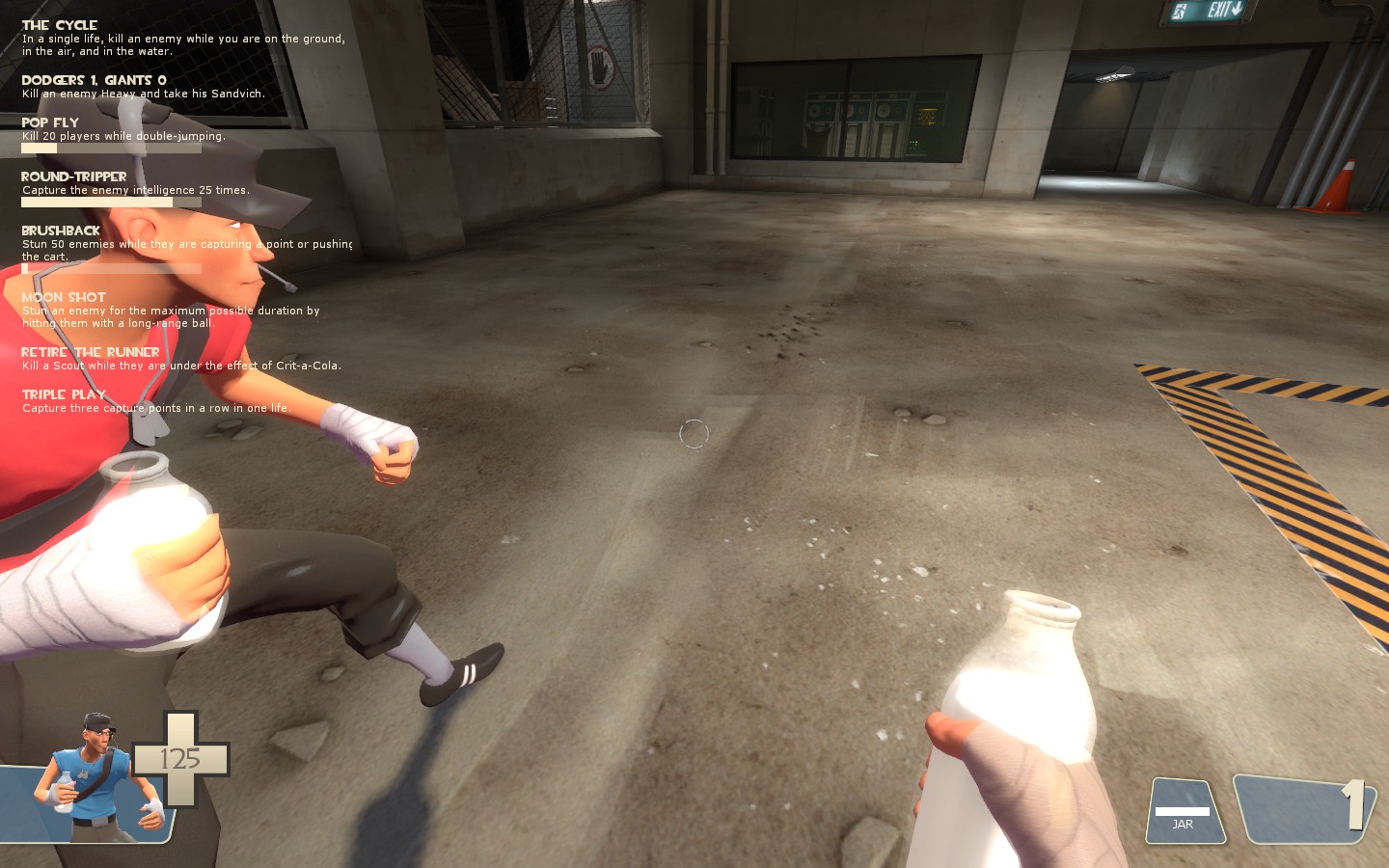 Then I tested the walls, where basically everything right of that ridge worked except the very upper-right corner: 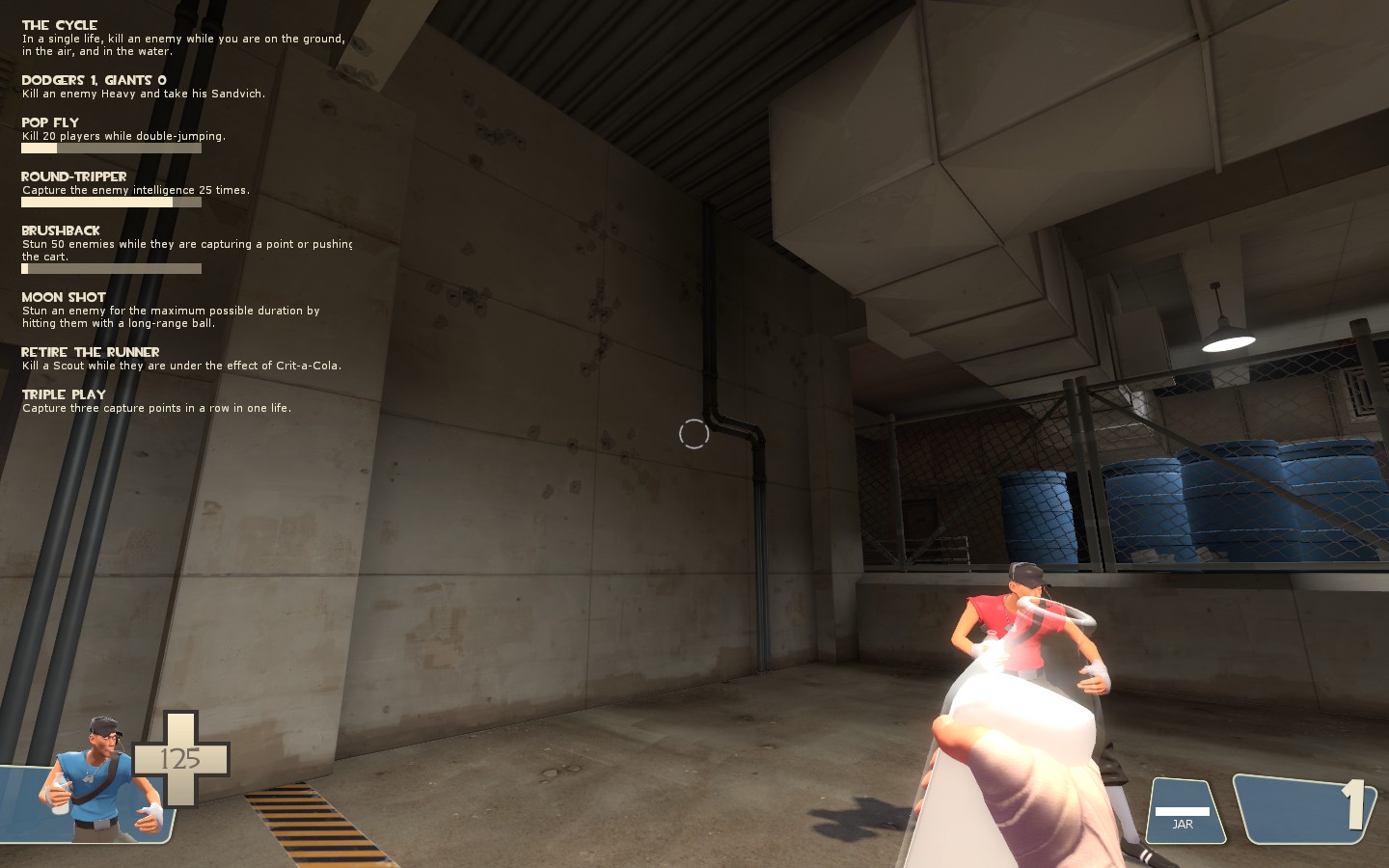 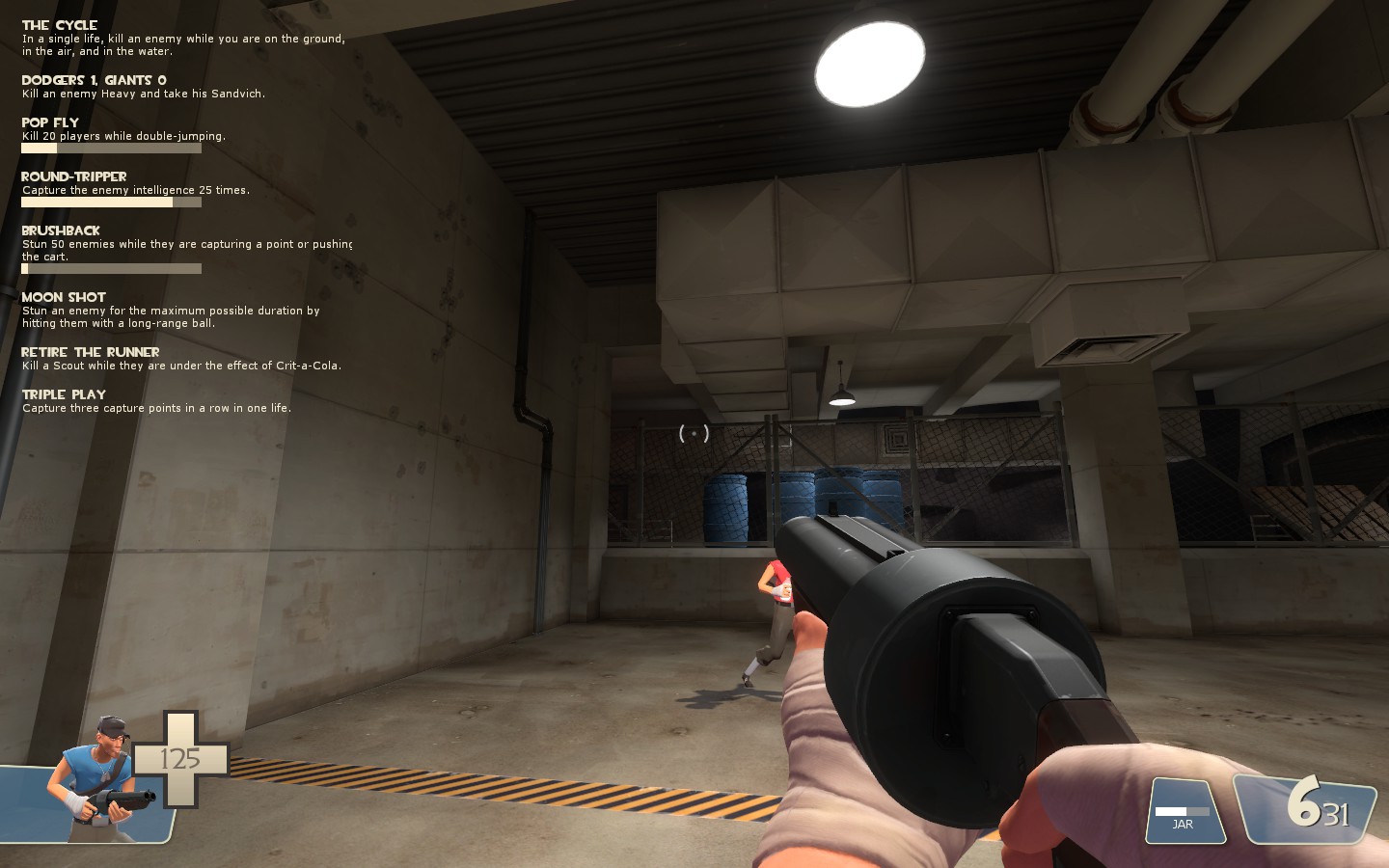 Since Pyro’s range is known, I started testing with him to guess the range: 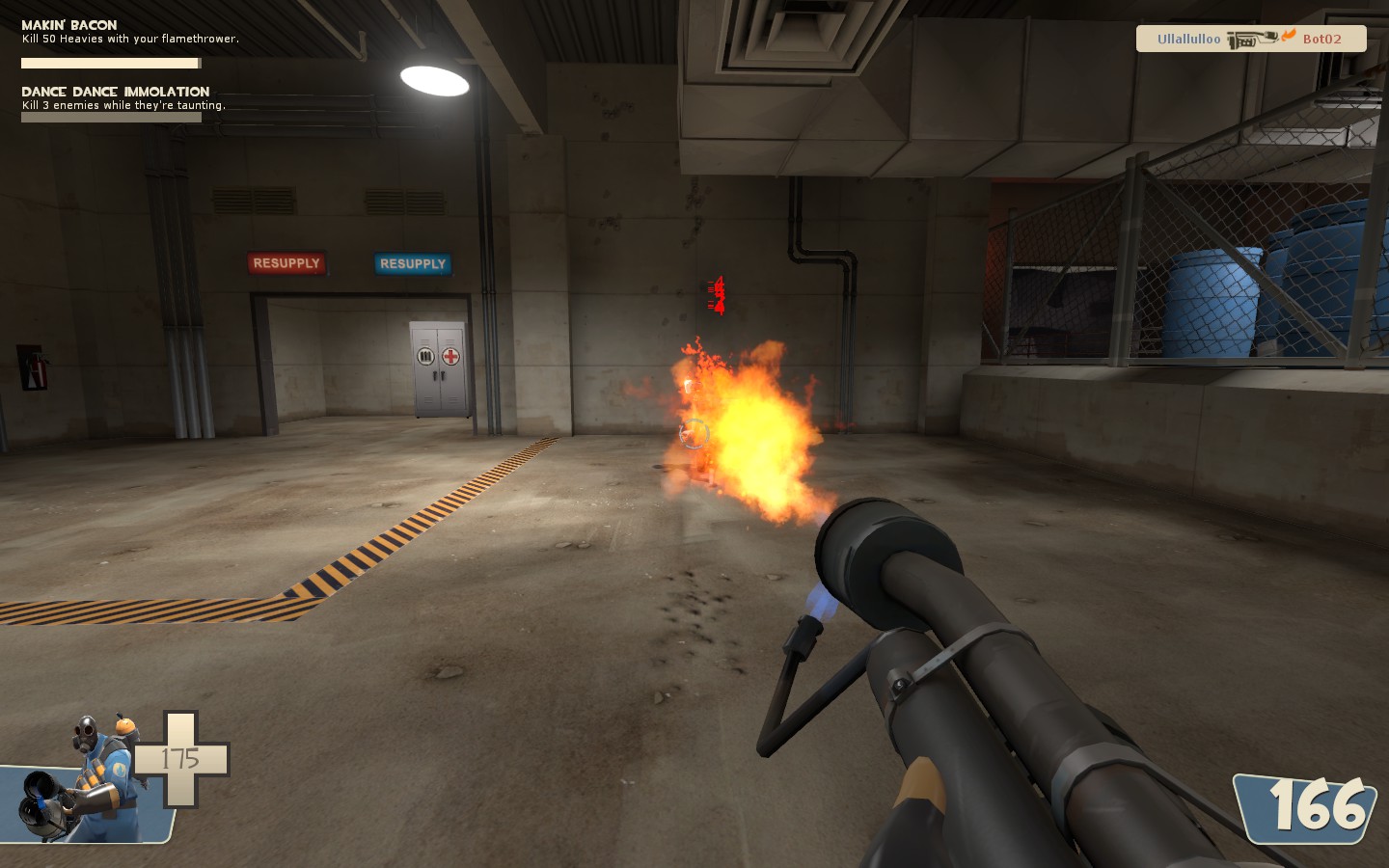 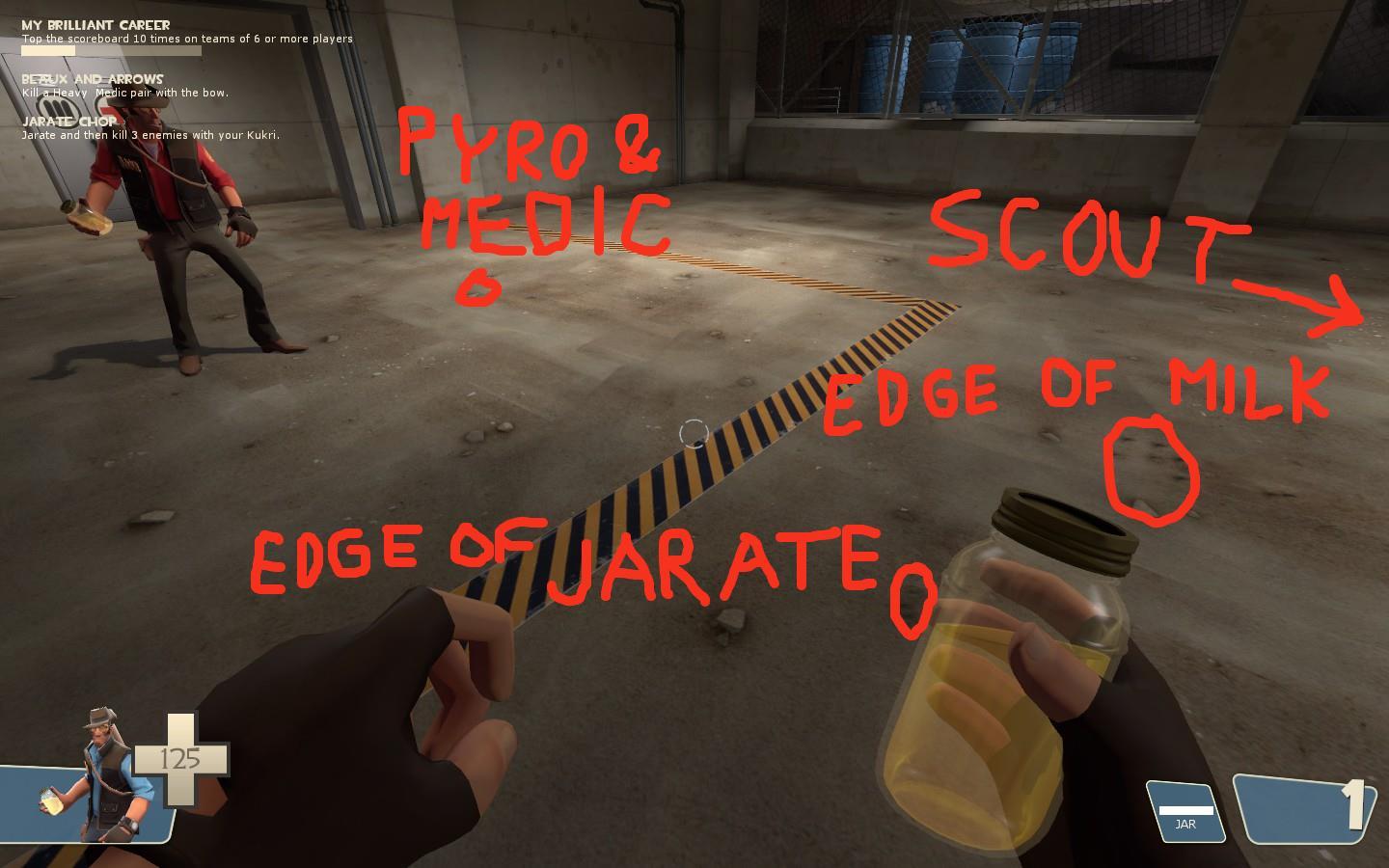 That means that it’s basically half of the Pyro’s range, which is 384. Half of that’s roughly 200, although there’s no way to be sure what kind of crazy splash formulas it uses for sure without Valve telling.