My character in Skyrim is a terrible smither who unbelievably still killed Alduin. But now repenting for his inexperience, he wants to learn from the best, Eorlund Gray-Mane. But having searched far and lo for him in Jorrvaskar and Whiterun as a whole, I finally got tired and used the console command player.moveto and put Eorlund’s reference ID. 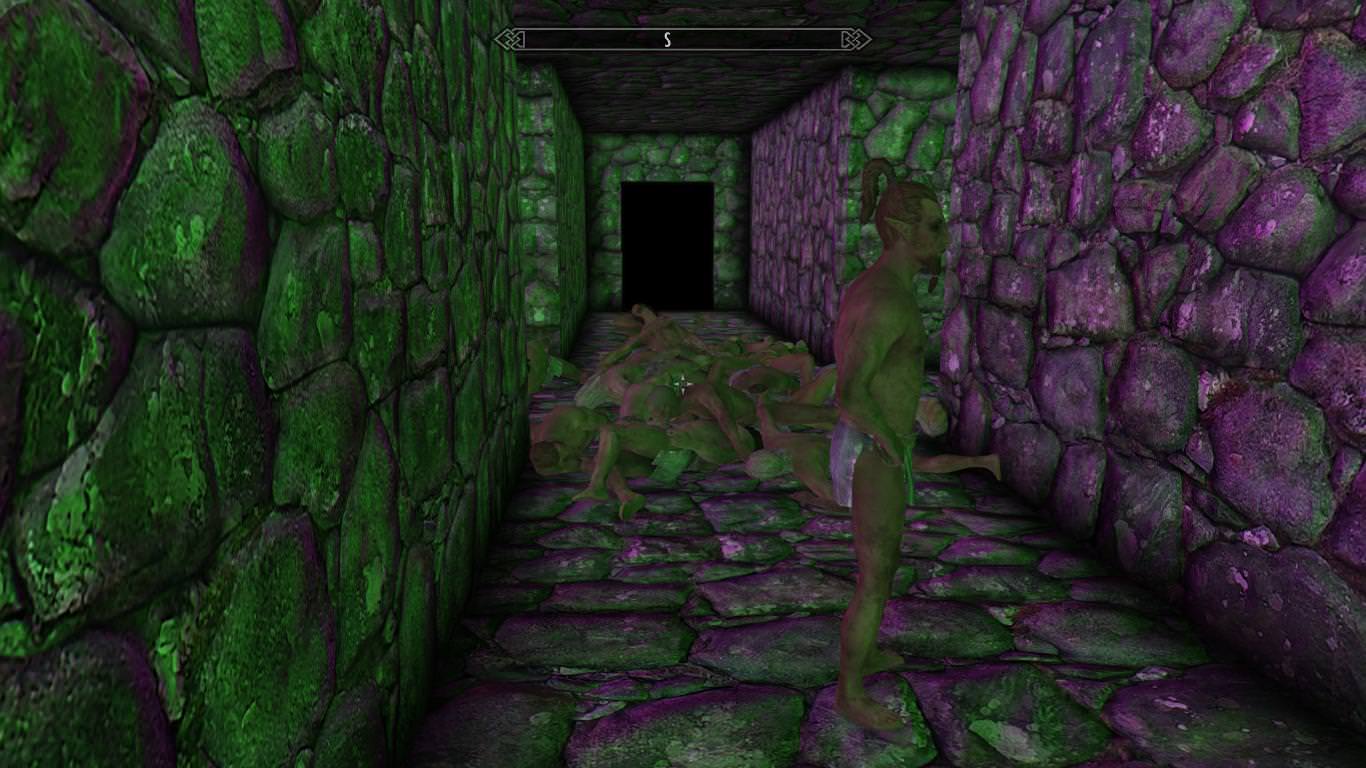 Where am I and why is everyone in tanning poses? Some of the dead guys are here such as Vittoria Vici, and Eorlund was among the pile too.

TLDR: What is this place and is Eorlund dead?

Malborn is the one standing there and in the Thalmor mission he escaped. Also I have no mods.

You are in the Dead Body Clean up Cell, an area in the game’s files used to store dead bodies. When a dead body has stayed in a spot for so long, it disappears and is sent here. You will have to use console commands to resurrect Gray-Mane. He somehow died and his body was sent there.