As a long time player of the Spy class, I value my knowledge of the Spy and how I can change my strategy to suit my situation. With the addition of the Conniver’s Kunai, I’ve been trying to find when the knife would be useful and how I could use it. 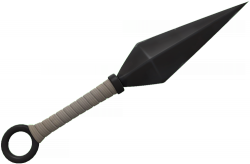 The best solution I’ve seen was when I’m defending on a payload map and attack a (distracted) team pushing the cart. I can get several stabs and keep my health high but still die in a few seconds when the team turns to kill me and I cannot backstab anymore.

I seem to find that the Conniver’s Kunai is set into a niche that Your Eternal Reward does better: Backstabing a large, distracted group. Any thoughts, opinions or comments?

I have hundred of hours play time with the Spy mostly using the classic knife and I was really interested to try the Conniver’s Kunai as soon as it has been released.

Unfortunately, the 60 health points limit is really low and with the high level of missiles, pipes and bullets spam that there is in Team Fortress 2 it is really difficult to sneak behind the enemy lines without accidentally dying.

In the end I tested the Conniver a lot and found only a few maps and situations where its efficiency (K/D-ratio) is comparable to the standard knife. These are usually large maps, like, for example, pl_badwater (red team), cp_badlands and cp_coldfront when you are pushed by enemy team and mostly defending.