Near the beginning of the movie Hackers, Kate and Dade play an arcade game involving ships flying down a trench, avoiding moving walls and shooting at enemy turrets. The game was controlled with dual joysticks.

Does this game exist as an arcade machine or other platform game around that time (1995)? If it’s purely for show, is it inspired by any popular arcade titles from the same era?

Here’s a screenshot for nostalgia: 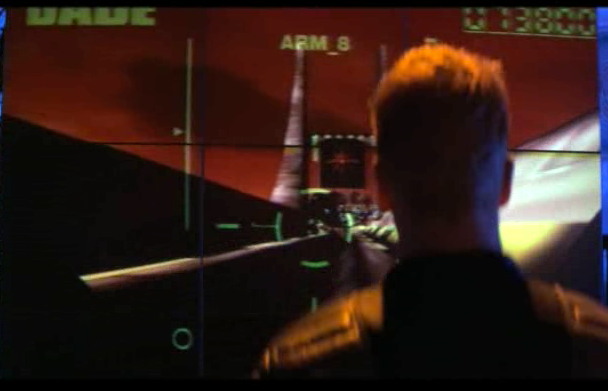 So, I always thought that the game was made up just for the movie, but it turns out it was an early version of Wipeout, which was released later that year (Sept ’95).