While playing Portal 2 I encountered several drawings on the walls: 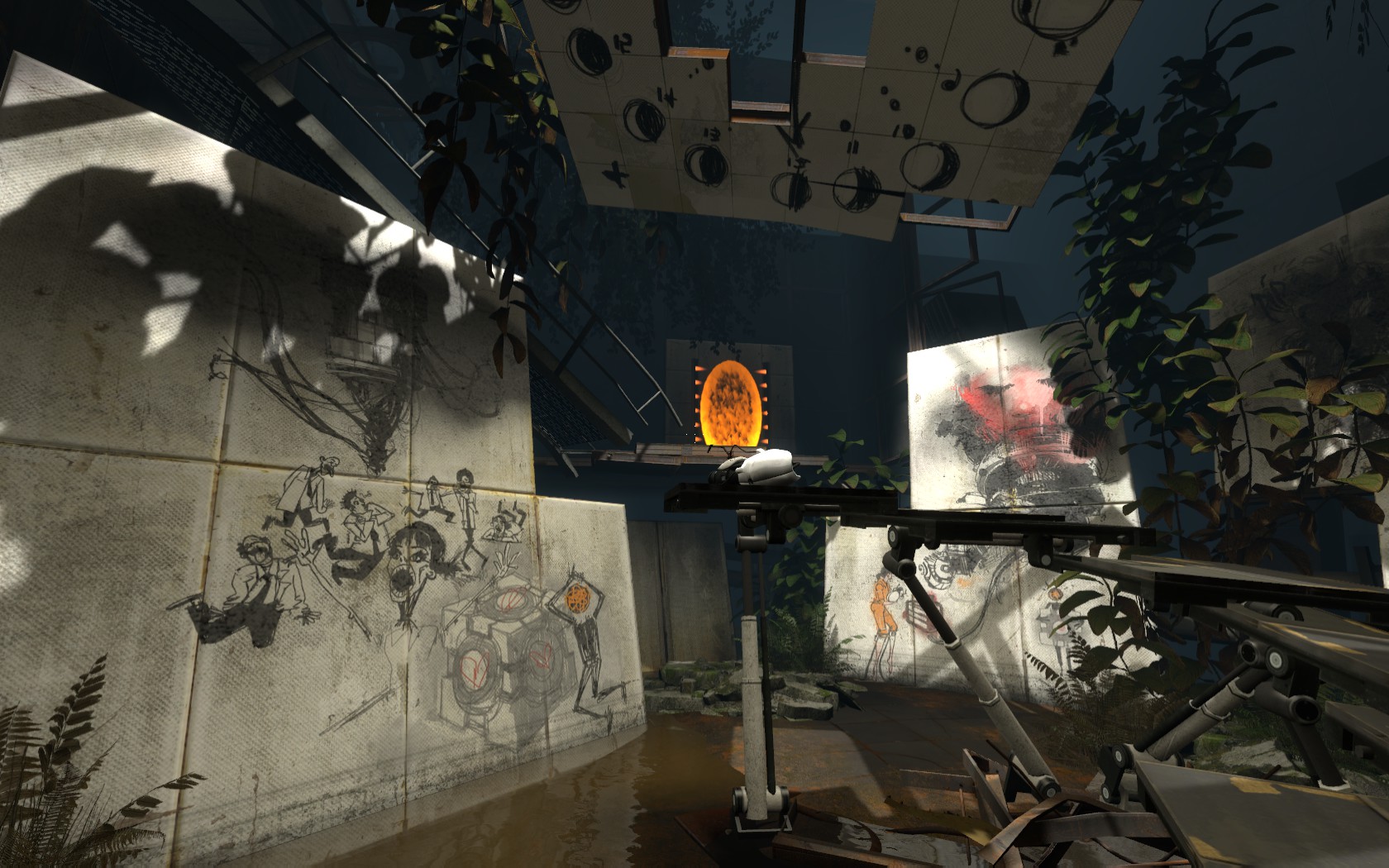 Something about someone getting shot, companion cubes, people choking on poisonous gas and Chell doing nasty things to GLaDOS. 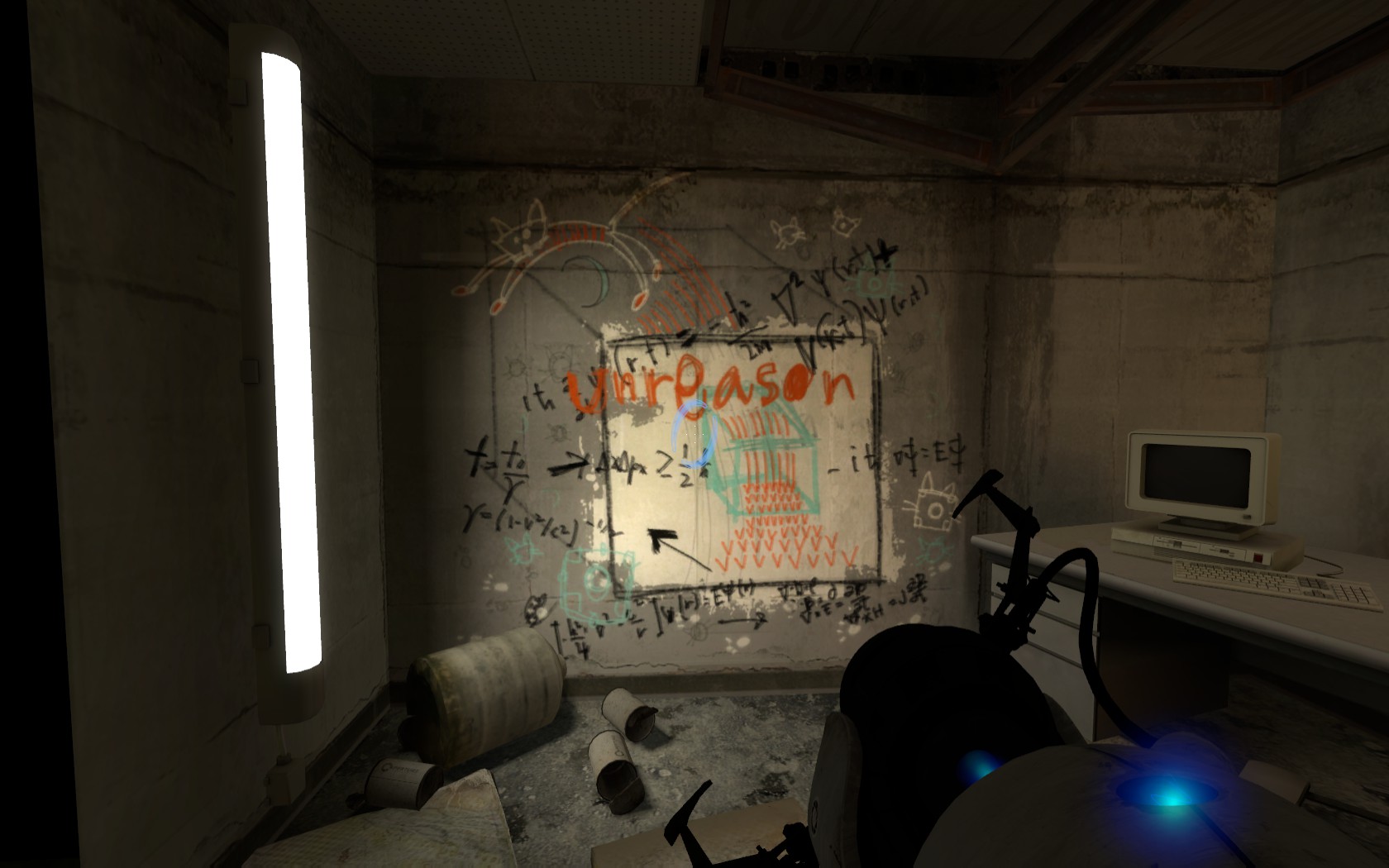 Something about Schrödinger’s cat (?) and mathematics that don’t make any sense to me. 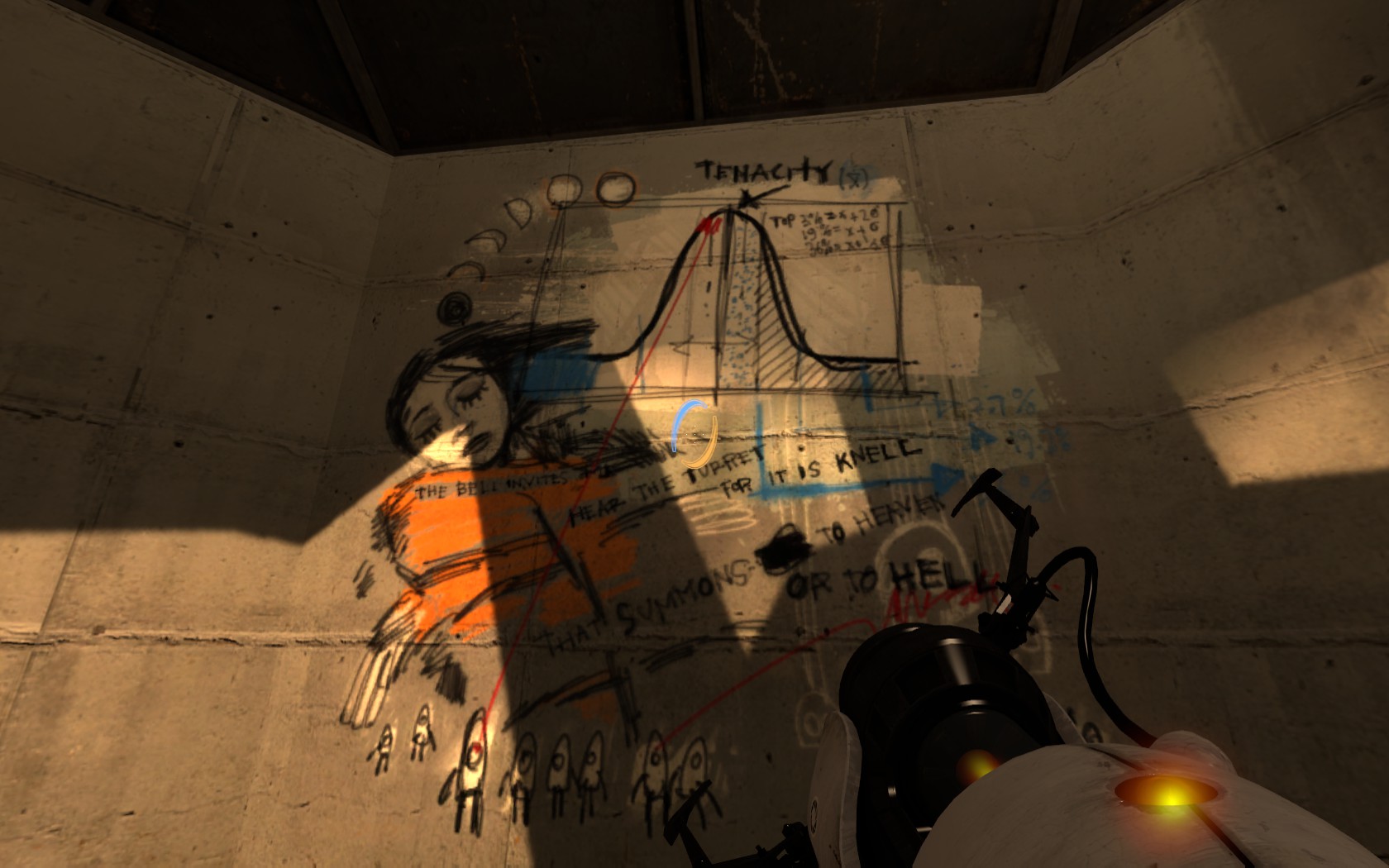 “The bell invites, hear the turret, for it is knell. That summons to heaven or to hell.” Apparently this is a Macbeth quote:

“I go, and it is done; the bell
invites me. Hear it not, Duncan, for
it is a knell That summons thee to
heaven or to hell.”

How it relates to the game however is a mystery to me. So does anyone know what the story behind them is and what they mean?

The drawings on the walls were done by the Rat Man (real name Doug Rattmann), a schizophrenic former employee of Aperture Science. He was convinced GLaDOS would continue to try to kill Aperture employees if switched on, and so took precautions when GLaDOS was ‘fixed’ and reactivated, thereby surviving GlaDOS flooding the Enrichment Centre with a deadly neurotoxin. He manipulated the order GlaDOS chose test subjects to put Chell first, as Aperture/GlaDOS had identified her as being abnormally tenacious and thus unsuitable for testing (hence the bell curve); his hope was that she’d be more capable of frustrating GlaDOS than he was.

The images you see around the portal gun are a retelling of the events in Portal; Aperture turns GlaDOS on; GlaDOS floods the Enrichment Centre with a deadly neurotoxin; Chell resists GLaDOS’s cakey temptation and destroys her, and is put into suspended animation.

Most of his handiwork is from after his pills ran out. Not all of it is logical.

Edit: also, see acmshar’s answer for the significance of the equations the Rat Man’s scrawled on the walls.