I know that if I make a redstone circuit that switches too often, my redstone torches will ‘burn out’ and stop working. Under what circumstances does this happen? Will a slow circuit eventually burn out? If not, what’s the maximum ‘clock speed’ for a circuit such that it will never burn out?

The fastest clock that will not burn out is the 4-clock. A common design is this one:

I think all repeaters must be set to 4 to remain stable, but I’ve been fine setting them to 3 before.

Edit: I did some research, to investigate. I have found that a torch needs at least 8 ticks total delay between pulses to prevent burnout. So the repeater clock with 4 repeaters should be set to at least 2 ticks each. 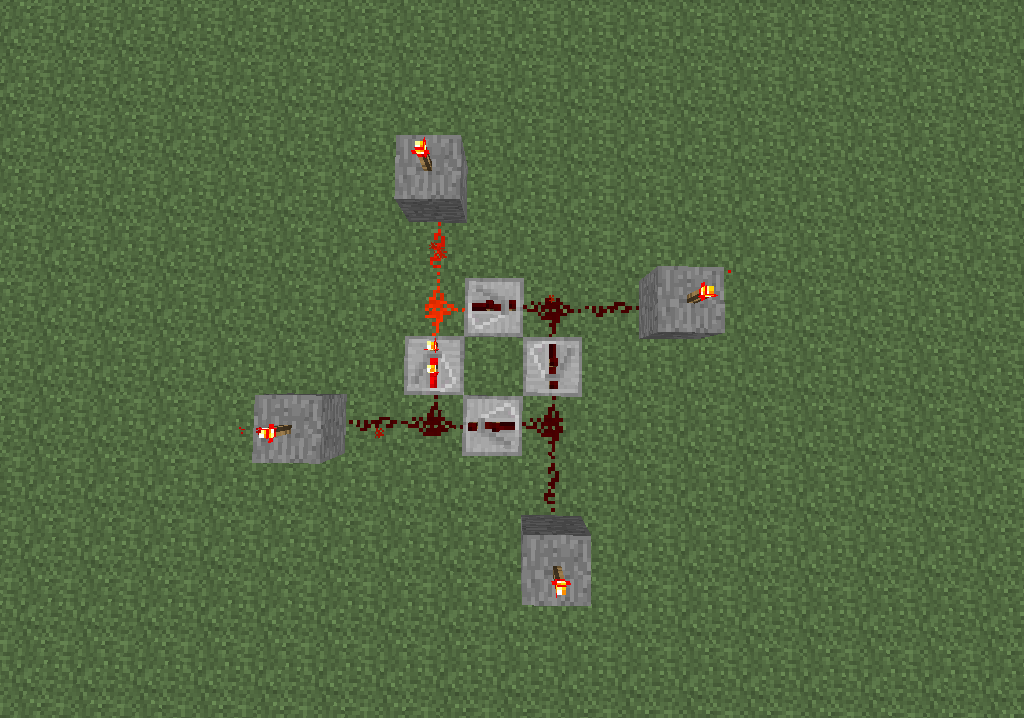 Basically, my experiment involved that basic repeater clock hooked up to 4 torches. I started with them each at 1 tick delay, and, as expected, all of the torches burnt out very quickly. I increased the delay on the repeaters one by one until the torches stopped burning out. This point came when each repeater was at 2 ticks delay (though the torches were probably pulsing too quickly for most devices).

Though it should be noted that torches can be extremely buggy sometimes; sometimes, pulling a lever will burn a torch out…