I was browsing Reddit the other day when I saw this amusing image from The Witcher 2: 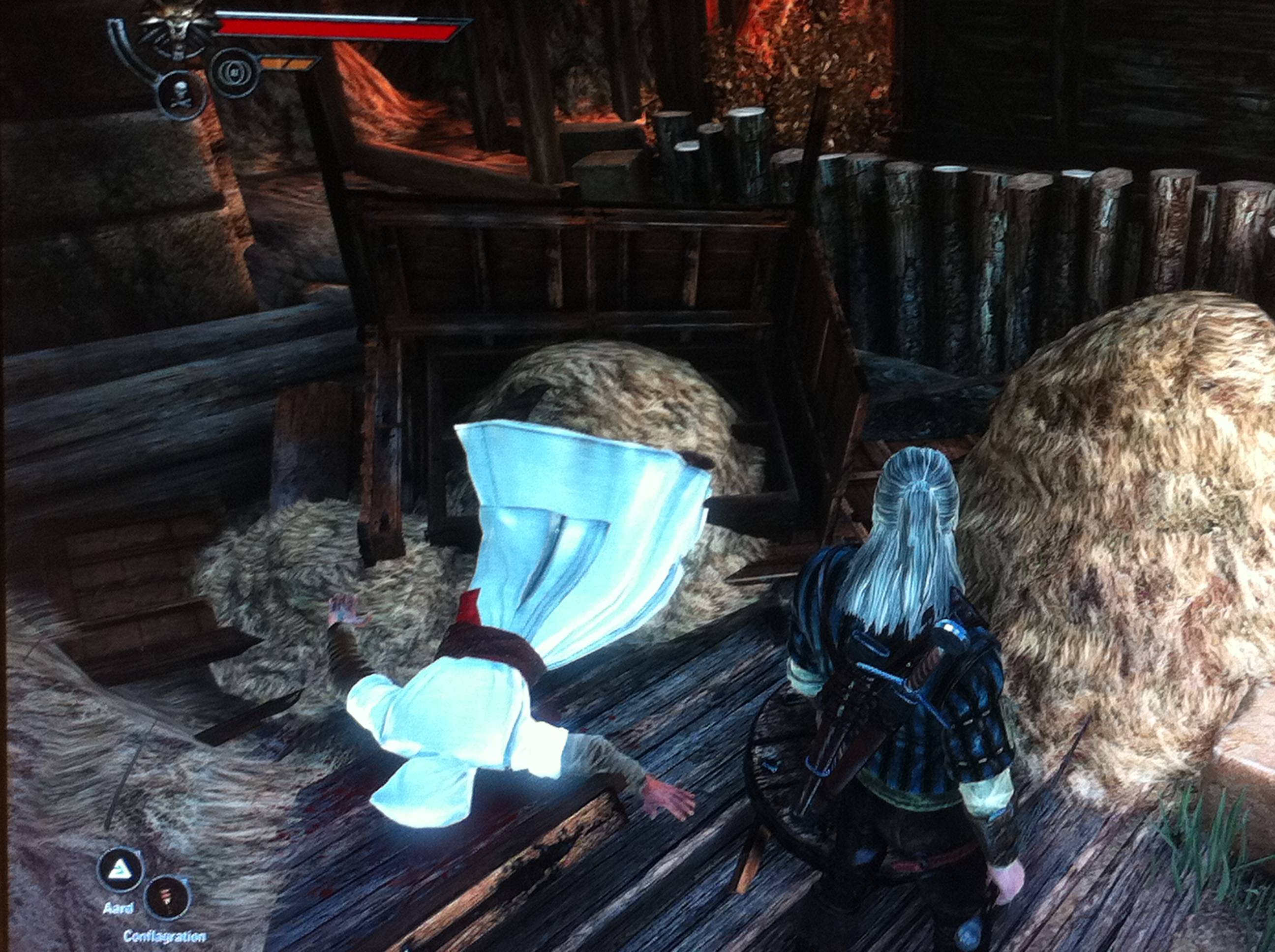 I want to be able to find this for myself when I play the game. Where do I find Altair?

This is located in La Valette’s castle, very early in the prologue (The King’s Will, Part 2 – Barricade).

The king orders you to capture and use the ballista. You drop down the scaffolding on the wall and turn left to see the ballista. You’ll have to fight several foes to reach it. Once you’ve beaten them, continue past the ballista, toward the closed gate. Poor Altair is on your right, slightly hidden by the castle wall.

Upon finding him, you’ll receive a bonus ability, assassin, which grants you +25% damage when attacking an enemy from behind.