On the Attackers first stage spawn there is a side route that seems to be reachable by some heroes but not all that stretches over the frozen river on the left. 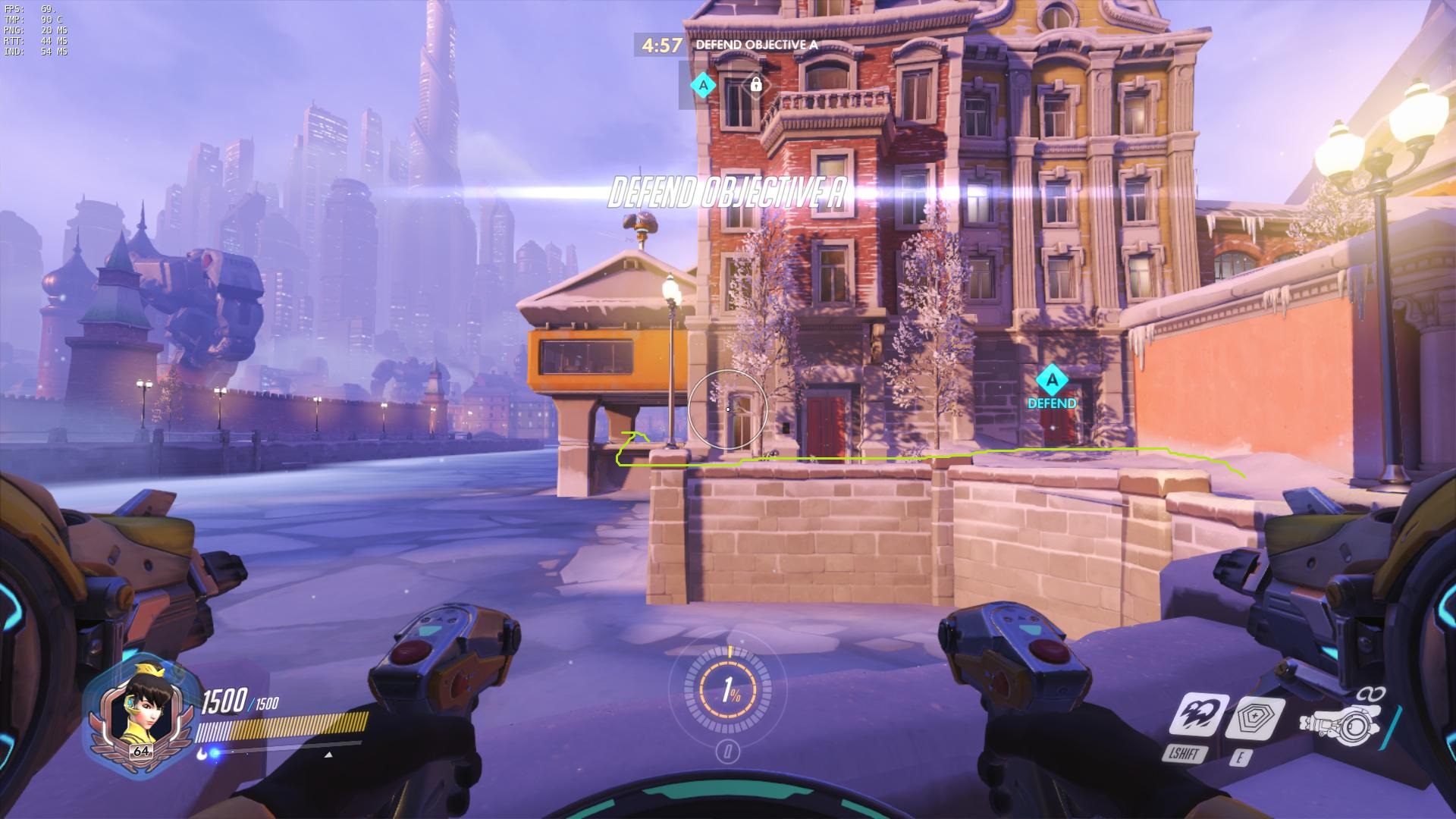 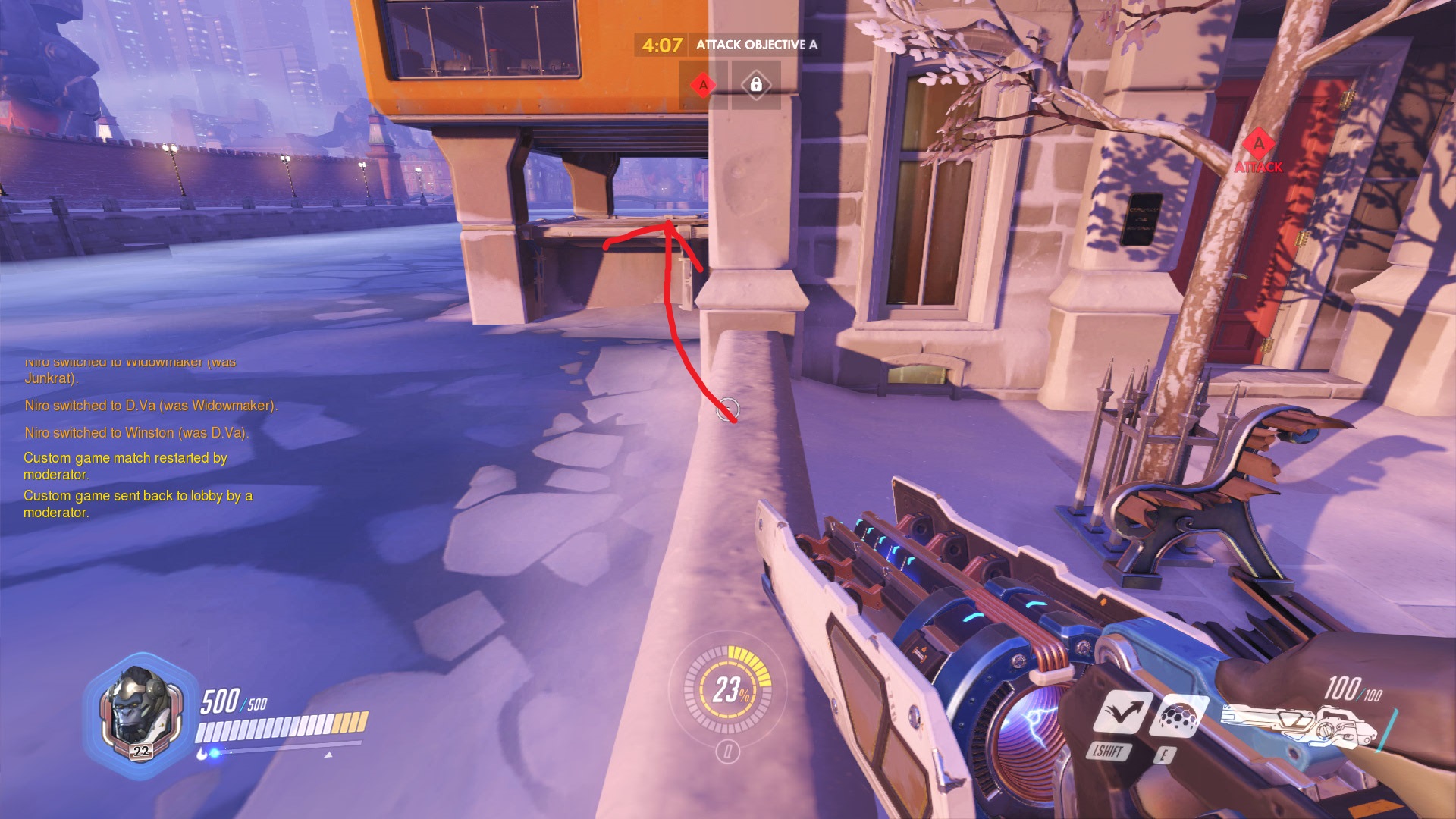 I’ve tested this with easier mobility heroes, like D.va, and Pharah, who can both clear the jump. However, I’ve tried testing Genji and Tracer, and I can’t seem to get across as easily or consistently, or in some cases just plain unable to, like with Hanzo and Widowmaker, who I’m not sure can clear the jump are not.

Which heroes can make this jump, and how so?

Alright, after some rough science, I know for a fact the following heroes can reach that outcropping:

Genji – The trick with Genji is to jump out as close to the wall as possible. From there, turning and wall running up that wall will give you some additional height. From here, it’s possible to use his second jump, and his Swift Strike to reach the ledge.

Pharah – This one’s pretty self explanatory. Reserved use of her Hover will get you to the platform. If you feel you need additional height, you can use her Jump Jets so you have some more leeway in your travel. Additionally, you can use her Concussive Blast to give you an added push toward the outcrop before hovering onto it.

Reaper – Can simply teleport to the outcropping. Probably the easiest of the group to get there.

Tracer – If you jump off the ledge from fairly close to the corner, it is possible to use all three of her Blinks to reach the ledge, but the timing can be tricky.

D.Va – So, I may have been wrong about Reaper being the easiest. D.Va can simply use her Boosters to reach the ledge, but you want to be somewhat close to the corner of the starting point due to the short duration of the skill.

Winston – This was probably the hardest one for me to get. I failed 4 out of 5 times before finally succeeding. The trick here is to get a running start, angled more toward the outcropping like so: 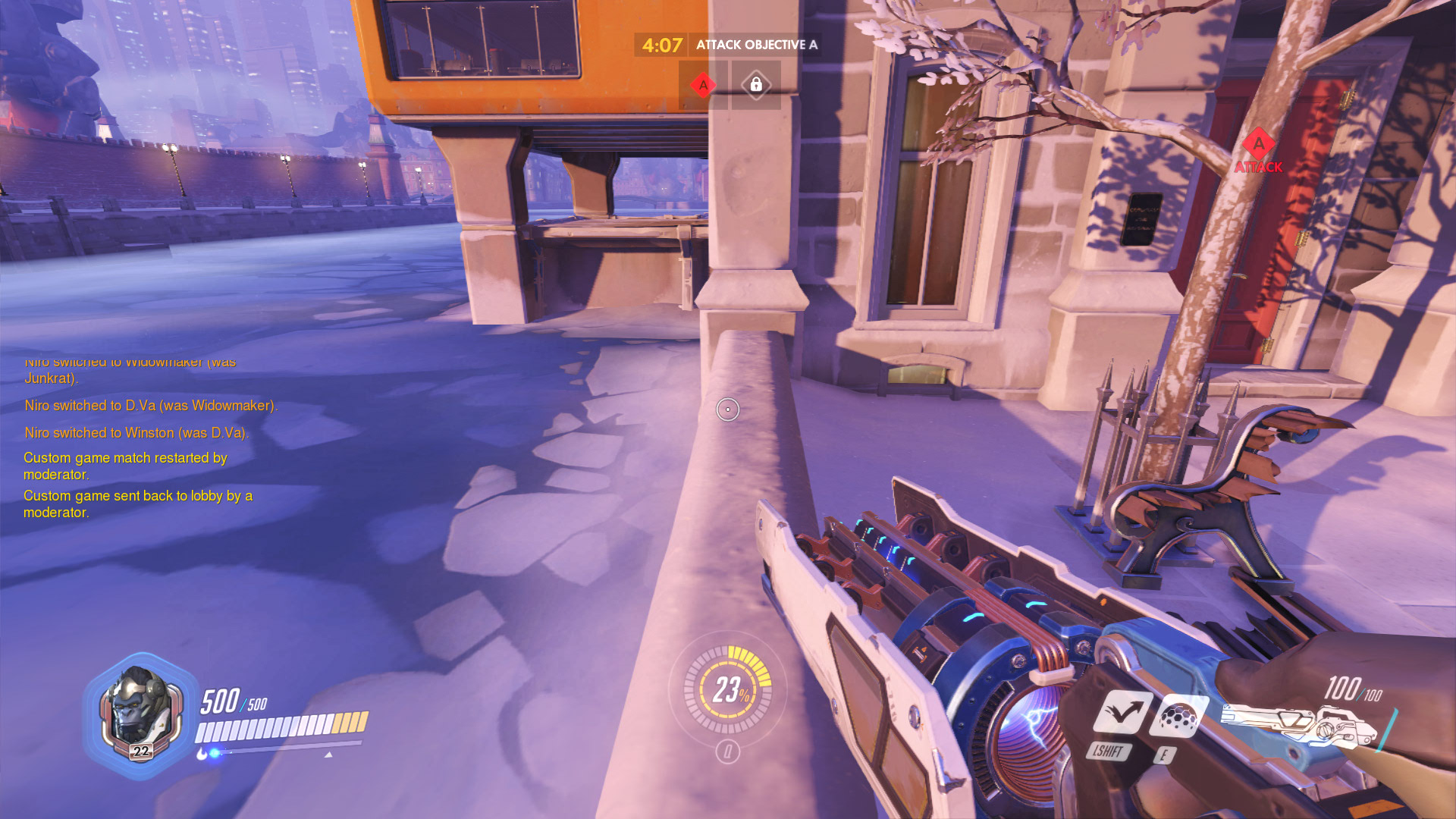 From here, it is possible, but quite difficult, to use his Jump Pack to reach the outcropping. With practice, I could see it being quite useful, as it gives you almost direct access to areas I normally see a Widowmaker or Bastion set up.

Lucio – Lucio is able to use his Wall Ride to reach the outcropping, but the last jump off the wall and into the space can be difficult if you aren’t handy with his Wall Ride (I wasn’t, but I managed to make it work). His Speed Boost helps get you there faster, but it’s still possible to make it without the Speed Boost active.

Mercy – I wasn’t able to test this myself, as I hopped in the match solo to try the other heroes, but the comments below confirm that Mercy can make it if she has someone on the outcropping to whom she could Glide.

Widowmaker – I came close a number of times. Tauntingly close, even. Her hook would grab the ledge, and I would start to be pulled to it, but my pinky toe would touch the water, killing me instantly. However, Sepia’s answer shows that yes, she can make it.

Junkrat – Per the comments and Sepia’s answer, Junkrat can make it with careful use of his Concussion Mine. I wasn’t able to get it to work, but I will be the first to admit I am terrible at maneuvering with his mines.

Sombra – With her Translocator, it’s possible for her to clear this gap as well. You just have to aim high so the Translocator hits the edge of the platform on its downward arc.

Symmetra – With her rework, Symmetra and her teammates can clear this gap together.

Unfortunately, no other heroes were able to make it to the ledge. I tried with everyone who I thought might stand a chance, but that still leaves nearly two-thirds of the available heroes behind to risk the choke point.