I sometimes hear the noise and see the subtitle “Minecart rolls”. These sounds usually occur when a minecart is moving on rails, but at the time and place where I heard the sound, the closest mineshaft was about 1000 blocks away (calculated using /locate) and I hadn’t had any minecarts nearby

I would think it is just cave noises, but they have a different subtitle. What is going on?

This is the result of bugs: MC-37557 and MC-91163, fixed in 1.16. Essentially, sometimes it would occur as chunks containing the minecarts are being generated.

Also, the /locate command is quite quirky, but mineshafts are far too common to have over 1000 blocks to the nearest one. This is a map of all mineshafts in a 2000×2000 area, picked at random out of a random seed: 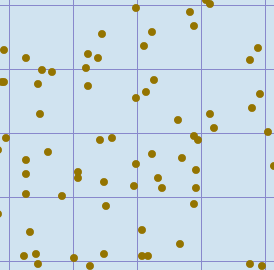 so if you’re standing in the center, this is roughly how many mineshafts you have within 1000 blocks. It’s nearly impossible you’d find a seed where not a single one appears within that radius.