It’s the middle of summer and I like to plant melons since they bring in some good money. For some reason, two of them withered even though they get watered everyday by my iridium sprinkler. 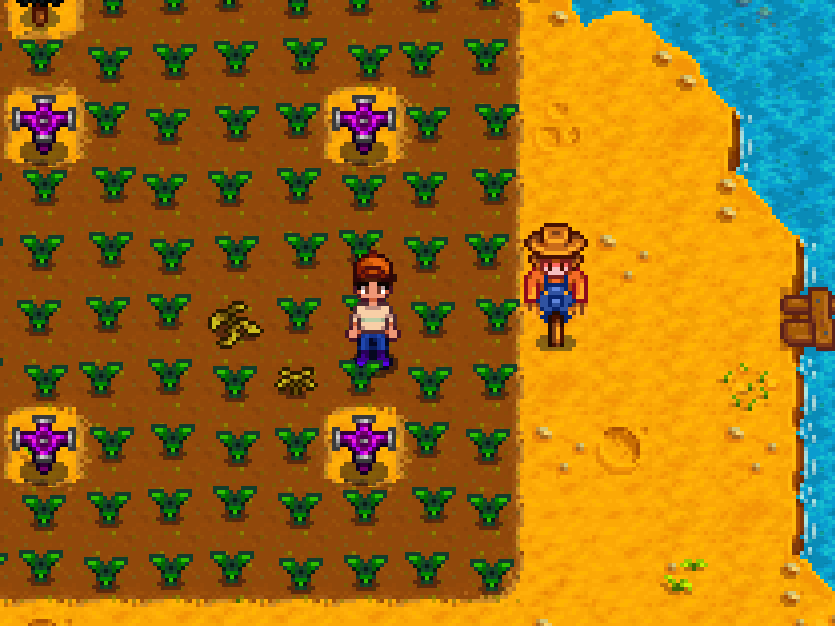 Why did they wither? The season hasn’t changed with them planted (it’s day 14 in my current summer). The same thing happened earlier with my poppy flowers as well which are also watered by a sprinkler.

Since you said that you think there was a thunderstorm recently, your plants may have died because lightning struck your crops. From this thread:

Lightning storm could of struck the crop?

It is most probably a lightning, because it has just happened to me.

I still dont have rods and a day after a terrible two day storm one of my crops its just dead.

In order to prevent this, you’ll need to build a lightning rod somewhere on your farm. It’s worth noting that this won’t completely protect your crops (apparently prior to build 1.07, they did virtually nothing to help).

The exact placement of the rod on The Farm has no bearing on the chance to intercept a lightning strike, rods do not protect a specific area. They have about a 50% chance to be struck.

As of patch 1.07: Lightning is more likely to strike trees than crops, but a Lightning Rod now has a very good chance of intercepting lightning strikes (if they aren’t already processing a lightning bolt) It is also not necessary to be on the farm while the lightning strike happens.

As an aside, you can tell that it wasn’t due to crows, as they will eat your crops, not leave a dead one.