I just played Skyrim again and used the Steam Workshop to mostly install cosmetic mods like HD textures, realistic water, the Ridgeview housing, and a mod that promises to add more enemies to the world.

So far, these mods have not been damaging to the lore of the game, but yesterday, after finishing “Mercer” and obtaining the skeleton key, I was on my way to the Pilgrim’s Path when I made a stop at Whiterun and found an NPC in Nightingale armor selling “epic” items like these: 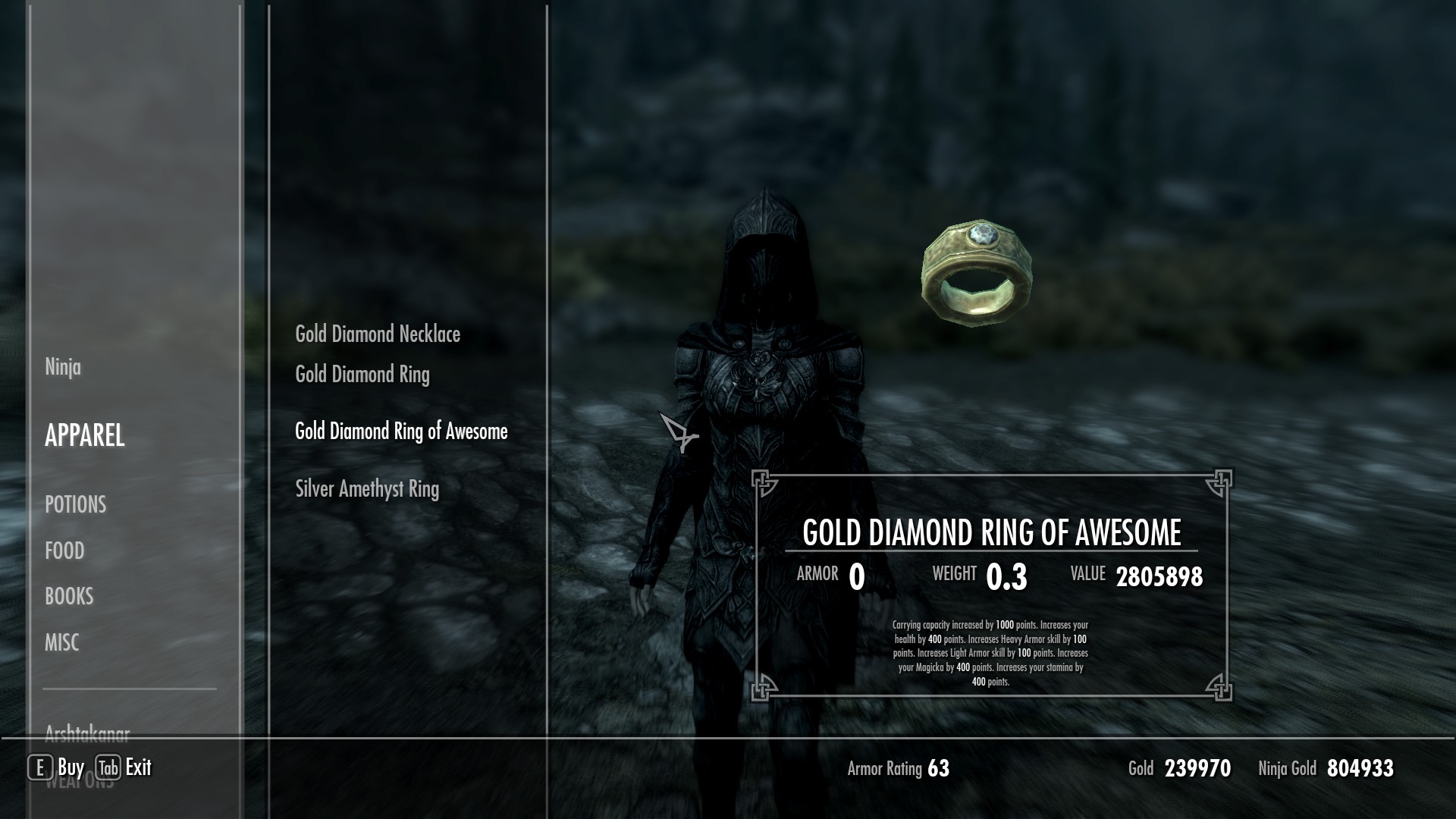 The funny thing is that the merchant had voice acting. As I continued to the Pilgrim’s Path, I also found a follower named “Steve” full equipped in Daedric armor that I could hire for free.

Is this some mod that screwed up my game?

This is not a part of the base game. Nor is Steve. Both are added by the Epic Creatures of Skyrim mod.

BUT WAIT, THERE’S MORE!!!!!!
Do you ever get tired of having tons and tons of gold and nothing to spend it on? Well, now there is an NPC outside Whiterun (she’s wearing the Nightingale armor, and is standing near the stables) that sells a ton of expensive and overpowered stuff that I added to the game! She sells spells, armor, weapons… almost every item that I’ve added to the game, you can buy from her. Now you can go back to the times when you were scraping for every gold piece.

There is also an NPC named steve. You may have heard of him. Well, he’s decided he’ll help you on your adventures and stuff now, if you want.
(that means he’s a follower)

Are the two relevant segments of patchnotes. Looks like this mod adds a bunch of ‘awesome’ stuff of dubious value to those uninterested in breaking the game.