On my way to work this morning I saw what appeared to be an egg with 0 CP in a gym. 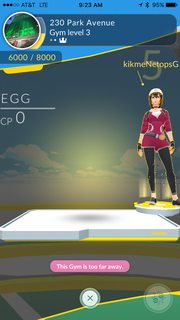 Is this a glitch with the game (like an error state), or did someone actually modify the game to place an egg in a gym?

There currently is an exploit in which people can assign eggs to a gym, as they are technically considered Pokémon in the game code (they have a pokemon_id). This as far as I can tell requires an API and a few other things in order to extract the id of the egg and put it into a gym. Since eggs are not meant to be in a gym, they have a cp of 0, no move set, and end up breaking the gym in such a way that it cannot be defeated. Thus a person can permanently hold a gym most likely until the bug is fixed or they get banned.