I’m on a Defend the Train mission with the Frozen Titans and it occurs to me that freezing the train would be a great way to defend it. It gets some protection from damage, and I don’t need to worry about it slamming into any enemies with it’s movement. I’ve also got the Ice Generator upgrade which freezes a large area of the map, so I could easily freeze all the enemies including the train, which would go a long way to securing my success in the missions. The only thing, though, is I’m not sure if I’ll actually get credit for defending the train if I freeze it on turn 1, and it never reaches the other side of the map.

Can I freeze the train and still get full credit for the Defend the Train objective?

Yes. I just tested this in a mission by freezing the train on turn 1, and I got full credit for saving the train: 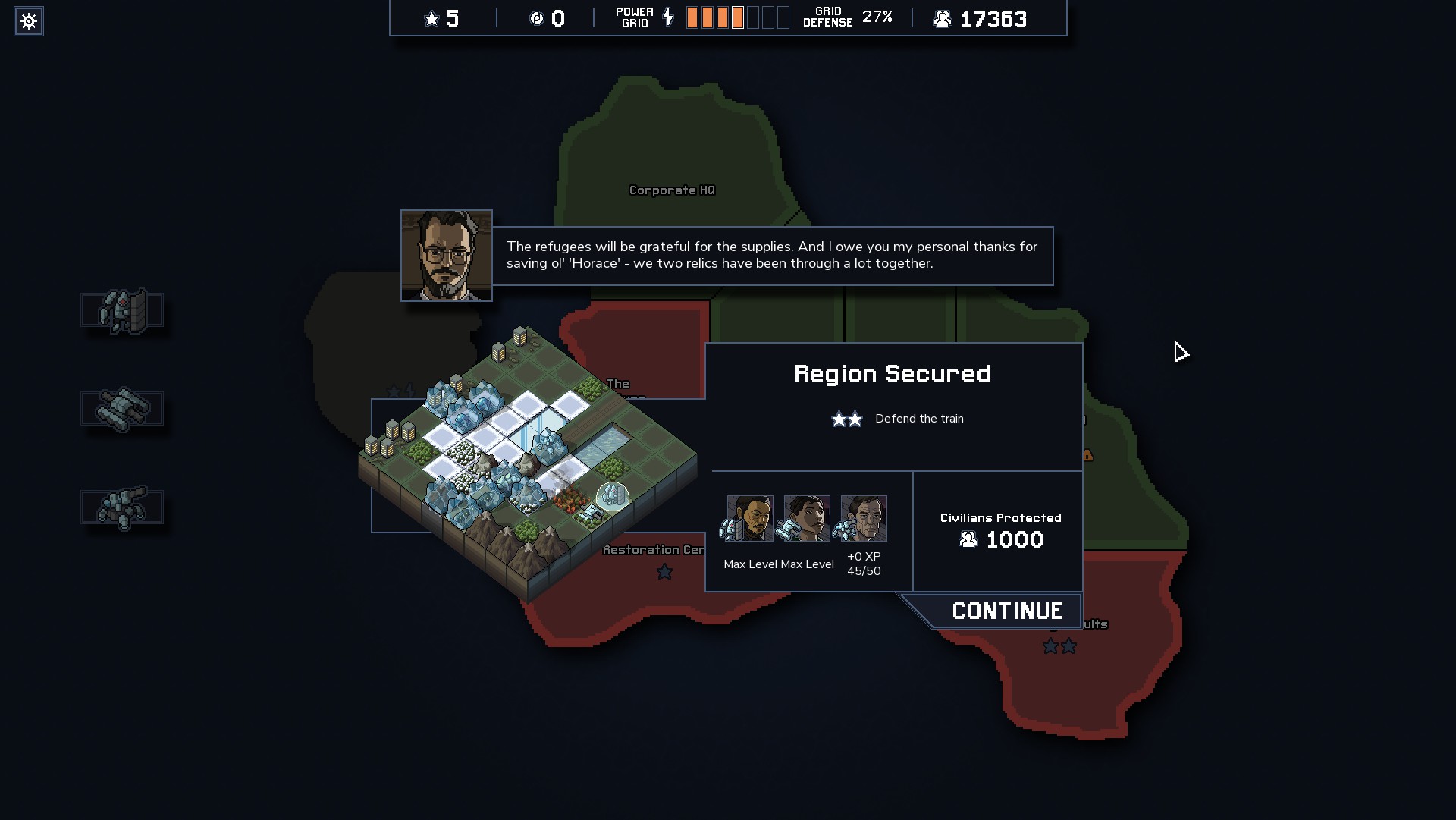 As far as I can tell the “Defend the train” objective is based purely on if the train takes damage, it doesn’t actually need to reach the other side of the map.